The new Aston Martin DB11 will use Mercedes technology

Aston Martin has already confirmed that the successor of the DB9 will be called Aston Martin DB11 and will be launched in 2016.

Andy Palmer, the new boss of Aston Martin, has already confirmed to car Magazine that the successor of DB9 will be called DB11.

Quoted by Car magazine, Andy Palmer stated: “The coming years will see Aston Martin transform not only its entire range of models, but also its scale and global presence and the new Aston Martin DB11 will be central to that success”. 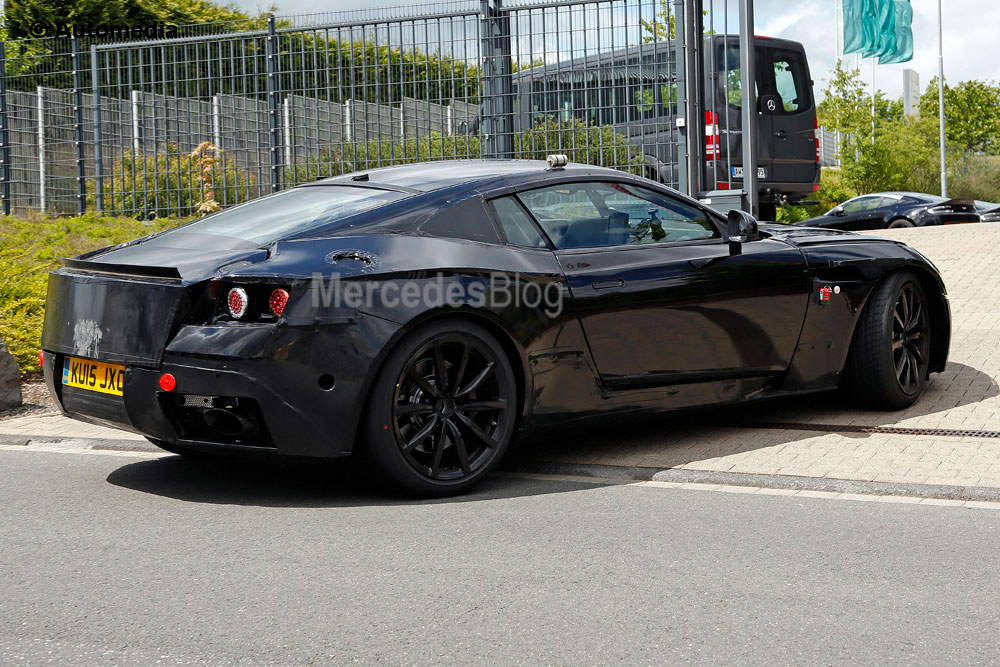 The new Aston Martin DB11 will be released at the end of 2016 and will use the Mercedes turbo engine and electrical architecture including S-Class digital instruments and switchgear.

The future DB11 will use also Comand interface controller and switches for heating, drive train settings and other things, as Car magazines revealed.

Car magazine spy photos capture some details including a paperwork left in the vehicle, which refers to the VH500 codename. This means that the Aston Martin DB11 will continue to use the in-house VH aluminium architecture.

There are still rumours about the engines, but Car magazine believes that both V8 and V12 will be used and both will be turbocharged.

It seems that Aston will carry over the new bi-turbo 4.0 litre V8 AMG, which you can find under the bonnet of the AMG GT and the C 63 AMG, even if Aston has been testing a variety of engines in its mules. In the DB11, the engine will be tuned to produce a distinct power and aural delivery to differentiate itself from the Mercedes version.

Car magazine also revealed that Aston will not carry over the V12 turbo from Mercedes, but the current 6.0 litre V12 made by Ford in Koln, which will have a smaller displacement and will be turbocharged.

The new Aston Martin DB11 will have its world premiere at Geneva Motor Show in March 2016. It is the first new Aston from a new era and the solid base for all new models which will come, including the first crossover in the Aston Martin history, which will use also the VH aluminium platform and not the Mercedes SUV platform.