What happens when huge power meets stubbornness? Well, it seems that even the mighty Actros SLT was forced to stop when encountering a flock of sheep that blocked the road ahead.

The Mercedes-Benz Actros SLT was developed by Mercedes-Benz in order to meet the requirements of the highly demanding transport segment. The basic SLT vehicle is manufactured at the Mercedes-Benz Wörth truck plant and completed by the Custom Tailored Trucks subsidiary in Molsheim, France. 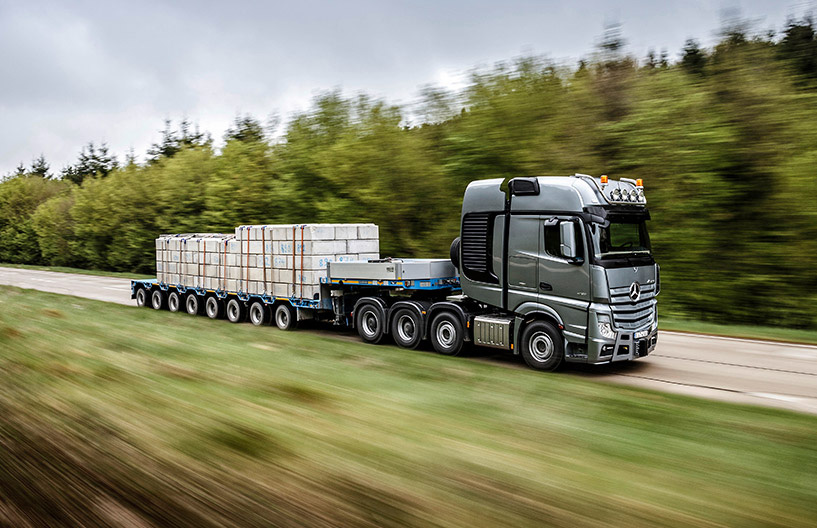 As you expected, the SLT is a high-tech heavy-haulage vehicle that was designed to cope even with the highest levels of stress and strain. But the defining feature of this impressive vehicle is its imposing and mighty design. Regarding the engine, the Mercedes-Benz SLT is powered by the OM 473 in-line six-cylinder unit, 15.6 l displacement with maximum 460 kW (625 hp) of output and up to 3000 Nm of torque.

But all these performances did not seem to help the Actros SLT when he had to face the flock of sheep that blocked the road ahead.

The Actros SLT has a gross combination weight of 250 tonnes and it can easily shift heavy loads. Everything may go according to the plan, but when hundreds of sheep block the road, things might change. It may be the end of the journey even for such an imposing vehicle. When you’re blocked in the middle of nowhere, signals, lamps or headlights won’t help you at all. This funny incident happened on the Panzerringstraße of the former military training zone in Münsingen, the place where brand-new SLT heavy-haulage trucks that weigh a total of over 170 tonnes do their circuits. But this huge site located in the Swabian Alps also provides grazing grounds for sheep, meaning that it’s common for a truck or any other vehicle to encounter a flock of sheep or any other wild animal.

Nonetheless, the ring road was clear again after just a few minutes. Without any harm to a person or an animal – or damage to a heavy-duty truck.