So much for the 1-2 finish in Silverstone. Nico Rosberg gets a 10-second penalty that drops him down to the third position, behind Red Bull’s Max Verstappen. The Mercedes-AMG PETRONAS officials are planning to appeal the decision.

“Avoid the 7th gear, Nico, just shift from the 6th straight to the 8th”, was the radio communication that got the German into trouble and signed his downgrading. But without the information, the German might have called it a day 5 laps before finish.

Nico Rosberg lost precious time and ground when a major malfunction affected his gearbox. The Mercedes team gave him instructions on how to work through it to avoid potential terminal failure. But article 27 paragraph 1 of the FIA’s Formula One Sporting Regulation states that the driver must drive the car alone and unaided. 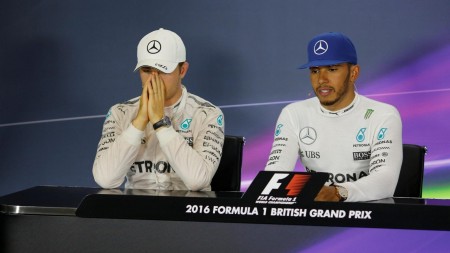 “Having considered the matter extensively, the Stewards determined that the team gave some instructions to the driver that were specifically permitted under Technical Directive 014-16,” said the statement released by the FIA officials.

“However, the Stewards determined that the team then went further and gave instructions to the driver that were not permitted under the Technical Directive, and were in Breach of Art. 27.1 of the Sporting Regulations, that the driver must drive the car alone and unaided.”

The Mercedes-AMG PETRONAS team seemed to know exactly what they were getting into. Their faces on the live transmission, after the radio communication in question, says it all, even though the statements after the race show a very diplomatic Toto Wolff.

“I think the basic idea of limiting the drivers communication to not coaching them and not making them look like remote-controlled, is good. But maybe with these technologies and the amount of electronics, it should be allowed, at least when there is terminal failure. If you have a dominant failure, you can act. But FIA can decide either way, it’s their call.”

After the changes at the top in the Britain’s Grand Prix, Lewis Hamilton is now just one point behind Nico Rosberg, with 167 and 168 points, respectively.

The German’s contract is still on the executives table, yet unsigned. If the two penalties in the last two races will weigh in on it remains to be seen.