New info about the Mercedes E-Class 2016

The new Mercedes E-Class will put a lot of pressure on Audi A6 and BMW 5 Series with the design in S-Class style, hybrid versions, top quality and a new multimedia system with a new operating system.

Mercedes-Benz has great expectations with the new E-Class, which was a best seller in the past with W123 and W124 generations.

Former C-Class and E-Class generations were built on different platforms and the former E-Class Coupe and Cabrio were based on the C-Class platform even both beared the E badge.

The current C-Class and the new E-Class will share the same MRA lightweight architecture used for all Mercedes with rear wheel drive. But a full four seater two door big class E-Class Coupe will not exclude the CLS planned for March 2018.

AMG GT4 is also on the pipeline but this version will be developed in Affalterbach and is planned for September 2018. There is also in discussion a successor for the R-Class which could be offer only with electric propulsion.

The new 3 liter 6 inline engine family code name M 256 will debut in the new E-Class. The family will be completed with the new 2 liter 4 cylinder engines. Power range will start from 150 HP to 560 HP for the AMG V8 bi-turbo 4.0 liter engine.

Mercedes will not give up the solution of classic hybrid versions. The new E 400 Hybrid will combine 367 HP of the new six inline 3 liter engine with a 20 HP electric module while the new E 450 Sport AMG with 435 HP will have a power boost of 27 HP from an electric engine. AMG works also to a Hybrid version while the top version S of the E 63 AMG with 4Matic will offer more than 600 HP. A Maybach luxury version based on a long wheelbase E-Class was suprised by paparazzi. 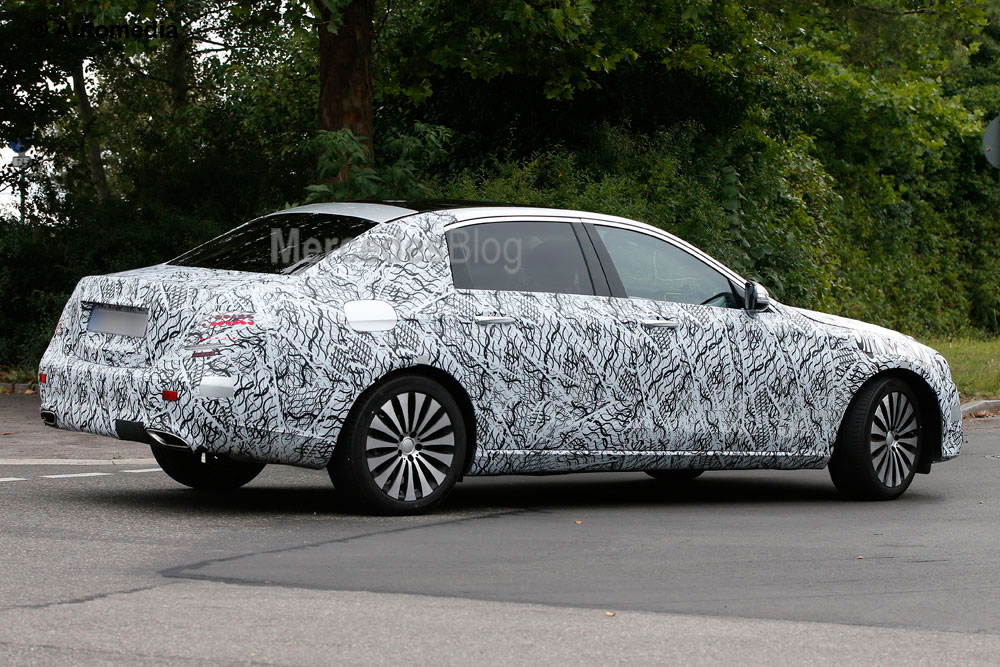 The layout of the dashboard with two 12.3 inch displays will be similar with the S-Class but the operating system is totally new. The digital instrument cluster is optional and not standard like in the S-Class. 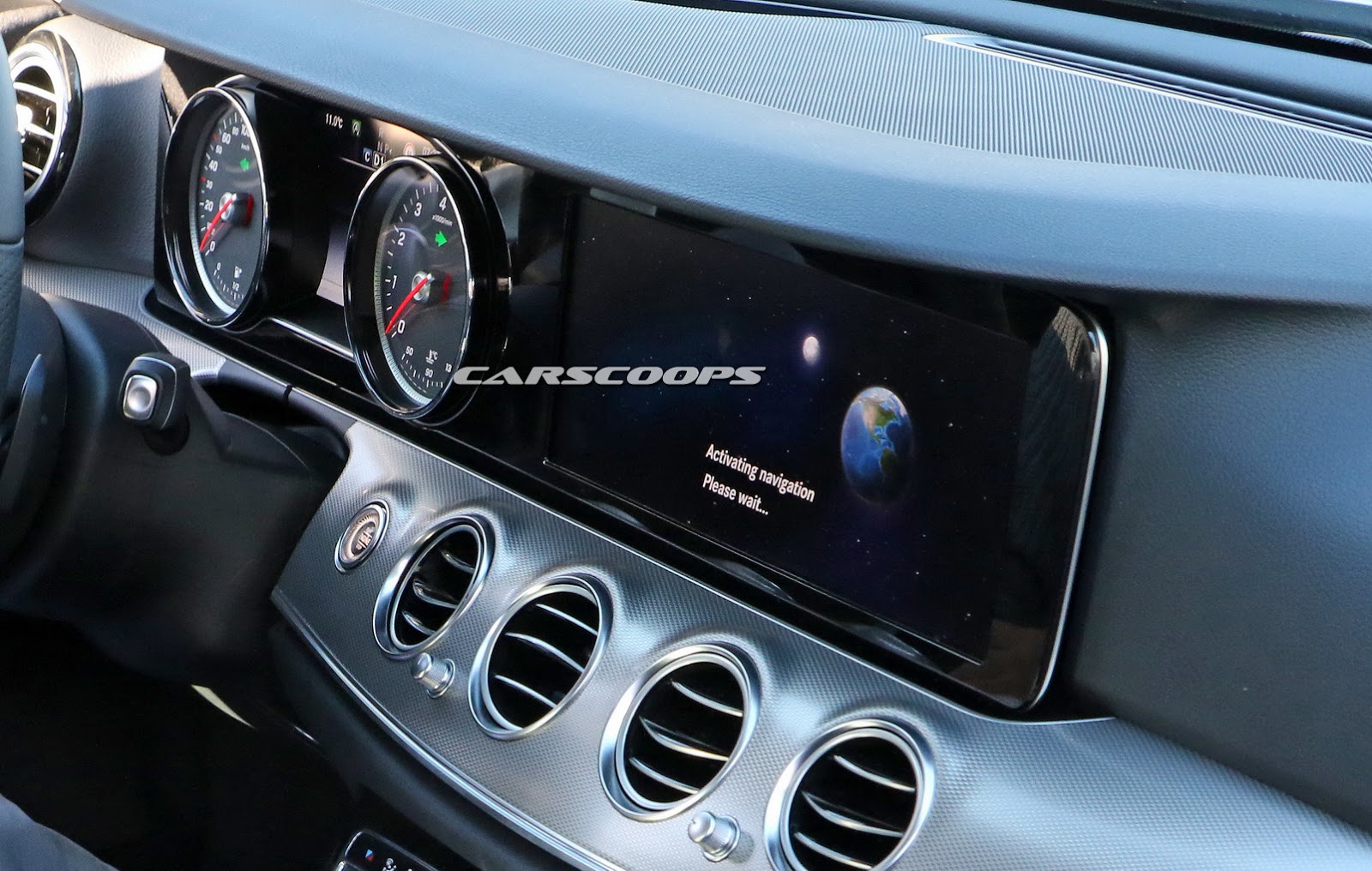 The operating concept include two touchpads placed on the left and the right spokes of the steering wheel that accepts commands in four directions, which must be then confirmed by pressing a button. The left spoke cares about vehicle-related functions, the right to infotainment and navigation. Aditional informations are displayed on the optional head-up display while the gesture control and touchscreen operations are not offered.