The Mercedes-Benz EQC has started final tests in snowy Sweden. The winter trials are taking place in Arjeplog, where the engineers focus on the thermal management of the battery and of the cabin in challenging cold conditions.

Handling, traction and recuperation on ice are also major highlights during the tests on ice and snow for the EQC introduced last fall in Stockholm. Two hundred prototypes and pre-series models are set to cover several million kilometers on four continents, as the testing sessions include more than 500 tests in Europe, North America, Asia and Africa during three winters and three summers. 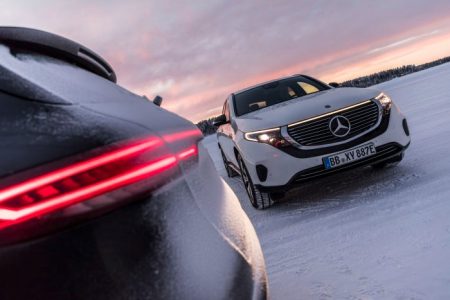 Thus, the EQC runs in temperatures ranging from minus 35° up to over plus 50° Celsius. These are the final verifications before the series production models get off the assembly lines to reach their new owners.

The tests take place on the roads and on especially prepared test tracks, following the individual tests of the components in Sindelfingen. The testing program is strict and everyone must follow. Every day starts with an early morning discussion, during which the activities of the day are set. A final discussion is carried out in the evening, when the teams have the opportunity to share their feedback. The final details on the cars are optimized. 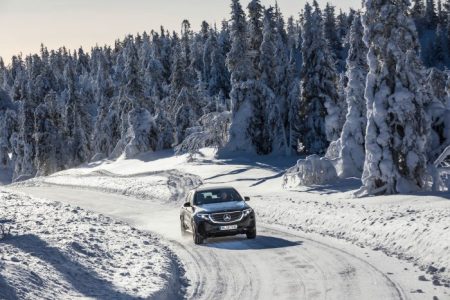 These are the highlights of the winter testing

The Mercedes-Benz first EQ family member is powered by an electric motor and capable of running over 450 kilometers between chargings (NEDC cycle). Energy is stored in an 800kWh lithium-ion battery. 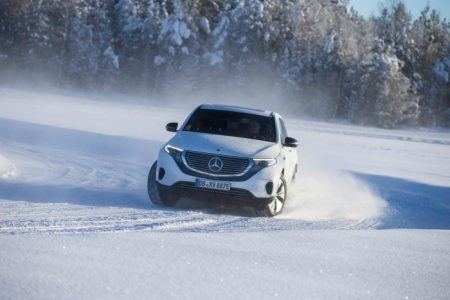 The EQC is set to go against Audi’s E-Tron, Jaguar I-Pace and BMW iX3 when it hits the road, in the battle of the premium electric SUVs. According to information that surfaced last week, the model is already sold out.