Mercedes puts both cars on the podium and Vettel wins, as the Formula 1 season kicks off in Australia

Elena Luchian, March 26, 2017
2.15K 0
Home Motosport F1 Mercedes puts both cars on the podium and Vettel wins, as the Formula 1 season kicks off in Australia

Sebastian Vettel got Ferrari’s first win since Singapore 2015, in the Australian Grand Prix. The 2017 Formula 1 season kicked off with a slight disappointment for Mercedes-AMG PETRONAS. Used to always coming first and second, the Mercedes drivers now had to settle for the second and third.

After two formation laps, the start brought no surprise at Albert Park. Lewis Hamilton flashed ahead, with Sebastian Vettel keeping close. Max Verstappen had his own duel with Kimi Raikkonen, yet the more experienced Fin managed to stand his ground. Sauber’s Marcus Ericsson and Haas Ferrari’s Kevin Magnussen were the first to put an end to the race, as they collided and went into the gravel. 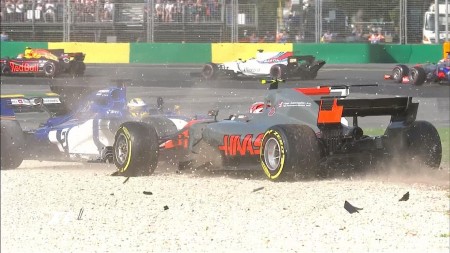 Sebastian Vettel was hungry for the win, so he ate up the gap that put him little over a second behind Lewis Hamilton. From the pit wall, the Brit was told that the German was faster and that he should push.

Lap 18, Hamilton pitted and came out behind Verstappen. Lap 24 brought on the fight between Verstappen and Hamilton, with the former world champ being less than a second behind the teenager of Red Bull. In the garage, boss Toto Wolff punched the desk when he saw his driver unable to overtake. Sebastian Vettel had leapfrogged the Mercedes and comfortably took the lead. 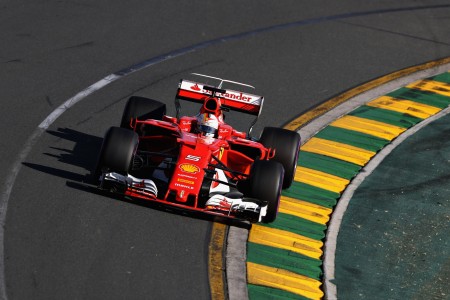 Huge disappointment for the favorite of the home crowd though. After ending up in the tire barrier during the qualifying session and dropping five places on the grid, down to 15, due to gearbox change, Daniel Ricciardo has to withdraw as his gearbox was stuck in the 6th gear. The Red Bull-s are, this season, far from competitive.

Valtteri Bottas was closing in on teammate Hamilton, as the Fin hit fastest laps again and again and was running on 10-laps younger tires. Would the Mercedes executives let him through or would they let their drivers race? At the front, Vettel was simply out of sight.

There was a battle going on for the fourth place as well, as Verstappen was breathing down Kimi Raikkonen’s neck.

Fernando Alonso complained about the car pulling right, went into the pits and never came out. Kimi Raikkonen came out of the shadow of the fourth place by hitting the fastest lap on Albert Park since 2007: 1m26.538s. 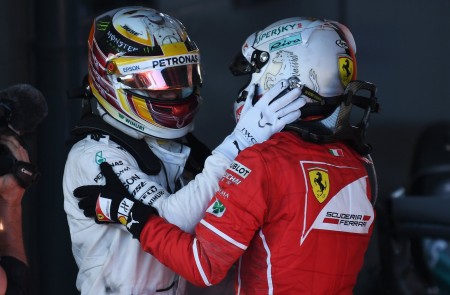 Up on the podium, Sebastian Vettel could hardly refrain from dancing when hearing the Italian anthem.

Next stop is China in two weeks’ time.