We know where this is going! Lewis Hamilton starts from pole in the Australian Grand Prix, after qualifying first. The Mercedes-AMG PETRONAS Formula 1 team has no reasons to jump for joy yet. Their new driver Valtteri Bottas came right behind Ferrari’s Sebastian Vettel in the second row of the grid.

The cars are now bigger, stronger, faster and the radio communication regulations have gone loose. He season that lies ahead sounds like a real show, with Lewis Hamilton playing the lead role once again. The F1 W08 EQ Power+ marks the worldwide debut with a P1 and a P3 in the Australian Grand Prix. 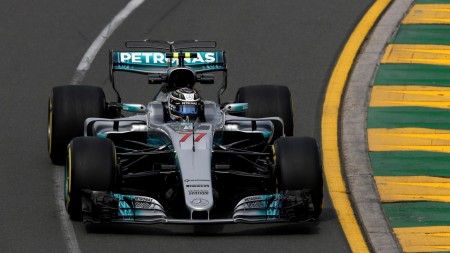 The first qualifying session of the new season put the three-time world champion on pole, as the Brit got his 6th at the Albert Park, just like his role model, Ayrton Senna.

“I’m here for one thing and one thing only and that is to win. I will be stronger than ever”, says Hamilton.

The German Nico Rosberg used to be the man that kept close to Hamilton, but there is another German behind him this year: Sebastian Vettel managed to split the Mercedes team, putting his Ferrari between the drivers with the three-pointed star. It’s the first time since Singapore 2015 when a Ferrari starts from the front row. 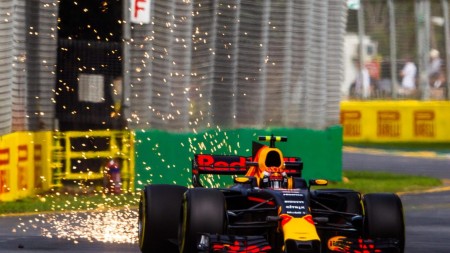 Kimi Raikkonen will start fourth at Albert Park, followed by young Max Verstappen of Red Bull. The Dutch’s teammate Daniel Ricciardo ended the qualifying session of his home Grand Prix sooner than expected, as the locals’ favorite ended up in the tire barrier with the Aussie driver badly damaging his car. Verstappen had made a mistake in the same turn the day before.

The starting grid in the Australian Grand Prix: