Mercedes-Benz S-Class tuned by Wald – What about style?

The Mercedes-Benz S-Class tuned by Wald is a Black Bison that seems to have lost the sense of style. It is not about elegance anymore and that is only normal after the luxury sedan ended up in the hands of tuning experts.

The Mercedes-Benz S-Class has been granted the Black Bison nameplate by Wald International. The W222 generation, that entered production back in 2017, now receives a bodykit that makes it look as aggressive and mean as any sportscar. Wald International has fitted it with redesigned front and rear bumpers, with roof and boot lid wings for enhanced aerodynamics and side skirt add-ons. It now features vented front fenders, carbon fiber pillar panels and a new number plate support. 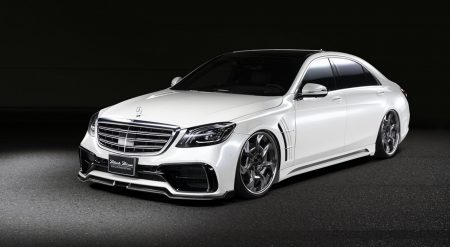 Wald International also used a lowering kit for the suspension of the S-Class, to bring it closer to the asphalt and provide the driver with the sensation of being behind the steering wheel of a genuine supercar.

Black details create a jaw-dropping contrast with the white body of the car and the chromed radiator grille and silver rims. The Wald and Black Bison logos have found their way to the boot lid of the luxury sedan. 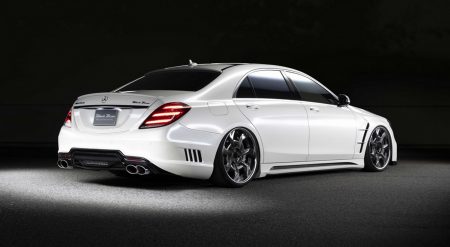 Not much has changed on the interior, but the tuner has mounted aftermarket carbon fiber paddle shifters. Everything else remained the same and so did the engine, leaving that to the software optimization specialists.

The Mercedes-Benz S-Class Black Bison by Wald made its public debut in December 2019 at the Osaka Motor Show in Japan.

It is not the first time Wald International works on an S-Class. The sedan made an impressive appearance in 2015 as well, wearing a Wald bodykit.