Exhibited at Auto Shanghai in April 2013, the Concept GLA was the avanpremiere of a new compact SUV species, totally different from the competitors in this segment.

The concept shown in Shanghai was very spectacular. First, the proportions were different from those of a compact SUV. With a length/width/height of 4383/1978/1579 mm, the height  of the Concept GLA is unusually low for such a type of vechicle. Despite the fact that the Concept GLA doesn’t look like a classical SUV, the design tips of the idea of a modern crossover and we include here the powerful bonnet with its powerdomes, the aggressive radiator grille with the centrally positioned star supported by the two louvers, the door mirrors with their twin supporting struts and the underride guard in the front. 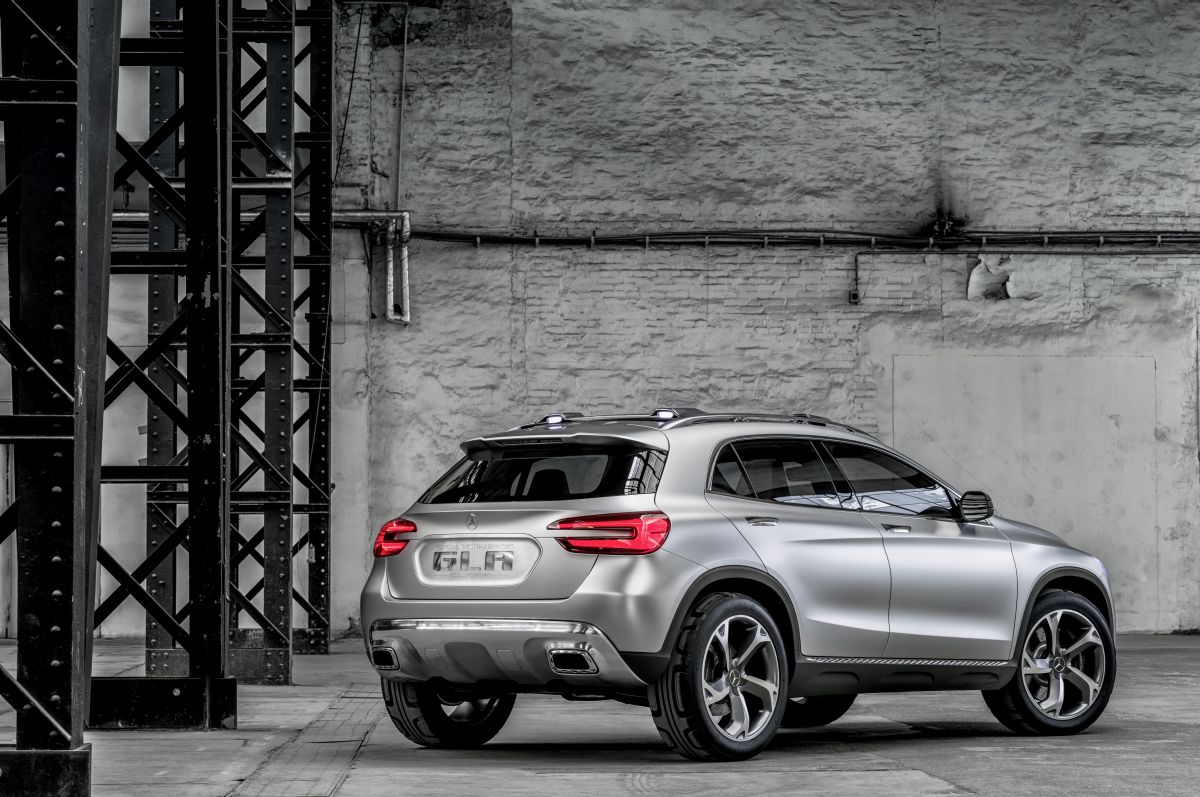 The rear part also gives the impression of a modern crossover. The muscular shoulders above the rear wheels and the C-pillar retreated to the inside and extended to the rear over the light clusters, which are placed relatively high, creates a broad stance of the tail end. More than that, the nice underride at the rear, which integrates the twin pipe exhaust system, is the evidence of the sporty character.
And the 20-inch wheels with their distinctive five spoke turbine design, shod with 255/45 R20 tyres, complete the sporty impression.

The interior reflects the new quality of the Mercedes compact family and resembles the ideas from the A-Class, if we look to the ergonomy of the dashboard.The air vents from the instrument  panel and from the rear are a further stylistic development of the vents used in Concept A-Class and the Concept Style Coupe, are illuminated from behind. They change the colour according to the temperature set by the passengers. At a temperature of 22 degrees, they light up in white and change to blue or to red, if a cooler or warmer temperature is set.
The instrument panel is made from several layers. The dashboard is covered with leather and the central part is made from matt and polished aluminium with a plexiglas covering illuminated from behind. The controls from Comand Online multimedia system are also made of plexiglas and painted from back in black. 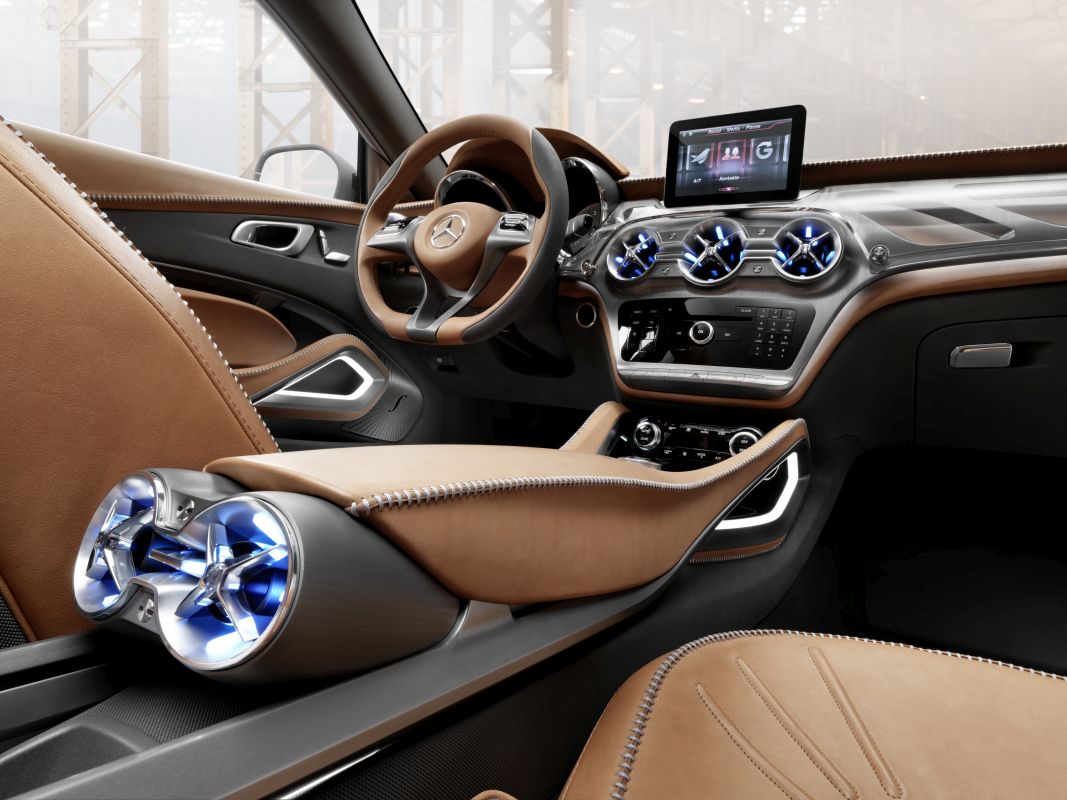 The interior is a combination of high-quality materials and perfect craftsmanship. Combinations between natural leather, in a rich shade of brown, for the four individual seats and the door centre panels, and galvanized aluminium demonstrate a sophisticated interpretation of a modern luxury.
Mercedes claims that the Concept GLA incorporates more than 20 metres of hand stitched seams to hold the raw edges of the leather together.

The Concept GLA was not only a preview of the future GLA, but came also with some show innovations.

The front headlamps are fitted with a laser beam projector, which does not only have the classical function to provide the light to drive, but is also capable of projecting pictures or films onto a screen or other surface from any type of sources: smartphone, internet or a hard drive.

The laser beam projectors have another function to improve road safety: the technology could be used to project the informations from the navigation system onto the road, in the shape of arrows. 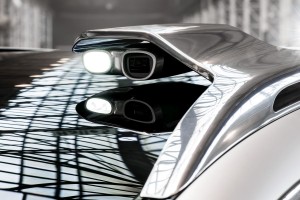 Other innovations are the two mobile cameras housed in the front roof rail. These cameras provide 3D images or HD films and could be removed and fitted to a mountain bike helmet. Alternative to the projection on a screen, the films could also be viewed on the Comand Online screen.

The concept uses the four cylinder turbo petrol engine with 1.991 cmc displacement, which delivers 211 HP. This engine is already working under the bonnet of the A-Class and the CLA. The engine transmits the power to all four wheels through the 7-speed automatic double clutch gearbox.

The message of this concept – “Escape the everyday” – explains the essence: a sporting spirit combined with the allround qualities of a tough leisure time companion. It is a modern crossover, which does not have the classical proportions of a compact SUV, but looks like a modern crossover and keeps the promises that it is more capable than a compact SUV.