Hamilton misses the Wimbledon due to underdressing

The Mercedes AMG Petronas driver Lewis Hamilton missed the Wimbledon final, even though he had an invitation for it. His seat in the Royal Box was left empty all the way to the end of the match. The Formula One world champion was not allowed to step in, as he did not adhere to the Tennis Association’s dress code.

Lewis Hamilton is famous for extravagant outfits. But when it comes to Wimbledon, he cannot break the rules. The English had an invitation to watch the men’s final, Novak Djokovic – Roger Federer, from the Royal Box. He had even posted a picture of his invitation, saying he was extremely proud to attend the event and letting his fans know he was already on the way. 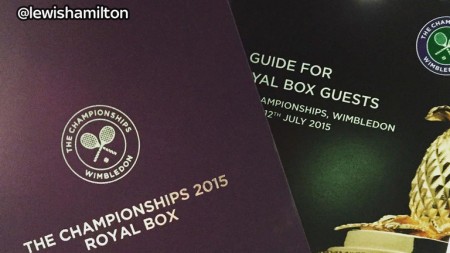 But his seat was left empty all the way to the end of the final match won by Novak Djokovic. What happened? The Mercedes AMG Petronas driver was not informed about the dress code that must be adhered to if one joins the Royal Box, meaning coat, tie and shoes.

A picture posted later by Hamilton showed he was only wearing a floral print shirt. No coat, nor tie. His spokesman explained the situation: “Due to an unfortunate misunderstanding regarding the dress code at Wimbledon, Lewis is very disappointed to have missed the men’s final.” 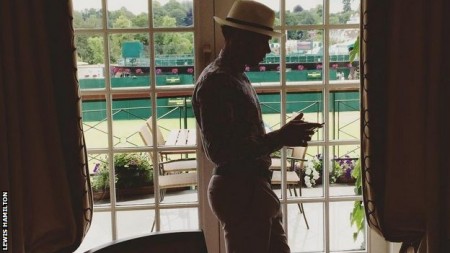 And that was surely one final to watch. Novak Djokovic defeated Roger Federer in a typically London rainy final, in four sets, 7-6, 6-7, 6-4, 6-3. He wore down the crowd’ favorite, veteran Federer, in two hours and 11 minutes, and got the Wimbledon crown. It’s the 12th Grand Slam title won by the Serb, while the Swiss already has 17 of them.