At the beginning of 2015, Land Rover will launch Discovery Sport, the successor of Freelander which will compete against actual and then next generation GLK.

Tough times will come in the middle size premium SUV segment. GLK has to face a tough competition from a totally new Land Rover. It is a successor of Freelander but has nothing anymore in common with Freelander except may be the clamshell bonnet. With the lines inspired by the Discovery Vision Concept, Discovery Sport is the first member of the new Discover family and details like the floating C-pillar we will see also at the future big Disco.

Discovery Sport features a front end more similar with Evoque than with former Freelander. Land Rover executives are not worried by the fact that Discovery Sport will get closer lines to the Evoque. The Discovery family will evaluate in the direction of premium class but will put the accent on versatility meanwhile Range Rover family (Evoque, Range Rover Sport and Range Rover) will focus on luxury.

But the main strong points of Discovery Sport are behind the platform. It will be the first midsize premium SUV which will offer a seven seat configuration. For the moment, Mercedes GLK, Audi Q5 and BMW X3 has only 5 places. It is not excluded that the next GLK to feature a 5+2 seat arrangement.

It is also very important that Land Rover does not increase the footprint of the car to offer two more seats. Land Rover chief engineer Muray Dietsch told to Car magazine that Discovery Sport will be 40 mm shorter than an Audi Q5, which means that will have 4,589 mm in length which means only 53 mm more than actual GLK. We don’t imagine that seats from the third row will offer too much space but their simply presence even will be used only by children will be an advantage. And the new multilink suspension which lower the boot floor promise more space for the legroom on the third row. 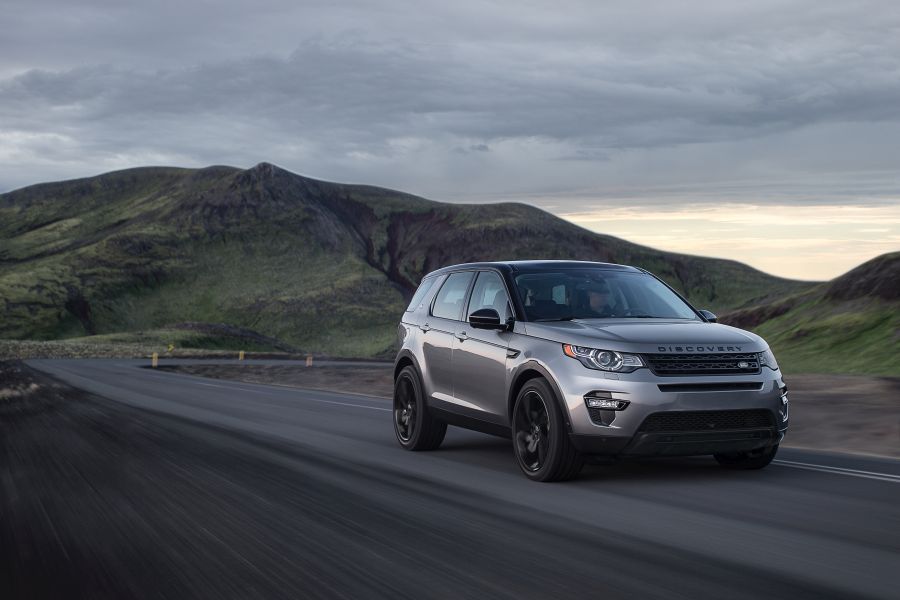 Also, Discovery Sport promise 20% more luggage capacity than Audi Q5 according to the same Land Rover executive, interviewed by car magazine. This means above 600 litres. Sound very promising on paer but let’s expect the official figures. Actual GLK has only 450 litres but is the most compact car in Q5/X3/GLK trio. The next generation will be slightly bigger and will have clearly more wheelbase, so we expect more legroom and bigger luggage capacity.

If the configuration of seats and the arrangements seems to bring Land Rover in advantage against german competitors, we cannot say the same for engines.

At least at start, Discovery Sport will be powered by the same engines from Evoque having a Ford origin. This mean that under the bonnet we ill see the Si4 2.0 litre petrol engine and the 2.2 litre turbodiesel with start&stop technology.

Like in case of Evoque, SD4 will have 190 HP and 310 lb-ft  which promise a 0-100 km/h in 8.4 seconds and an emission level of 162 g/km. By comparison, GLK 250 BlueTec 4Matic with 204 HP and 369 lb-ft is more powerful, more quick (0-100 km/h in 8.0 seconds) and more economical (161 g/km CO2). Later on, Discfovery Sport will get on ED4 version with front wheel drive the first member of the new Ingenium family . Land Rover does not give details about power but we heard that will be around 163 HP from a 2 litre displacement. Land Rover promise an emission level of 119 g/km CO2 for this version much below the 145 g/km CO2 for GLK 220 CDI. What will also missed at the future Land Rover is a V6 engine, available as petrol and diesel for GLK. Land Rover will use the new 9-gear automatic transmission. Actual GLK has only 7 gears automatic transmission but the new generation GLK will get the new 9 gears automatic transmission installed already on many versions of E-Class and CLS.

Both cars are more prepared for off-road use than other competitors like BMW X3 or Audi Q5 having a long travel suspension and practical ground clearance. But at this chapter it seems that land Rover will have an advantage given by tradition. They promise a wading depth of 600 mm compared with only 300 mm for GLK and better angles. GLK has a 23/19/25 degrees approach/brakeover/departure angle meanwhile for Discovery Sport the values will be 25/21/31 degrees.

We are very curious to see what improvements will bring Land Rover to the reliability of the car. Actual Freelander has some problems because of which second hand quotations are very low after 4 years. By comparison, Mercedes GLK has a much better resale value retaining more than 50% after 4 years. It is one of the best resale values in the whole car industry.

The new Land Rover Discovery Sport will debut at the beginning of 2015 meanwhile the second generation GLK will start later on 2015.

There are rumours that the future GLK will also have a coupe SUV version in style of BMW X4. In this picture, GLK will compete against Discovery Sport meanwhile GLK Coupe will try to take over market share of Range Rover Evoque. The Evoque is smaller but in therms of price positioning both cars will act in the same price range.