Mercedes-Benz C-Class has been awarded the “World Car of the Year” title. It was quite a Mercedes-Benz show at NYIAS. The German grand brand got no less than three awards at the ceremony that took place in the Big Apple.

The Mercedes-Benz C-Class was chosen out of an initial list of 24 vehicles. Together with the C, the S 550 Ford Mustang and Volkswagen Passat B8 were the finalists. 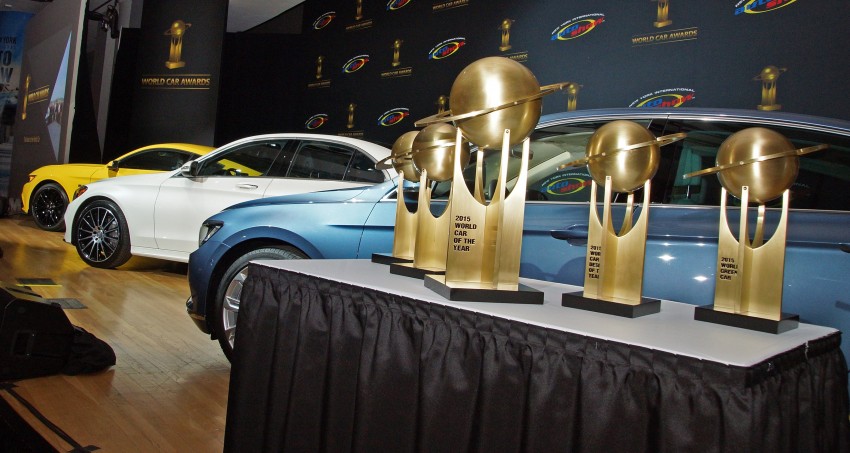 Mercedes-Benz was the only automobile manufacturer to make it into the final round of the awards with five vehicles nominated in their categories. The performance is unprecedented in the 11-year history of the “World Car of the Year” award and comes as a recognition of the efforts in Stuttgart to build “the best or nothing”. 75 reputed automotive journalists from all over the world made up the jury that has chosen the Mercedes-Benz models as best in the world. 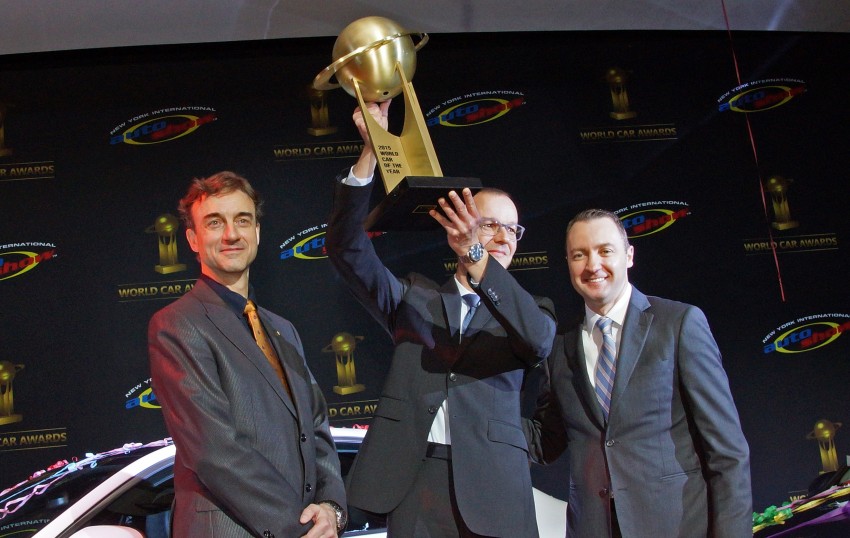 But going back to New York, Christoph Horn, Head of Global Communication Passenger Cars Mercedes-Benz and Rob Moran, Director Mercedes-Benz USA Communications, received the awards on behalf of the German company in the Big Apple.

Watch the video of a memorable night for Mercedes-Benz: