Not many drivers can brag about staying in Formula 1 for 15 years. And none other but the one we are talking about, can say they always led the way for Michael Schumacher, Mika Hakkinen and Jacques Villeneuve. We are talking about the safety car driver. Bernd Mayländer has been leading on the circuit since the year 2000.

Bernd Mayländer is one of the most enviable people in the world. For fifteen years, he has been setting the pace of the Formula 1 races whenever someone crashed out of it. And Mayländer was always one of the first people to get his hands on the hottest Mercedes-Benz models. And the safety car driver has just accomplished his second mission, in the Malaysia Grand Prix, behind the wheel of the Mercedes-AMG GT supercar.

He may seem slow, compared to the racing cars, but the teams set his velocity. They communicate to the race control if they want him to speed up or slow down. “I tend to drive to my limit during the safety car phase”, the former DTM driver says.

“Safety car go” is the message that deploys him onto the racetrack. 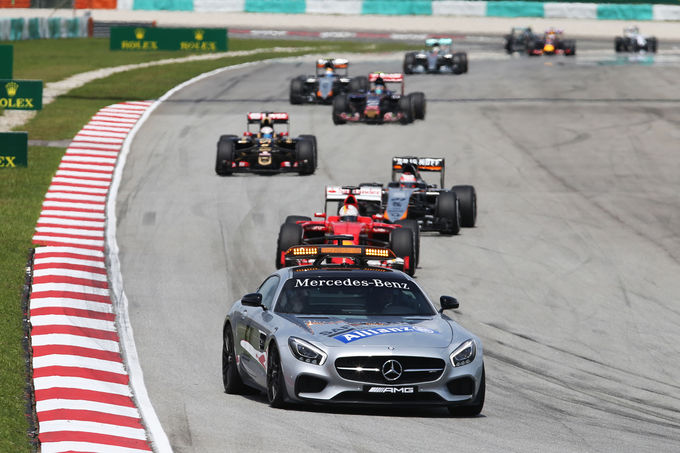 “If something happens, I get all information by race control, they send me out on the track. From that moment on, I’m trying to accelerate and catch up the leader. To lead the race as long as possible and then I get a radio call “Safety car in this lap” and that means I have to switch off the lights and I go as quick as possible back to my parking position at the end of the pit lane.”

This would be a normal procedure during the race, considering that nothing goes wrong. But what if?… 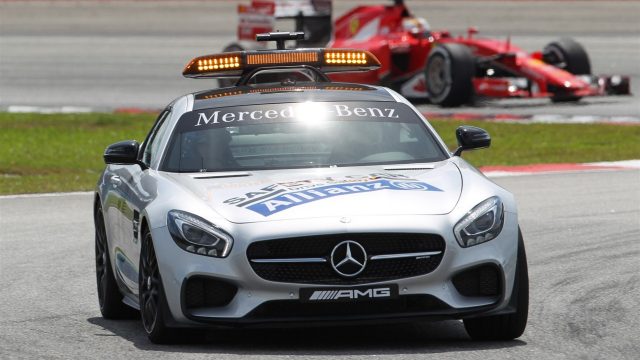 In 15 years, he only missed one race: the 2001 Canadian Grand Prix, because he was injured. He had jumped over a fence to try a shortcut to the paddock, after a sponsors’ dinner party. He landed on solid concrete and broke his heel. 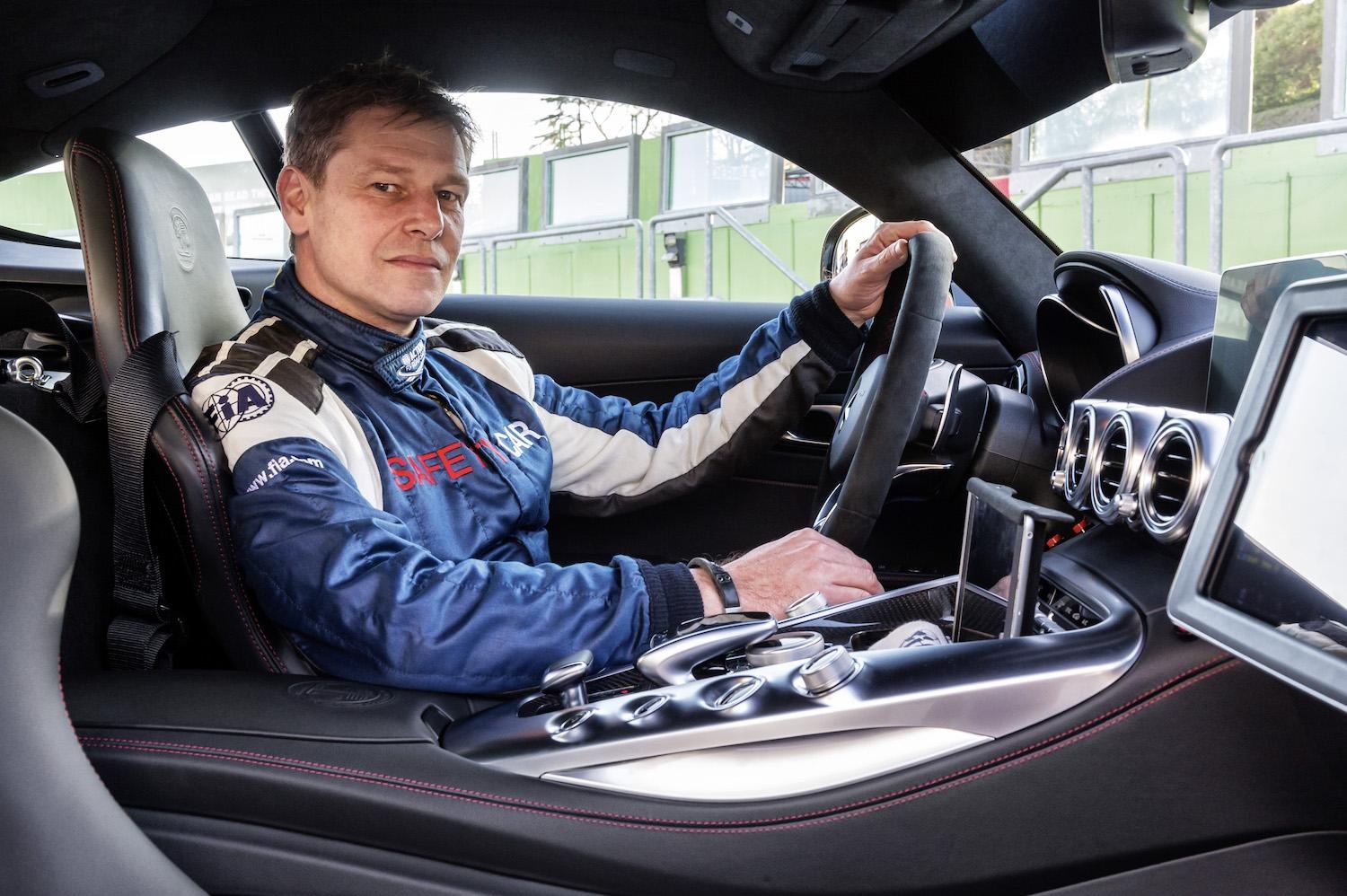 He is always the first man to go on the racetrack every Thursday. He check everything is in place, from guardrails to TV cameras. Every morning he does similar laps to make sure the GPS system, which allows the F1 cars to be tracked and triggers warning lights in their cockpit when accidents occur, is working just right. But it’s Sunday is – for him as for the drivers – the busiest and the most interesting day. 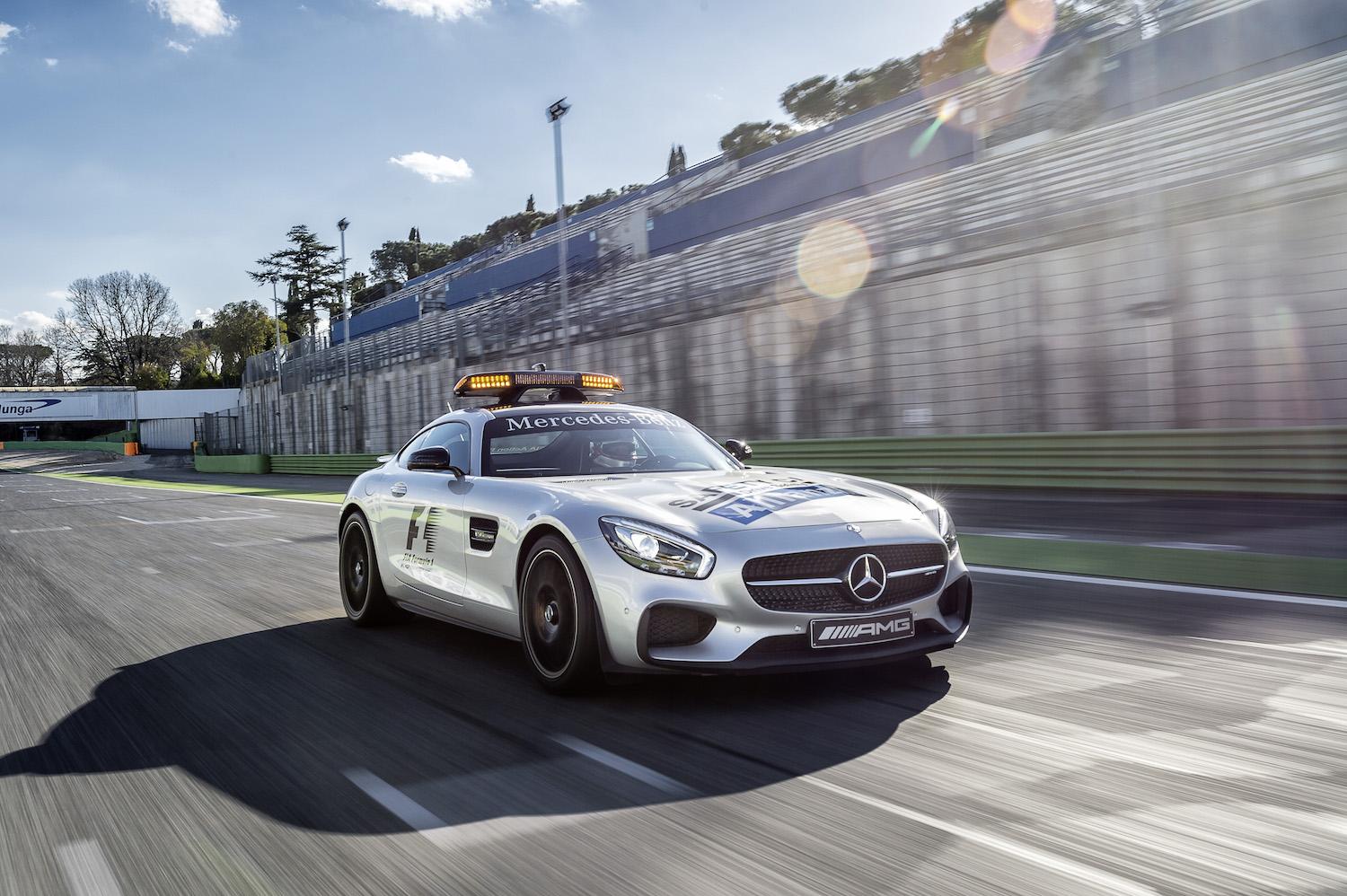 As most drivers, Bernd Mayländer started his career in karting, in late 1980s. In the following years, he made his way into Formula Ford, the Porsche Carrera Cup and later on, DTM. In 2000, he won the 24 Hours Nurburgring race. If he had no chance to race, he would have gone into sales, as he’s got a diploma in business.

A fan of Michael Douglas and George Clooney, Bernd Mayländer loves to listen to U2 and he is a major fan of David Guetta. But there is no way he can listen to their songs during the race “Where the Streets Have No Name”.