An UFO Landed in California

Yes, it does look like an UFO. But hopefully, it will not take off, although its top speed is said to reach 350 km/h, even higher than the ground speed of a medium sized passenger jet. It all started with a game. But the spectators in Concours d’Elegance in Pebble Beach, California, said “game over” when they saw the scale model 1:1 Mercedes-Benz AMG Vision Gran Turismo. The concept car turned out to be the most popular on the lawn.

The daring model with a futuristic allure is the replica at a 1:1 scale of the super sports car Mercedes AMG Vision Gran Turismo in the Gran Turismo 6 video game for Sony PlayStation, first shown in 2013 in the Los Angeles Auto Show, for the 15th anniversary of the game. And it was by far the most popular vehicle in the Concours d’Elegance in Pebble Beach, CA. Hundreds of guests took pictures of the concept car powered by the new 4 litre V8 bi-turbo with 577 HP. The Mercedes reps say that a prospective client offered $2,5 million for Mercedes to build a functional car for him. But the mystery billionaire only got bad news in reply. The German brand refused to build it.

But for the Benz, designing the future has always found inspiration in the past. Mercedes celebrated the coupes in the event that took place on the American West Coast exhibiting some famous models from the newly restored 540 K Streamliner to the brandnew design S65 AMG Coupe and the Concept Coupe SUV which prefigurate the future MLC (GLE in the future Mercedes typology). 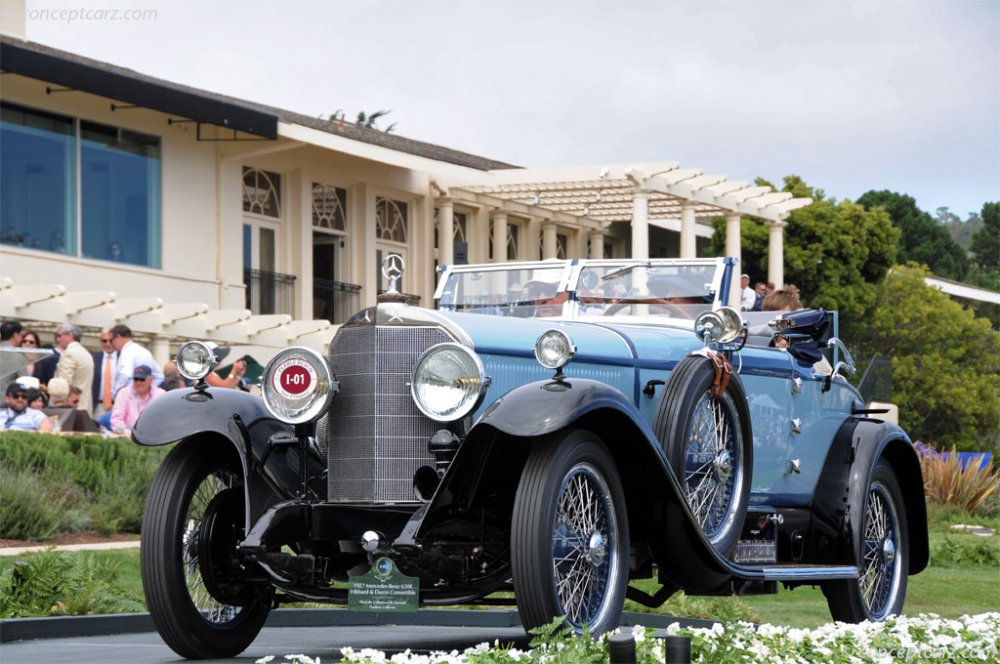 The 1927 Mercedes-Benz 630K Hibbard & Darring Convertible was awarded the “Mercedes-Benz Star of Excellence” title. The stylish glamorous classic belongs to the Keller Collection at the Pyramids, in Petaluma, California.

You can see all the high-class coupes displayed by Mercedes-Benz in Pebble Beach, in the following video: