The top seller from Daimler Buses scores 85% out of the total points in the International Bus & Coach Competition comparative test. The Mercedes-Benz Citaro sets new benchmarks for safety, confirming its efficiency in the test.

Mercedes-Benz Citaro, the winner of this year, has recorded the lowest fuel consumption, in spite of the consistently high performance. It raised the bar in the segment, due to the outstanding active and passive safety features, and to the high level of comfort for the passengers.  As the world’s most successful urban bus, the Citaro is the ideal choice when it comes to acquiring a bus, and it seems that the investments made by Daimler are now paying off. 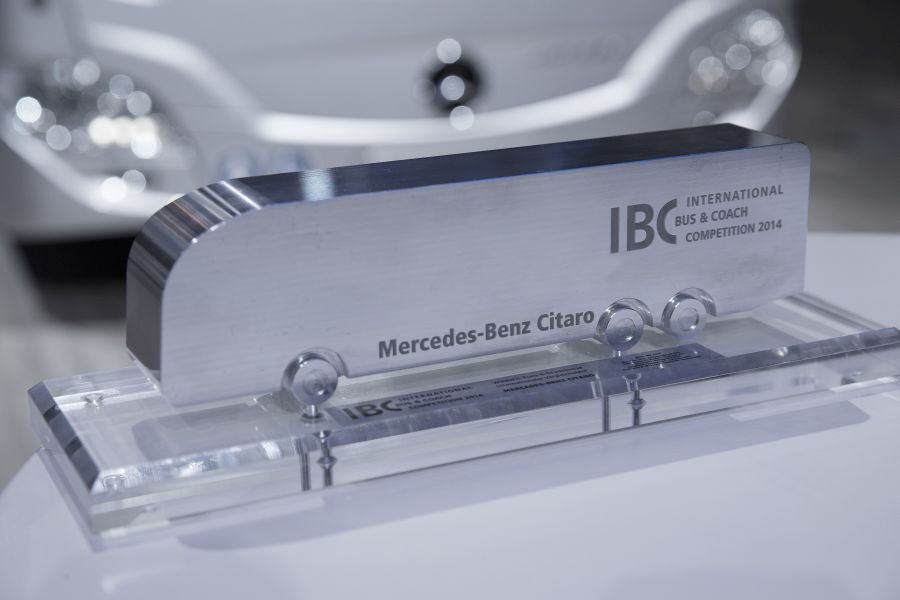 The International Bus & Coach Competition, which takes place every year, is organized by the trade journal Bus Fahrt and the jury is consisted of journalists and fleet operators. This year, five of the very latest urban buses with Euro VI engines are accounting together over 75% of the European urban bus market. For maximum comparability, the IBC jury strictly specified low-floor buses in the standard 12-meter format with around 300 HP power. All test candidates carried 4.500 kg in ballast using the same tyres and lubricants.  The aim of the test was to gauge the level of comfort and safety for passengers and driving personnel. After 3,500 km test and plenty of individual inspections, the judges crowned Mercedes-Benz Citaro as the best urban bus on the market.

The other competitors that took part at IBC 2014 were :