Elena Luchian, November 23, 2016
3.37K 0
Home Lifestyle Six decades of fascination – All Mercedes-Benz SLs ever made in one book

Mercedes-Benz SL – Six Decades of Fascination is the book that brings together all of the iconic models of the SL line-up. There are 528 pages of in-depth information on every single car ever built, from the very beginning, in 1952, up to this day.

800 photos, some of them never published before, comprehensive charts with technical data sum up the history of the legendary car. The book is now available for 69 euros. 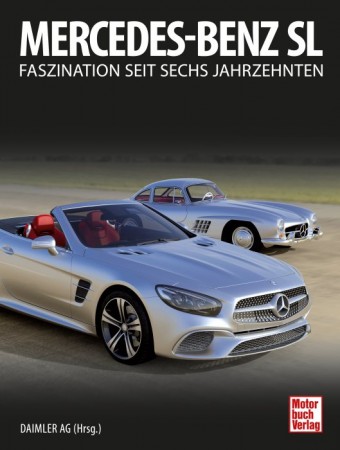 “On 6 February 1954, Mercedes-Benz caused a worldwide sensation with the unveiling of the 300 SL,” writes Ola Källenius, Member of the Board of Management of Daimler AG, in the foreword of the book. “Developed from the 1952 racing car of the same name, the 300 SL was in its day the world’s fastest standard-production vehicle and was to become the ultimate dream sports car. Its distinctive gull-wing doors, a direct consequence of the innovative space frame, caused just as much of a stir as the car’s breathtaking performance.”

This is how the story of success started and withstood the time to this very day. The Mercedes-Benz SL is a paradigm of sportiness and luxury, of comfort and safety. The book tells the story of the SL in detail, all the nine models reunited, with ups and downs through the six decades of life.

One of the chapters of the book takes the readers into the design studios of the mid-1960s, where the experts where planning the “Pagoda” SL. The chapter on the 107 model series is completed with authentic colour photos of motorsport competitions, starring the SLC coupés in the late 1970s. The 1952 racing season, with the Mercedes-Benz double victory in the 3rd Carrera Panamericana is available as film, all thanks to an online link via a QR code or a web link, allowing unrestricted access to original brochures on all SL model series as well as to unique film material.