Susan Sarandon is the star of the new fashion campaign launched by the brand with the three-pointed star. Mercedes-Benz presents Chapter Two of the #mbcollective Fashion Story, the 3-chapter series that promote international talents.

The Mercedes-Benz Concept EQ, the Oscar-awarded Susan Sarandon and her protégé, film maker Bryan Mooser have given their best for the “Generation Now, Generation Next”, the film shot by Californian photographer, writer and film maker Luke Gilford. The platform provides support for tomorrow’s trendsetters. 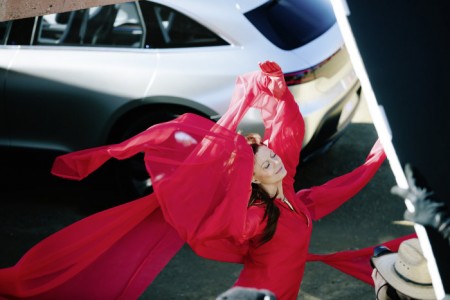 The battery-electric Concept EQ, with its Electric Intelligence as a leitmotif for the Fashion Story. Chapter Two focuses on Susan Sarandon, her mentorship of Bryan Mooser and the strength and energy generated by their friendship, emphasized by red tones and expressive poses.

Susan Sarandon has been an impressive figure not only in Hollywood, but also as a social and political activist. In 1999, she was appointed UNICEF Goodwill Ambassador and seven years later, received the Action Against Hunger Humanitarian Award. 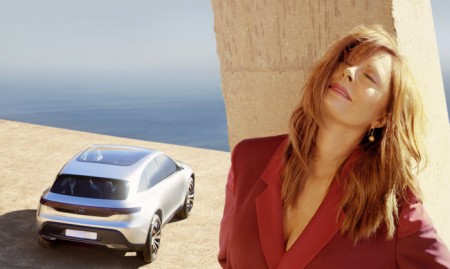 “I feel privileged to be taking part in the latest Mercedes-Benz Fashion Story as an ambassador for humanitarianism. I am proud be presenting the Concept EQ vehicle as part of the collaboration with Mercedes-Benz, because it is very important to me to promote sustainability”, says the 70-year old actress.

“Susan and I have already worked on humanitarian projects all over the world – tells Bryn Mooser – from the Middle East to the Standing Rock protests in the USA. She is unrelenting when it comes to fighting for what is right. It’s an unbelievable opportunity to be given a platform like this by Mercedes-Benz to raise the profile of our humanitarian work and benefit from Susan’s experience.”