Nico Rosberg heading for a career in television?

Nico Rosberg has just dropped the curtain on his racing career, but he is tied to Mercedes-AMG PETRONAS. He had extended his deal with the racing squad until 2018, so the sponsors proposed new sponsorship contracts for the next two years. But apparently, Nico Rosberg is meanwhile tempted to join the media industry.

Nico Rosberg speaks his native German, English, French, Spanish and Italian. Only boss Toto Wolff is a better polyglot, also including Polish on his list. The German former driver is also a great speaker, Channel 4 managers have noticed and asked him to be part of their weekend Formula 1 media team, together with Damon Hill, David Coulthard and Toto Wolff’s wife, Susie Wolff, 3-months pregnant. 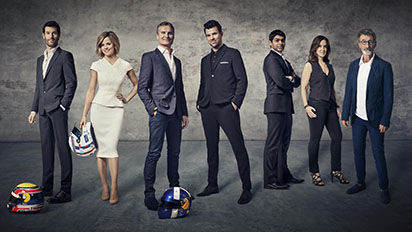 Rosberg is not too keen on that, as being part of the TV team would take him around the world just as much as racing and that is exactly what he is trying to stay away from, in order to spend more time with wife Vivian and 1-year old daughter, Alaia. He would instead prefer a studio-based job that would allow living in one place only.

Nico Rosberg has been officially living in Monaco most of his life, but traveling over 300 days per year has been keeping him away from home.

After 25 years of racing, the world champion decided to call it a day, saying that he cannot stand the pressure anymore.Ni