Admit it, you don’t always hear about people building cars using mostly red bricks. But it seems that Dai Yun from Xi’an, China, really did manage to create a spectacle and now he enjoys a well-deserved fame.

According the Yahoo News, the Mercedes-Benz supercar was made out of steel, cement and red bricks and it has become an instant hit in Shanghai on February 28, 2015. Apparently, according to the same website, the “car” also includes interior chairs, a steering wheel and gears. 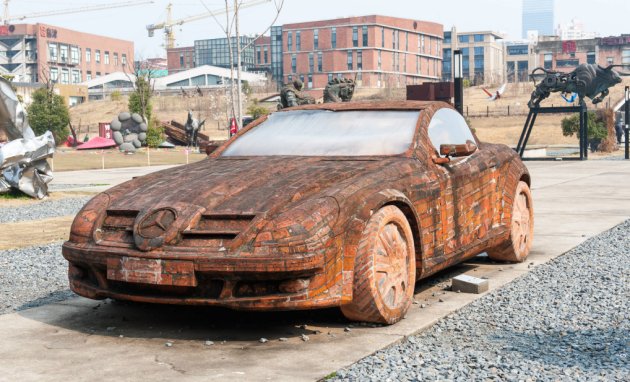 Dai Yun of Xi’an who is now a sculpturer of Shenzhen Public Art Center, created this full-scale version of a Mercedes-Benz SLK is on display at the Red Town Creative Park in Shanghai. But this isn’t his only masterpiece. He also built a 6.5 tone BMW replica, which he said was worth £60,000.

The Mercedes-Benz SLK is one of brand’s most popular models, and even if the model was launched in 1997, next year a new fourth generation will be displayed and the SLK-Class will bare a new name, Mercedes-Benz SLC-Class. 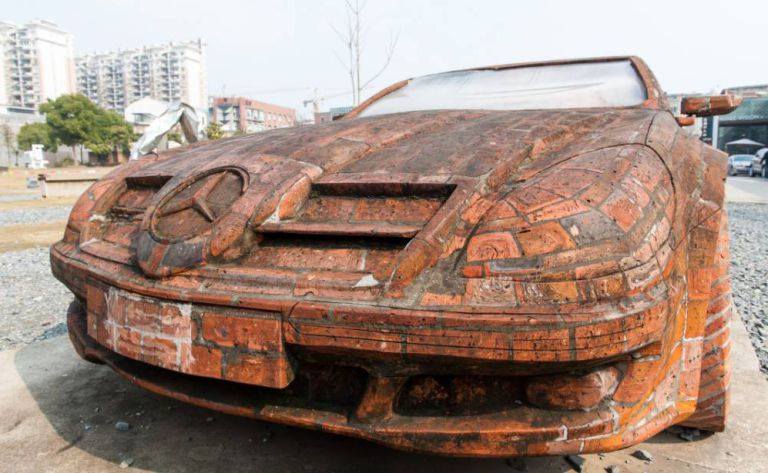 After all, if you want to admire this handmade masterpiece, you will have to make a trip to China, where it’s on display, but it sure is the kind of car you don’t want to be involved in a crash with. As for the Chinese artist Dai Yun, he is now worldwide famous and we’re looking forward to his next creation.