Busted! Woman identified by police after posting photo of her Mercedes on Instagram

A 22-year old woman was arrested in Costa Mesa, California, on suspicion of being involved in a hit-and-run accident, while driving under the influence of alcohol, shortly after she posted a photo of her brand-new Mercedes-Benz on Instagram.

A male bicyclist had been admitted to hospital on September 27th, after being hit by a car near the 19th Street and Monrovia Avenue. When the officers and the paramedics arrived at the crash scene, the cyclist was alert and able to describe the car that had run into him: a grey Mercedes-Benz. 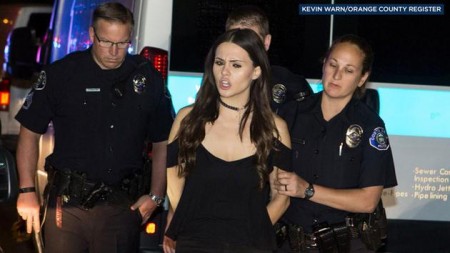 The authorities ran a patrol check and found the car matching the cyclist exact description only blocks away, parked on the side of the road. The officers stopped the traffic in the area and ran a DUI investigation on the woman behind the wheel.

She was identified as Laguna Beach-resident Aya Ibish and it was easy for the police force to confirm her being involved in the crash. Only hours before the incident, she had posted a photo of herself and a new Mercedes-Benz on her Instagram account. She deleted the photo and switched her privacy settings to ‘’Private’’ soon after the accident.

They eventually arrested her on suspicion of driving under the influence causing injury and felony hit-and-run.