Simon parked his shiny car outside of Joker Marchant Stadium in Lakeland, Florida but he will be travelling north to Detroit, when the season begins in April. Apparently, it seems that he isn’t the only one owning a shiny car. Kansas City Royal’s shortstop Alcides Escobar made an appearance in a gold Range Rover. Royals communication and broadcasting vice president Mike Swanson posted a picture of Escobar’s ride, writing that he’d like to see the shortstop get a matching Gold Glove. 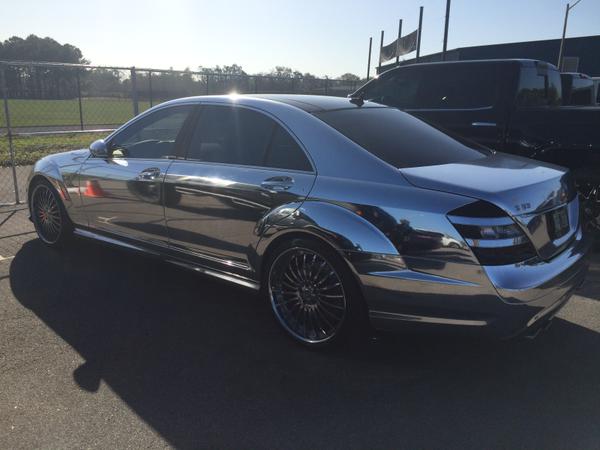 The car created quite a buzz in social media and left many people wandering what colour the car really is. So Chris Iott, baseball reporter asked Alfredo Simon what colour is it, in order to quell all the questions and the baseball star replied, “Chrome”.

The S-Class is rarely seen with this kind of finish, which makes his Mercedes S63 AMG quite a unique sight on the road. It is indeed stunning because the light is beautifully reflected on it, but other car drivers might find distracting on the highways.

Last season with Cincinnati, right-hander Alfredo Simon went from the Reds bullpen, to the starting rotation, to the All-Star Game. It was an impressive run for the thirty-three year old pitcher, who was traded during the offseason to the Detroit Tigers in exchange for a pair of prospects (shortstop Eugenio Suarez and pitcher Jonathon Crawford).