Mercedes-Benz left the Commercial Vehicle (CV) show with three awards. The Mercedes-Benz Sprinter was designated the Best Large Van, the Vito was the Best Midsize Combi Van and the Vito Sport got the trophy for being Best Lifestyle/Business Van.

The Mercedes-Benz Vans division seems hard to beat in just about any competition. “Yet again, the Mercedes-Benz is the judges’ choice, both on build quality and the exceptional warranty, which make it a firm favorite”, says Matthew Eisenegger, Editor of Trade Van Driver.

Steve Bridge, the Managing Director of Mercedes-Benz Vans in UK, received the awards.  “This is the fifth year in a row that Sprinter has collected the award for Best Large Van – it has held this title for every year that the Trade Van Driver Awards has been in existence, which is a fantastic achievement. The three awards we have won really highlight the versatility of our range of vehicles, proving that whatever the requirements, we have the right vehicle for the job.” 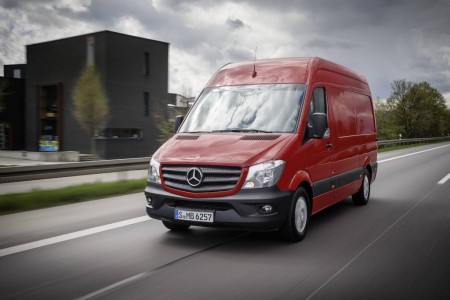 Meanwhile, the experts in Stuttgart are working hard to meet and exceed the requirements. A new variant of the Mercedes-Benz Sprinter with a gross weight of 5.5 tons was launched, including it in a higher weight class and with new engine ratings.

“Customers operating in weight-sensitive areas in particular have often expressed a demand for a version with a higher payload. Such areas include the building sector or public service vehicles, for example. It is quite clear that this Sprinter is unbeatable in its class when it comes to everyday practicality.”

Set to serve customers that need a special body conversation of the vehicle for their operations, the new Sprinter would greatly serve as an ambulance, fire vehicle and so on. The required body construction can now be ordered in the customary, routine manner, with no need for individual approvals.