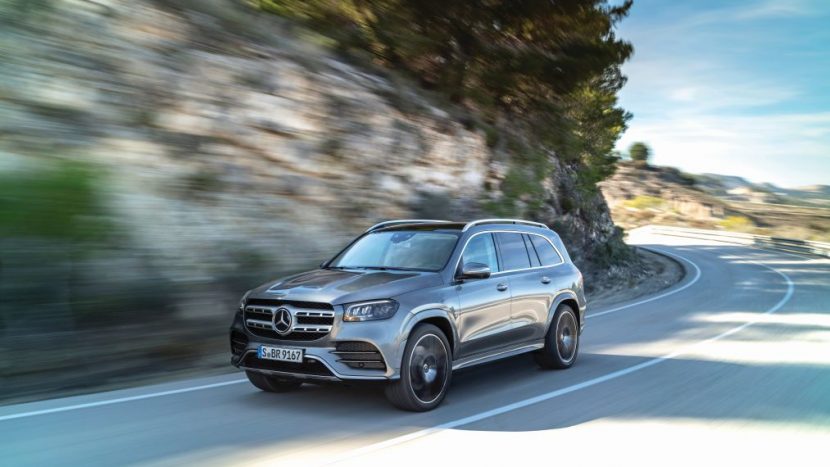 The Mercedes-Benz greatest SUV is intimidating, extremely luxurious and spacious and packed with a very generous standard equipment. First impressions on the Mercedes-Benz GLS 400 d 4Matic.

Launched in 2006, the Mercedes-Benz GL (X164), the predecessor of the current GLS, inaugurated the luxury SUVs segment with a 7-seat option. It was designated the GL on the first two generations and, following the facelift of the second generation in 2016, when Mercedes-Benz renamed the models in compliance with a new logic, the S particle was added, meaning that the GLS belongs to the luxury family whose flagship is the S-Class Saloon.

And on the third generation, introduced last year at the New York Motor Show and now launched on the market, the GLS designation not only complies with the new naming logic from Mercedes-Benz, but also certifies that the GLS is a genuine luxury SUV or, in other words, the SUV of the S-Class. Its main contender is the new BMW X7.

First of all, the new GLS is a great and intimidating SUV, with a length of 5,207 mm, being 82 mm, 273 mm respectively, longer than the S-Class with a short-wheelbased S-Class, the GLE respectively.

And the wheelbase of 3,135 mm is 100 mm, 140 mm respectively, then the aforementioned models. It comes to Europe with seven seats wrapped in Lugano leather and rear seats with 40/20/40% splitable backrest as standard. In US, the Mercedes-Benz GLS come as standard with a luxurious 6 seat configuration which is available as option in Europe. 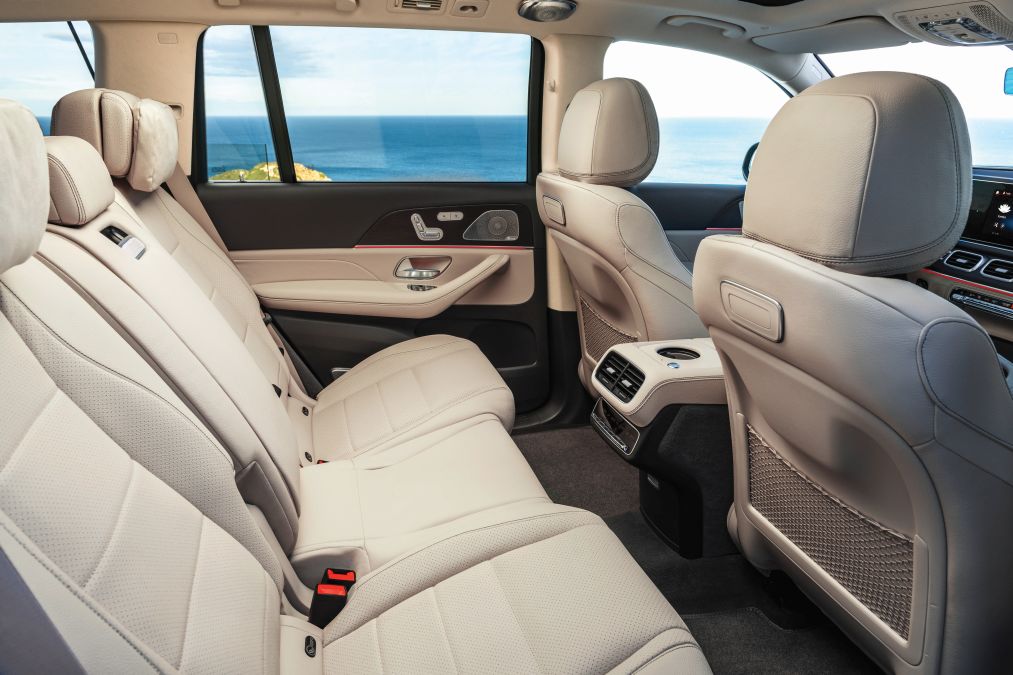 Similarly, at the right side of the boot, there are the 3L and the 3R for the folding of the backrests of the third seat row. A third button on the right allows the lowering of the suspension by 50 mm for the loading of heavy items.

By pressing the All button, an immense volume of 2,400 liters is cleared and a perfectly plain surface is achieved.

Two people who exceed 1,80 meters can sit in the third row and with all seats mounted, there is a decent boot volume of 355 liters (890 liters with five seats mounted).

The optional Rear Comfort Plus package, that includes a 7-inch tablet in the rear armrest, controlling all the features of the MBUX infotainment system, can be combined with the Rear Seat Comfort package and with the MBUX Rear Seat Entertainment System package with the two 11.6-inch displays on the second row.

At the front, there is the dashboard similar to that of the GLE with the two 12.3-inch displays, the steering wheel with the two mini touchpads and the MBUX infotainment system with a touchpad and voice control, all of them as standard equipment. The new head-up display with a modern graphics and better resolution, of 720 x 240 pixels cand be optionally ordered(1,178.10 euro) 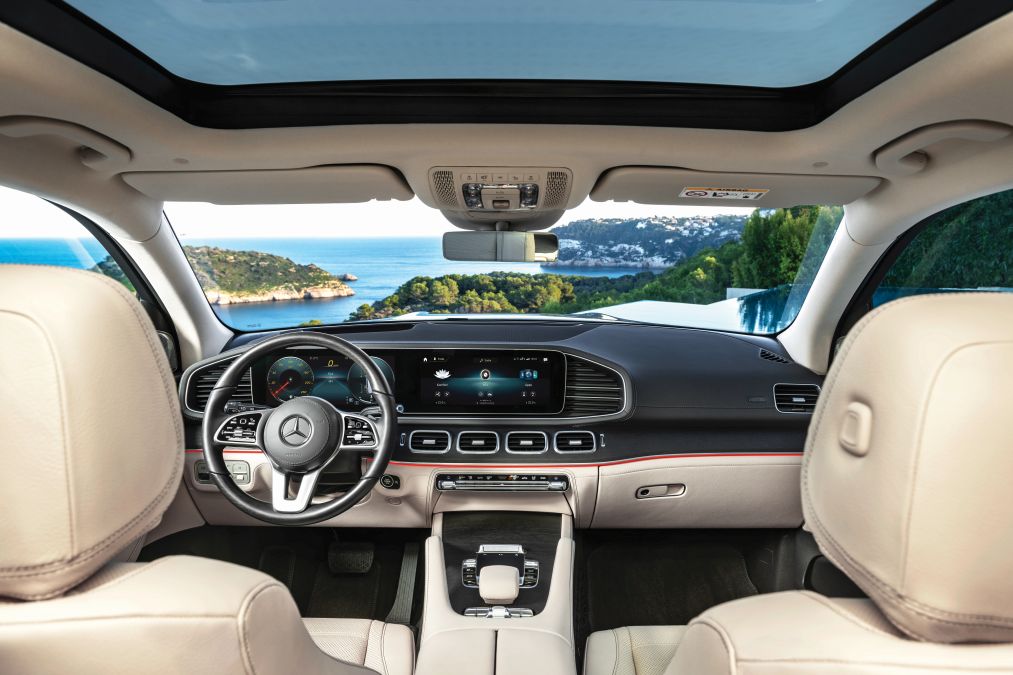 The engine range includes two petrol variants with mild-hybrid tech and a 48V system in the GLS 450 4Matic (inline-6, 367 HP, available only outside Europe) and the GLS 580 4Matic (V8 bi-turbo, 489 HP) and two inline-6 cylinder diesel engines, the GLS 350 d 4Matic (286 HP) and the 400 d 4Matic (330 HP). We had the latter for the test together with the 9-speed automatic gearbox, 4Matic all-wheel drive and adaptive Airmatic suspension as standard.

The new inline-6 turbodiesel OM656 is fabulous, as 700 Nm are available starting at 1,200 rpm, so that, not for a single moment do you actually feel the great kerbweight of 2,420 kilograms. The engine thrusts with the exact same vigor at any speed, the maximum torque being available on a wide range up to 3,200 rpm. 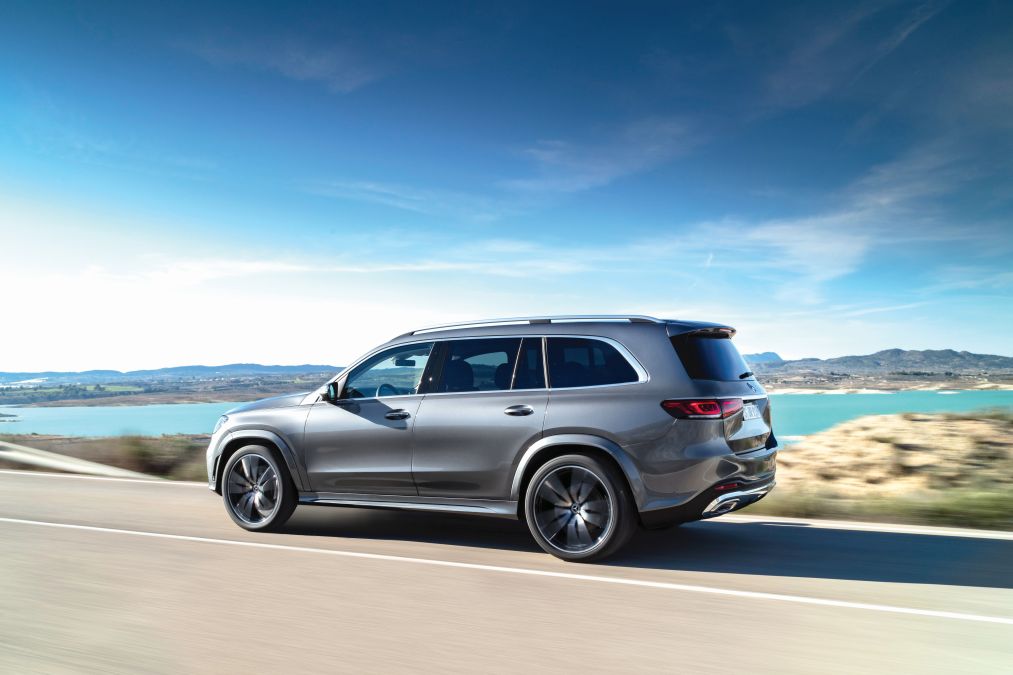 In the Eco and Comfort modes, a certain gear shifting lag can be sensed, but when switched into the Sport mode, the delay almost completely vanishes. At stable speed of 130 km/h, fuel consumption does not go above 10 l/100 km, and in mixed driving with national roads, autoroute and few kilometers in the city, we have achived a fuel consumption of 11.7 l/100 km. The result is good for this road transatlantic and the ever-dropping Cd from 0.35 to 0.32 is a reason for it.

The 6-cylinder diesel is extremely well balanced, very quiet and refined, even though, from underneath the bonnet of the GLS 400 d 4Matic, more than from under that of the S 400 d 4Matic saloon can be heard. The comparison brings the GLS quite a disadvantage, because the S-Class is the quietest saloon in its class.

Despite its ponderosity, the GLS is easy to drive and quite easy to maneuver. The adaptive pneumatic suspension features a firmer setting even in the Comfort mode to reduce body roll and, combined with the 21-inch wheels shod with narrow heels of 275/45 R21 at the front and 315/40 R21 at the rear, comfort does not quite reach that provided by an S-Class, but it is a reference among the luxury SUVs. 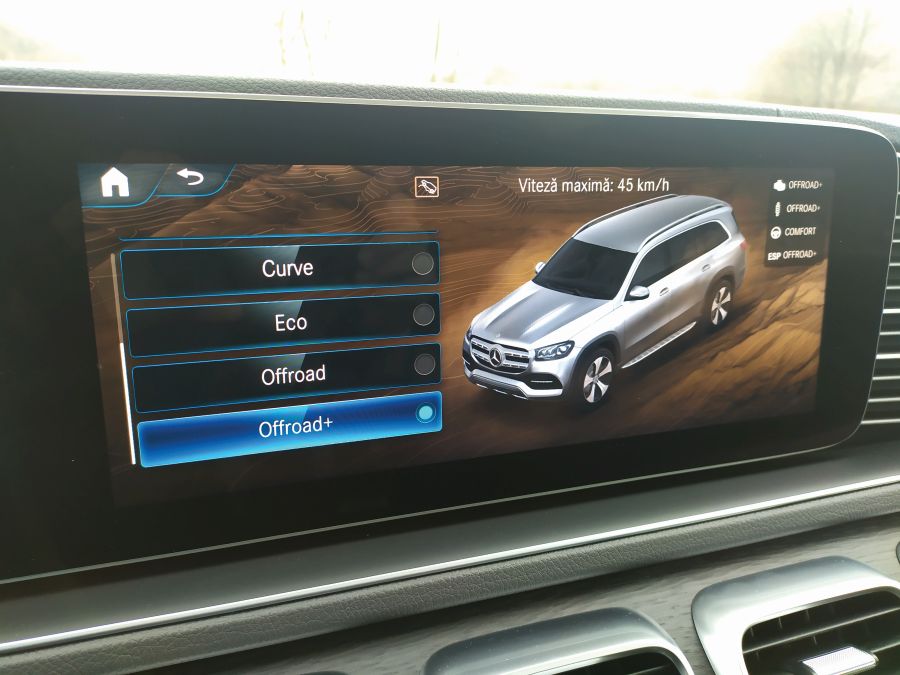 We must indicate that the variant tested by us was equipped with the AMG package (4,284 euro), that includes the aforementioned 21-inch wheels as well. If the off-road package (2,261 euro) with the low range is ordered, in the off-road mode, the suspension is much more supple and absorbs the bumps on the gravel very well.

In the Sport mode, the body roll is reduced even more and the gearbox shifts faster. Optionally, the E-Active Body Control with the Curve function can be ordered.

On the highway, the GLS provides a quiet atmosphere, worthy of the premium segment, even at speeds of 150-160 km/h. Despite the large mirrors and the great front-end surface, wind noise is low for this segment. The GLS 400d 4Matic starts at 90,386.45 euro and when equipped with the AMG equipment line and the off-road package, it is inching closer to 100,000 euro.

Dancing in the off-road

For 7,735 euros, Mercedes-Benz offers the E-Active Body Control suspension, that is the only system on the market individually controlling the damping force on each wheel. It is supplied by the 48V network and the pneumatic suspension generates forces greater than gravity, allowing the suspension to dance or individually modify the travel of the suspension for each of the wheels. The driver benefits from the presence of two buttons in the MBUX system menu:

– Free Riding (free ride mode) in which the car practically dances on the four wheels, a feature that is of great help when you want to exit sand or deep mud, as this dance leads to a swing of the car that varies the pressure applied on the ground by each of the wheels. 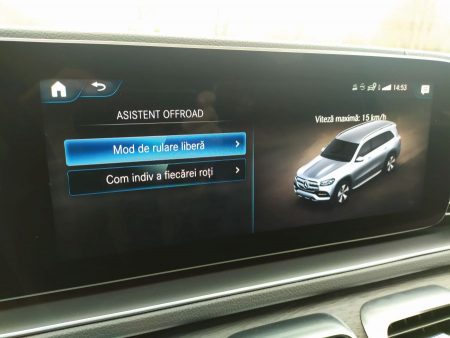 – The individual setting of the suspension on each wheel, by which you can lift or lower the body, that is of much help when running over rocks or large obstacles. 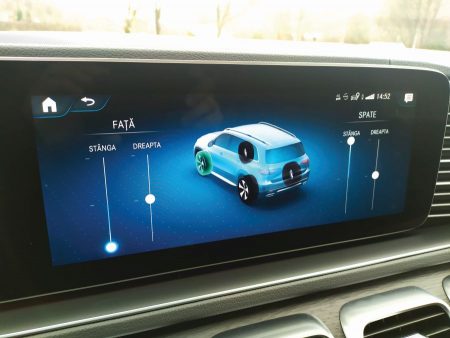 Besides these features that help out in the off-road, the E-Active Body Control suspension comes with the road-scanning system and the suspension adapting depending on the road surface quality, Road Surface Scan, and with the Curve tilting function in order to counter the centrifugal force.

The new Mercedes-Benz GLS is luxurious, very spacious and the 6-cylinder 330-horsepower diesel is refined and quiet enough to take your mind off the gas option. It additionally surprises with the extremely generous standard equipment for this segment in which major options are expensive.