Mercedes-Benz C 111-II turns half a century. Mercedes received blank cheques for it

It was meant as an experimental car with the quadruple-rotor Wankel engine. But its debut at the Geneva Motor Show, in March 1970, sparked expected interest. Customers sent checks in white, desperate to have one. It was the Mercedes-Benz C 111, that never became a series production model.

It was the car industry’s new sweetheart. It was a media favorite. A laboratory on wheels that was only supposed to put to the test the Wankel engine and other new technologies. A second development stage, the C 111-II, with a quadruple rotor variant of the M 950 F rotary piston engine, that developed 350 horsepower. That model is now celebrating half a century.

The merely 1120-milimeter high car with gullwing doors was introduced at the Geneva Motor Show between 12 and 22 March 1970. It featured a glass-fiber reinforced plastic body, screwed to the sheet steel underbody frame. That orange arrow with “Weissherbst” hit 300 km/h. 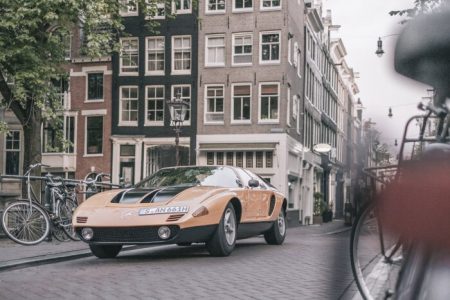 Now an exhibit of the Mercedes-Benz Museum, the C-111 was a dream car from the very beginning. After its sensational debut in Geneva, it was displayed at other events: the Paris Motor Show, London Motor Show (October 1969), Turin Auto Show (October/November 1969), Jochen Rindt Show in Vienna (November 1969) and Essen (December 1969), Brussels International Motor Show (January 1970) and Chicago Auto Show (February 1970). The evolved version C 111-II then premiered in Geneva in March 1970.

It came as comet, sparking interest of all the wealthy sports car aficionados. They sent blank cheques to the car maker for months, desperate to get a C 111. In 1969, an automotive enthusiast from London offered to pay up to half a million German marks. Meanwhile, the brand was trying to keep their enthusiasm under control: the Mercedes-Benz C 111was only an experimental vehicle, never to be sold. 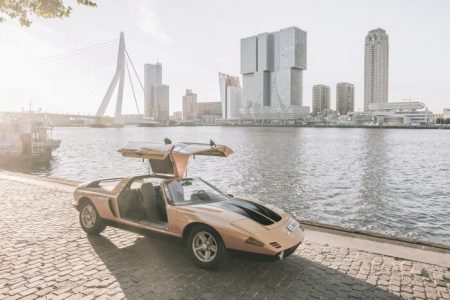 In March 1970, at the Circuit de Monthoux near Geneva, demonstration test drives took place. In December 1970, a 3.5-liter V8 replaced the Wankel engine of the C 111-II.

It was the world’s first vehicle that had been completely designed on a computer.

Rudolf Uhlenhaut, head of the Mercedes-Benz Passenger Vehicle Development department, was very kin on the practical aspect of the model. Therefore, in addition to the regular boot, the vehicle provided space to accommodate one item of luggage on the boot lid, secured by straps, but also an optional skis kit. 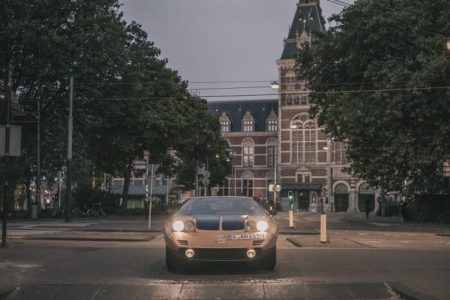 Uhlenhaut was also the man to put the C 111-II through a practically-orientated “butter test”: the procedure consists in placing a pack of butter in the boot during a quick drive and check if it melts, as a result of the combustion engine’s dissipated heat despite the boot’s insulation.