Around 100 Mercedes-Benz cars in just one place. All in Frankfurt, at the motor show that we have been waiting for the past year. The Mercedes-Benz C-Class Coupe, the S-Class Cabriolet and the smart fortwo cabrio are the highlights of what seems to be a dream car collection.

The ball opening will take place on September 14th, with the exclusive media event, starting 7:30 p.m. CET. From that moment on, at the venue that is over 100 years old, the Frankfurt Festival Hall, the Stuttgart grand brand will shine in all its glory, presenting its vehicles up close and personal. So stay tuned and be the first to find out everything there is to know all the way from Germany.

Mercedes-Benz is showing off this year’s novelties at the Frankfurt Motor Show, which is the first occasion for the automakers since March to showcase their latest automotive creations.

That is the car expected to steal the show from the competitors. This baby is the latest member of the S-Class family and only one week old so far, but it surely won’t stand in line for its crown. With its state-of-the-art softtop and tehnologies to annihilate the discomfort of having the wind in your hair, the Mercedes-Benz S-Class Cabriolet is thought to be the world’s quietest and most comfortable convertible. Or so Mercedes-Benz claims. Shall we take their word for granted? 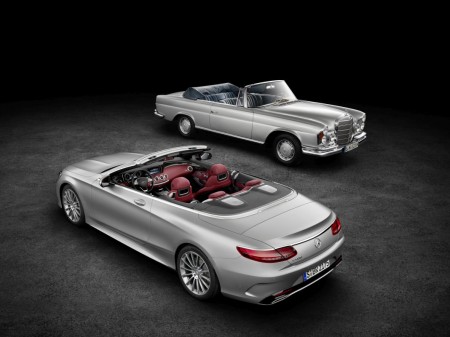 In Frankfurt, the Mercedes-AMG S 63 4MATIC Cabriolet with its 4Matic system, will proudly stand next to the standard Cabrio, to claim its title of king of the hill.

The C-Class family is also expanding. The C-Class Coupe has just seen the light of day and, with its athletic, yet sensuous lines, it is already training to take on its rivals, like the BMW 4 Series coupe next year. And in order to do just that, it brought is more powerful sibling, the Mercedes-AMG C 63 Coupe, for a family world premiere celebration. 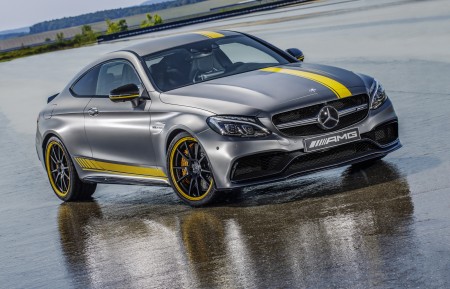 The tiniest of the Mercedes creations will also take center stage in Frankfurt. Presented just ten days ago, with its miniature frame, but solid structure consisting of the tridion cell, the smart fortwo cabrio is the first “real” cabriolet in its segment. Its textile roof can be folded or fully open at the simple touch of a button. And guess what: the speed is not an issue in that operation. 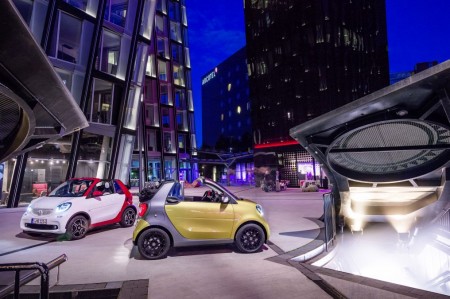 The Mercedes-Benz GLC is also going to show off in Frankfurt. It will be the very first time when the GLK’s offspring is going to be shown in front of a large audience. It will not come alone. The Plug-In Hybrid version, the GLC 350 e, is not going to miss this for the world. 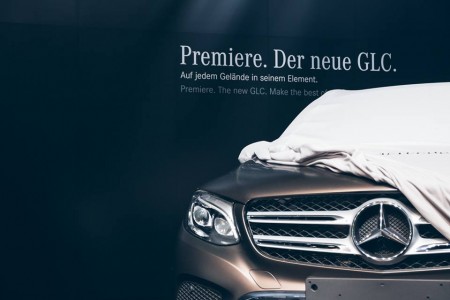 And this is not all. We said there were going to be about 100 Mercedes-Benz cars at the Frankfurt Motor Show and this is how is going to be. The V-Class wrapped up in the AMG Line package, the A-Class facelift first shown at the Goodwood Festival of Speed this past June and a whole bunch of tuning creations are going to join the premium party. The 1000 HP Mansory S63 Coupe Black Edition is going to be one of them.

Sounds like lost in paradise, doesn’t it? The paradise of the premium cars.