Elena Luchian, January 14, 2019
1.27K 0
Home Lifestyle He is the mad man that burned his Mercedes live on Facebook

Over 20,000 people watched live how a Mercedes-Benz owner living in Ireland set his sedan on fire. The perpetrator had announced his plan several days before.

“I’ll burn this Mercedes at 40,000 shares” was the caption accompanying the live video. Even though he was still far from reaching his daring goal, the man put gasoline on the car and simply set it on fire. It all happened on a beach in Ireland.

On social networks, the mad man who calls himself “Strugurel Lingurar” boasts an extravagant lifestyle, showing off with colossal amounts of money, jewels, expensive watches and even relationships with famous people in his home country, Romania. 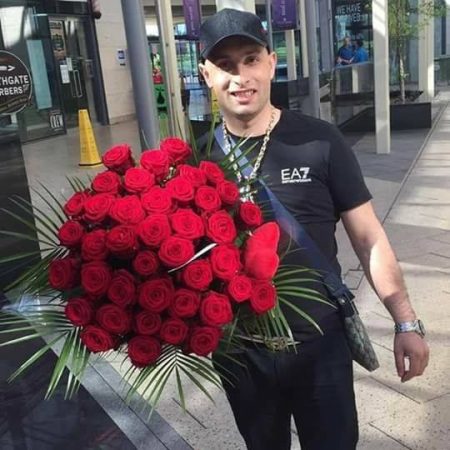 Strugurel is enjoys a notoriety in Ireland. He got the attention of the Irish police after posting a video in which he was drunk-driving a car in the streets of Dublin. Followed by over 80,000 people on Facebook, the man from a small town in Romania is easily recognizable, since he is always wearing a massive golden chain around his neck with a cross hanging from it.

His shows are usually slammed by furious people from his home country, as he is trashes the reputation of the Romanians living abroad.