Mercedes-Maybach SL, the first Maybach based on an AMG model?

At the presentation of the new Mercedes strategy, Ola Kallenius, Mercedes CEO, also announced a Maybach variant for the AMG SL: the Mercedes-Maybach SL. It would be the first time a Maybach version appears on an AMG model.

As is known, the current Mercedes-AMG SL is developed by AMG and has no counterpart in the Mercedes range. Maybach versions currently only exist for the S-Class and GLS which are belonging to the Mercedes standard range.

At the presentation of the new Mercedes strategy, Ola Kallenius announced the premiere of a Maybach version for the AMG SL. Certainly, the Mercedes-Maybach SL will not have a 4-cylinder version as in the case of the Mercedes-AMG SL 43, the most expensive 4-cylinder model in the world, with a price of over 118,000 euros.

We believe that the future Mercedes-Maybach SL will definitely have a V12 engine under the hood because Mercedes is bound by tradition. The last three generations R129, R230 and R231 have had versions with 6-litre V12 engines. In addition, the V12 engine has survived under the bonnet of the current Mercedes-Maybach S 680 4Matic where it is combined for the first time with all-wheel drive and a 9-speed automatic transmission.

At the same time, chief designer Gorden Wagener posted two photos on Instagram:
– A section of the front of the future Maybach SL with grille on the hood and bodywork painted in two colors. New is the Maybach logo printed several times on the bonnet.
– A profile of a luxury roadster. But with the raised rear end it looks more like a speedster. And it doesn’t have the star on the hood, which means it might not be a Maybach version. What could this be? It could be a derivative of the SL to be included in the new MYTHOS SERIES.
MYTHOS SERIES is a range of collector models that will be part of the Top-End Luxury category. And in this model the V12 engine would fit like a glove because exclusivity goes hand in hand with a noble engine like the V12. 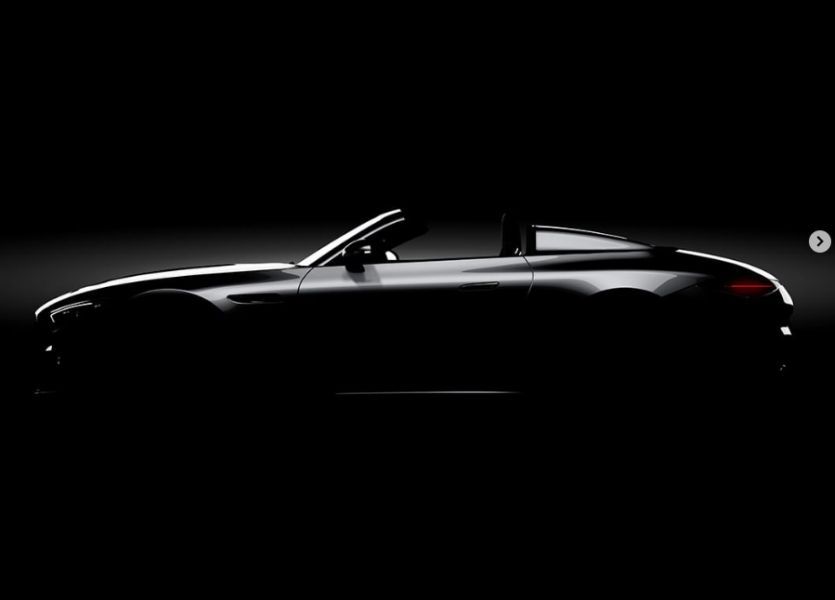