Would a Mercedes-Maybach X-Class make sense?

A Mercedes-Benz X-Class with the Maybach badge on it? Would a super luxurious pick-up truck make sense at all? Maybe not, but it would definitely turn it into the most extravagant pick-up truck out there! And Mercedes comes second to none when it comes to extravagance.

Digital artist Nikita Akysonov already has the answer for the question above, since he rendered the exotic variant in close-to-reality photos. He fitted a new radiator grille onto the model, that now features three chromed horizontal blades, the first one followed by the Maybach badge, all three of them flanked by the headlights with a new layout and incorporated 4-line LED daytime running lights. 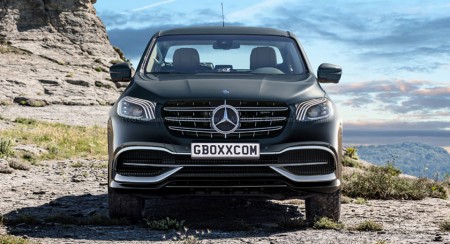 The Saint Petersburg-based Russian artist has also equipped the X-Class with a brand-new bumper with massive air intakes. At the opposite end, there are redesigned LED taillights, a new tailgate handle and a new bumper.

Mercedes has already announced that there will be no AMG V8-powered engine version and a Maybach model wouldn’t be seen on the road or in the off-road any time soon either. The Mercedes-Benz Vans global chief Volker Mornhinweg has already stated that for him, the first pick-up truck in the Mercedes history is “quite impressive already when it comes to styling.” 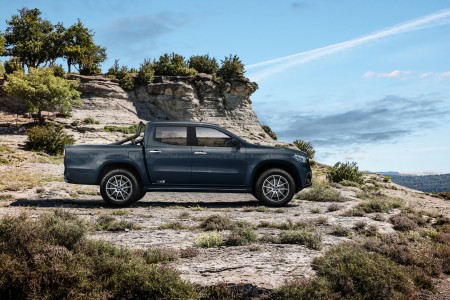 Well, it’s hard to believe any restriction when it comes to models built by the company who sent out into the world the absolutely crazy Mercedes-Benz G500 4×42 and the 6×6, together with the Mercedes-Maybach G 650 Landaulet.