Mercedes-Benz GLC’s world debut is set for June 17. Our colleagues from Autocar could not wait till then, getting a world-first ride in Mercedes’ hotly anticipated SUV. Read on to learn their impressions.

The GLC is based on the same modular underpinnings as the latest C-Class, although it looks like it gets a longer wheelbase than the small executive saloon.

Merc’s engineers were quick to point out that the GLC does without proper differential locks; we’re talking an electronic ESP-based system here, coupled with an air suspension set-up that has three ride heights beyond normal: raised by 30mm or 50mm, or lowered by 15mm.

The GLC did tackle the test site’s mixture of steep inclines, ‘rocking’ tracks (which place two of the wheels in the air) and sharp angles with plenty of aplomb. It always felt unmistakably like a software solution, with occasional rasps from the four corners as the ESP system did brutal things with the brakes, but given the road focus that 99% of these vehicles end up having, it seems easily strong enough for most customers. 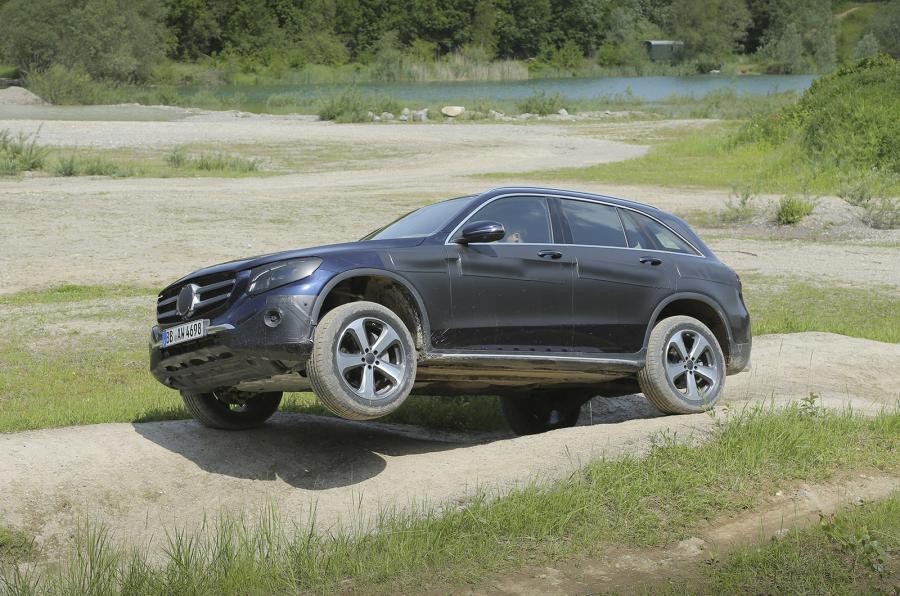 There are a few neat tricks, such as a front camera that guides you down steep slopes ahead of you when the view out of the windscreen is blue sky and little else.

The packaging in the cabin feels clever; there’s room for four six-footers to travel in comfort, or for three to squeeze in across the back. The front occupants will be treated to the same dashboard architecture as in the C-Class, which is no bad thing; you get that single slab of wood in the centre console, with ‘uninterrupted’ grain, and either a large screen if you tick the option box for Comand, or a more modest display that features a Garmin-based navigation system. The materials feel every bit as plush as the C-Class’s. The boot looks a decent size, and there are buttons at either side of the load space to lower the rear seats without having to stretch in. There’s no awkward lip to load items over, either. 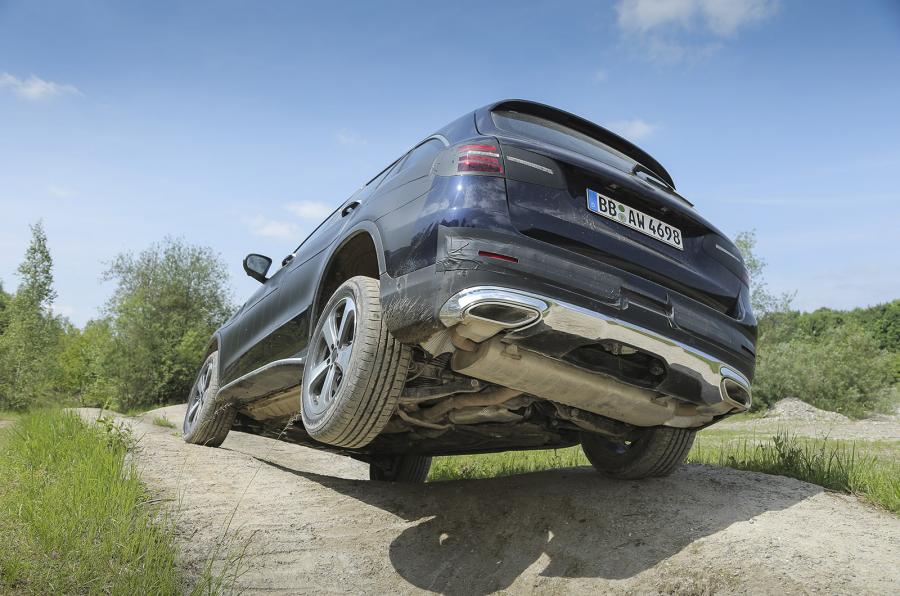 Our car’s petrol engine – the higher-powered version of Merc’s M274 motor, with 208bhp and 258lb ft of torque – felt punchy enough and refined during a brief squirt on surfaced road. The ride was pretty compliant too, given that our car wasn’t on the smallest wheels (likely to be 17in).

Head over to Autocar for the full verdict.