Mercedes-AMG Project One marks the 50-year AMG anniversary. Debuting at IAA 2017, the most extreme AMG hypercar comes with a Formula 1 engine and an additional four electric engines. Total output? In excess of 1,000 hp. Now we have our first look at the interior of the hybrid beast.

The first-ever picture showing the interior of the new hypercar reveals a minimalist design with two large digital displays taking center stage – one placed behind the steering wheel and another at the center of the dashboard. The steering wheel itself has a rectangular shape, very reminiscent of what we are used from Formula 1 cars.

The internal combustion engine of the two-seater Mercedes-AMG Project One corresponds one-to-one to the one from the Formula 1. Hot: The Swabian superflyer gets its power from a 1.6-liter V6 turbo. Customers will be able to say of themselves: I drive a car with an F1 engine. As in the Formula 1 car, two electric engines amplify the power – called MGU-H and MGU-K.

The MGU-H operates both as an electric drive with an output of 80 kW, firing the turbofan in the exhaust stream to eliminate the need of a gas-driven turbocharger as well as a generator. It sits on the turbocharger shaft in the middle of the hot V. The shaft connects the compressor wheel, which sits on the front of the engine, and the turbine in the exhaust flow. Excess exhaust pressure is used by the MGU-H as a generator to either transfer power directly to the second electric motor, the MGU-K, or to transfer energy directly into the batteries. 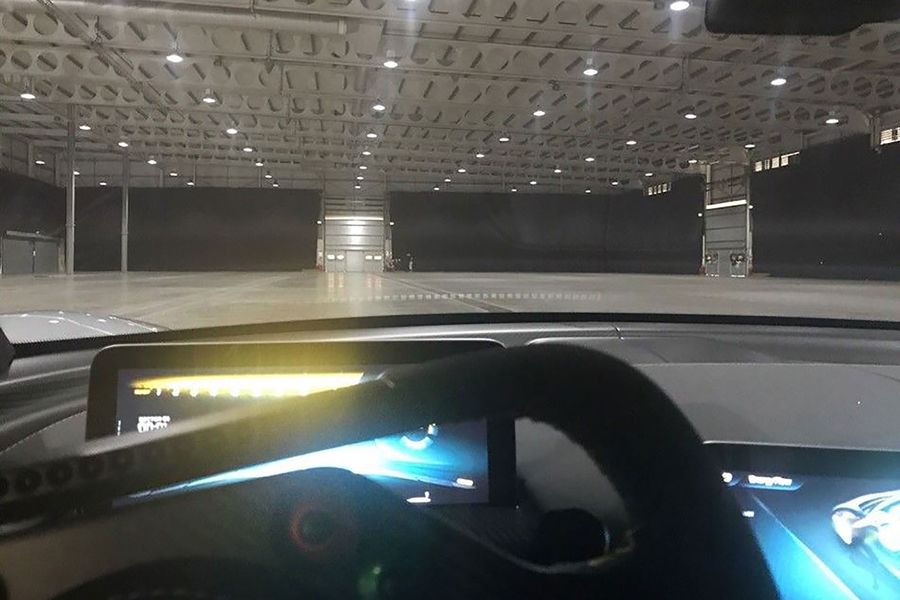 The MGU-K, which generates electricity in traction, performs as in the Formula 1, delivering 120 kW – thus 163 hp. The electric engine is directly flanged to the crankshaft. The Formula 1 hybrid drive exclusively fires the rear axle. The total output should be more than 1,000 HP.

Now the big differences come from the royal class of motor sport. To the front axle we find two other electric motors. In principle, there are two additional MGU-K with 120 kW each. The Mercedes-AMG also allows torque vectoring on the front axle. With the AMG-Hypercar it is possible to drive purely electrically. For this purpose, the center motor is decoupled along with the two E-machines. The two E-engines on the front wheels are supposed to carry the Project One around 25 kilometers electrically.

The battery packs is mounted in the underfloor. The design, cells and packaging correspond to the Formula 1 counterpart. Difference: The storage capacity is quadrupled for road use. The batteries weigh in the formula 1 between 20 and 25 kilograms. This is prescribed by the regulations. The complete drive train must weigh at least 145 kilos. The basic data for the Hypercar are different: around 100 kilograms for the larger batteries, around 420 kilos for the entire powertrain. This is based on the overall weight at which Mercedes-AMG is still working.

“The highly efficient and powerful Formula 1 world champion hybrid powertrain coupled with a full-electric wheel-selective front-wheel drive concept produces a combined system performance of probably more than 1,000 hp (735 kW)”. Can the new Hypercar accelerate faster than the Bugatti Chiron, which gets to 100 km/h in 2.5 seconds? “We’ll be moving on this scale,” an engineer says. Top speed? Mercedes calls more than 350 km / h as a possible top speed.