Chances are good, in fact. The Britons fell in love with the AMG GT S, calling it the meanest Benz there’s ever been, even more awesome than its SLS forebear. With its 508bhp arsenal the AMG GTS easily beats the 424bhp flat-six-powered 911 GTS against the stopwatch.

Porsche’s new 911 GTS is the closest in concept to the Mercedes, mixing the DNA of the crazy GT3 with the one of the more relaxed Carrera S. In short, it simply is the sportiest 911 this side of the super-potent halo specials. Mirroring its GT3 connection, the 911 GTS comes with bespoke black 20in wheels, blacked out bi-xenons, selected aero kit elements, low-drag mirrors, a made-to-measure rear apron, four black tailpipes and two lines of solid black badging on the bumper below the adjustable tail rudder. 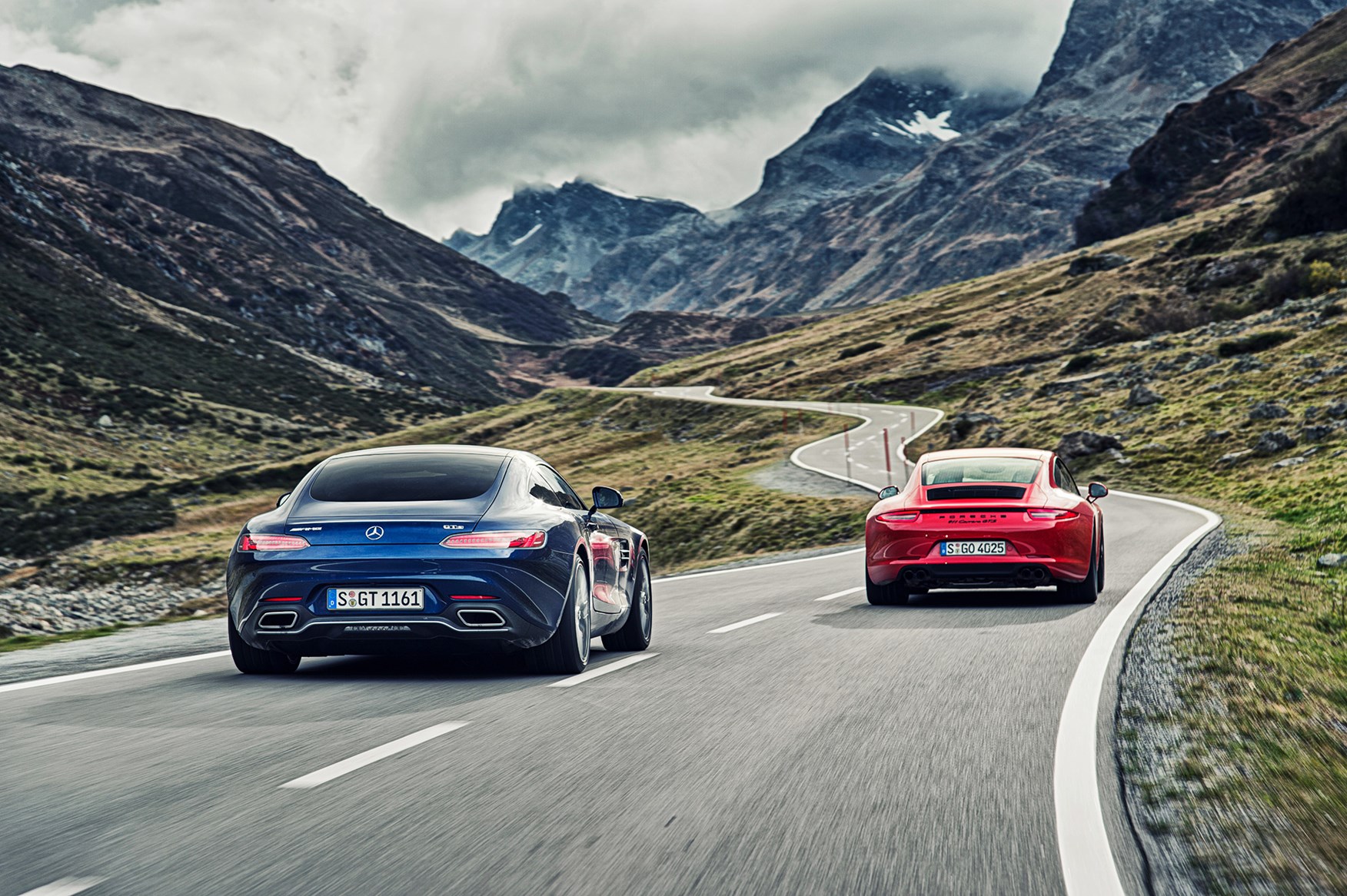 If the comparison was all about sound, the Mercedes-AMG GT S would win hands-down, making heads swivel with its angry exhaust rumble and the V8’s typical flat-out wah-wah. On top of that, it sounds equally throaty from inside the cockpit. This engine note is the soul, the essence and the main motivation behind the AMG GT S bravado.

The mid-range acceleration is incredible in Mercedes’ case. You can literally feel the kick of the explosive twin-turbo V8, which packs the seven-speed dual-clutch transaxle transmission with a massive 479lb ft – on tap between 1750 and 4750rpm. Rev it all the way to the 7200rpm redline, and you’ll go from 60 to 125mph in a hand-stopped 8.0sec. Clearly, the low-slung Mercedes-AMG GT S is the undisputed king of the fast lane. 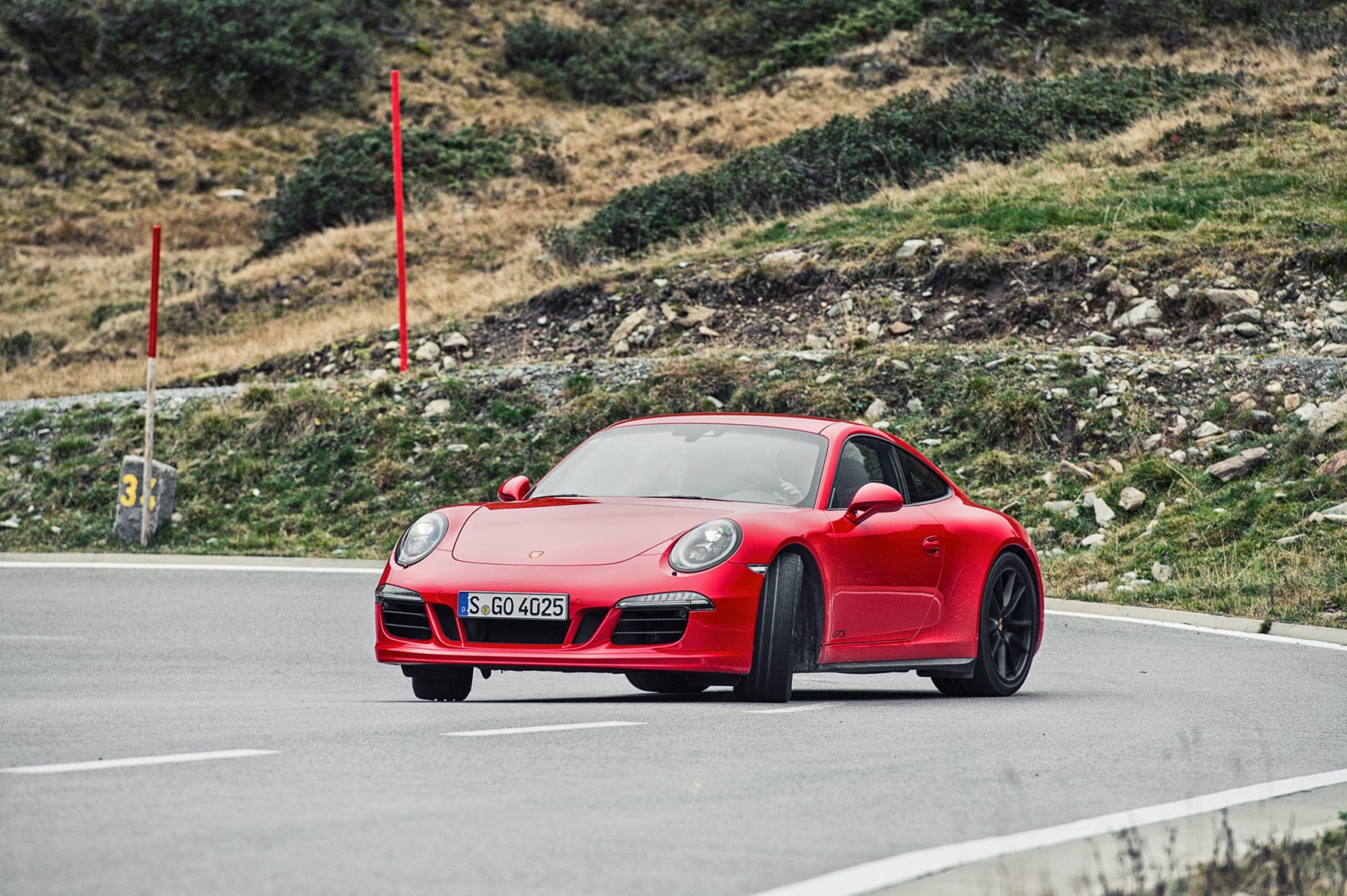 Of course, the 911 and the AMG GT S excel on the race track as well, both having honed the dialogue between input and response to perfection. Merc’s Dynamic Select feature lets you choose from four different personalities when tweaking steering, throttle response, ride comfort, transmission strategy, engine sound and stability control. In contrast, Porsche’s answer, Sport Plus, only firms up the dampers and tops up the gearbox with adrenalin. 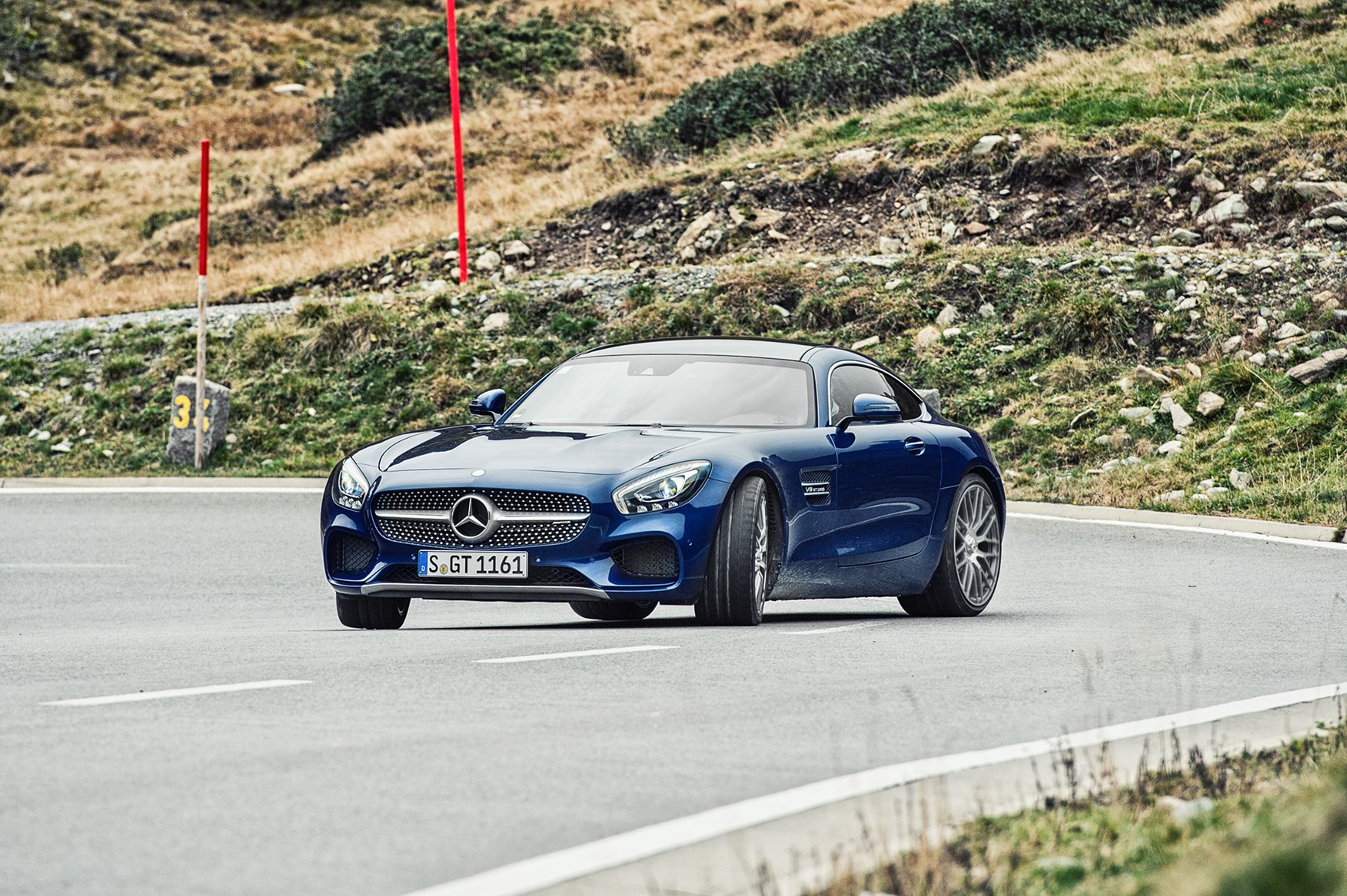 On the wonderful northern climb to the Silvretta dam, the AMG GT S (with ESP in Handling mode) is virtually invincible on the fastest stretches of this panoramic spiral staircase to the sky. The 47:53% weight distribution, the electronic diff lock, the ground-hugging centre of gravity, and the aluminium double-wishbone suspension make the car feel agile and alert, involving and inspiring. Sport Plus mode is ideal, the initially rather light steering feeling firm and meaty in this setup.

Unfortunately for Porsche, the 911 GTS can’t pull off quite as many dynamic tricks. But it doesn’t need any electronic-wizardry to pull it off. Bespoke suspension setting, fatter tyres and wider track, all help the Porsche turn in with even more vigour as the front end will stick-stick-stick all the way through the corner. The rear end carves round in g-force-defying follow-me fashion until ESP eventually intervenes.

Surprinsingly, as Car finds out, at the limit, the Mercedes-AMG GT is more challenging and less composed overall than its rear-engined rival, as the chassis of the Mercedes could do with more compliance for more control and confidence. Since there is no engine sitting on top of its driven wheels, they are under substantial torque stress when the going gets tough. 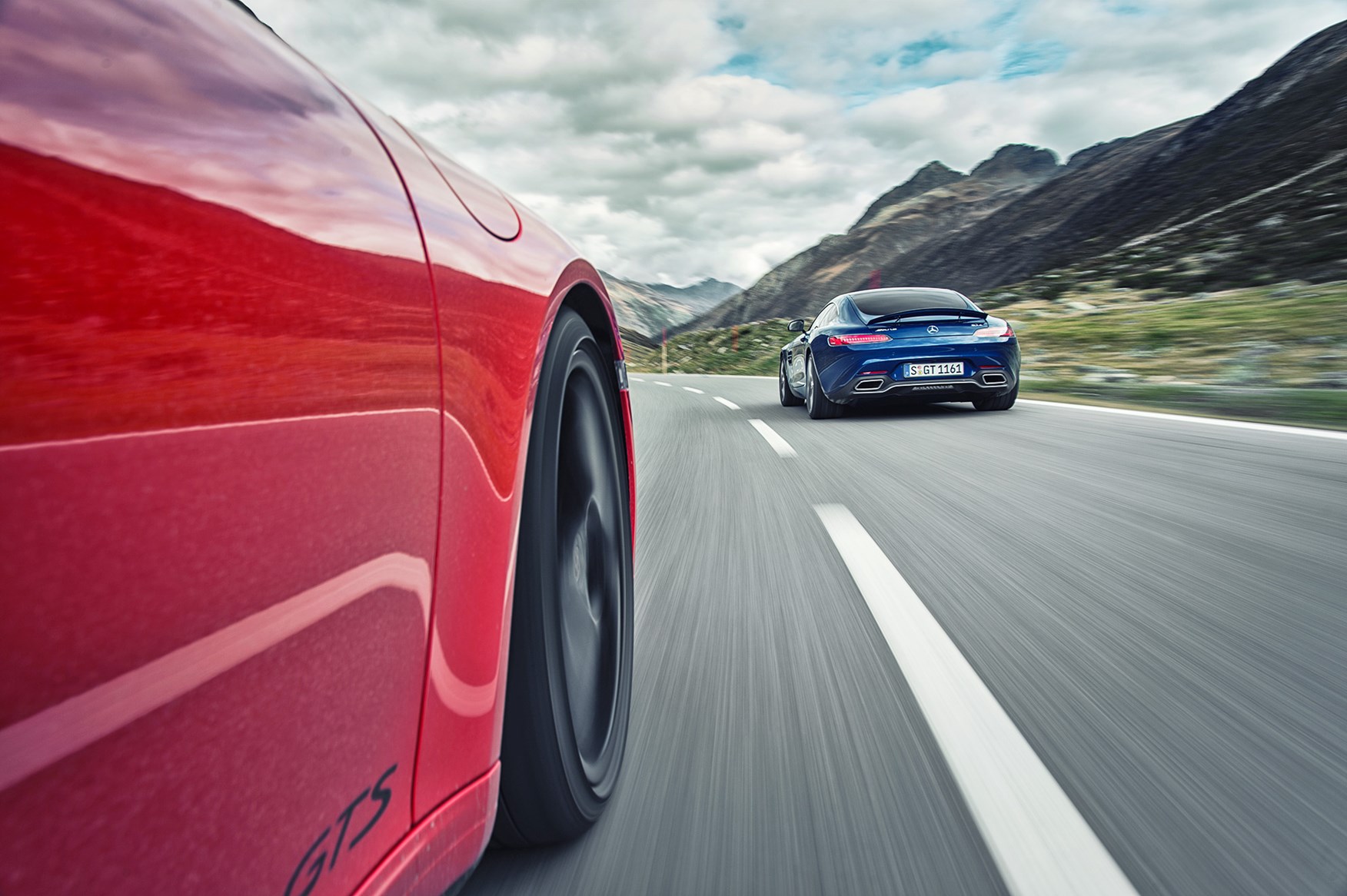 So what’s the verdict? Which concept works best? Is front-engined superior to rear-engined or vice versa? The Porsche is an emotional masterpiece. It is the purer, more focused and ultimately more dynamic choice. The AMG GT S earns its merits as compelling autobahn stormer, superfast long-distance cruiser, major scorer in the street-cred sweepstakes and wholly superior SLS replacement.