A modern, all-new G-Class will be out this year. Carscoops has published exclusive pictures of a prototype and its interior. For the first time we can peek inside the all-new G-Wagen.

The all-new G-Class will be a true revolution in therms of interior gadgets and design, especially compared to the current model. The next generation gets a very modern and luxurious interior featuring a large digital instrument panel and sat-nav display, apparently the same dual 12,3-inch TFT screen arrangement as found in the latest E-class. The prototype in the spy pics features standard speedometer and rev-counter, but the layout is clearly that of a dual-screen friendly cockpit – with optional digital instruments.

Again Mercedes-Benz seems to give the new G-Class an angular appearance that is virtually identical to that of its predecessor. Here and there we expect to find some design influences from the Ener-G-Force. The newcomer seems to grow in width: up to ten centimeters more will take the width to 1.97 meters. The new, widened platform will provide an increased interior space and a weight reduction of several hundred kilos.

In addition to the wider track, the future G-Wagon gets an electromechanical steering and independent suspension. Mercedes wants to finally elevate the ride comfort to a contemporary level. All-new G-Class will feature the new family of six-cylinder engines with top power going as high as 313 hp for the diesel version. 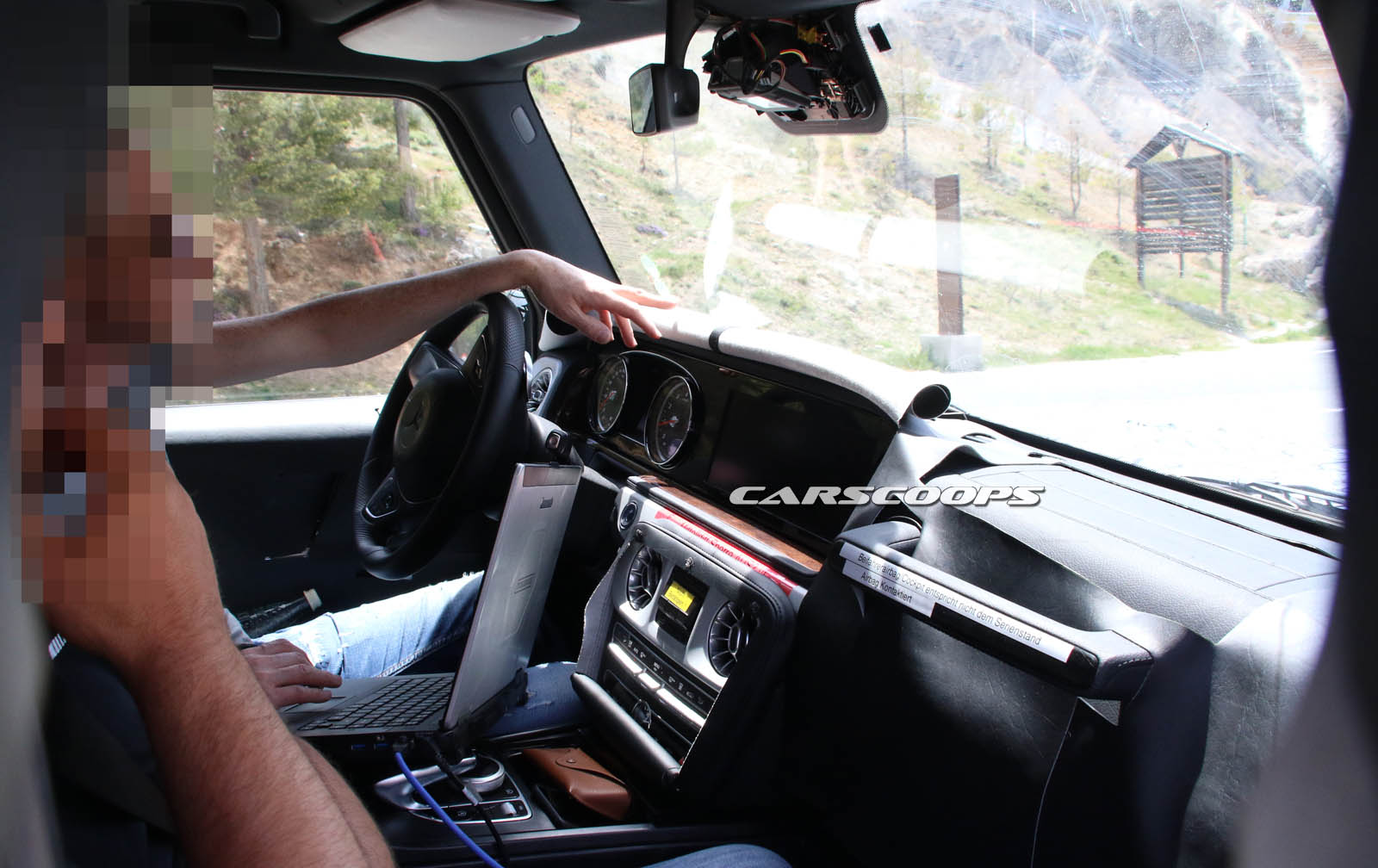