All-new 2018 BMW 3 Series has been spied for the first time. New platform and lightweight materials are confirmed for the executive sedan together with design cues lifted from the 7-Series.

Codenamed G20, BMW’s all-new 3-Series is a crucial model for the firm. Set to receive a shortened version of the OKL or Oberklasse – the German therm for ‘luxury class’, platform, the C-Class rival will use a combination of aluminium, hot-formed high-strength steel and composite carbonfibre parts to reduce weight and deliver exceptional rigidity levels.

CFRP technology will be used not only for structural purposes but also for key body parts such as roof, hood, boot lid and doors. This solution will help bringing down the model’s weight, in comparison to the ongoing generation.

Engine-wise, the new BMW 3 Series will feature prominently the three-cylinder turbo engine family on both diesel and gasoline fronts. The 1.5-litre will sit at the bottom of the range with the 2.0-litre four-cylinder from today’s Mini Cooper S placed one notch above. Ecologists will be happy to hear BMW will continue its hybrid program, no less than two such versions being expected to grace the all-new 3 Series. 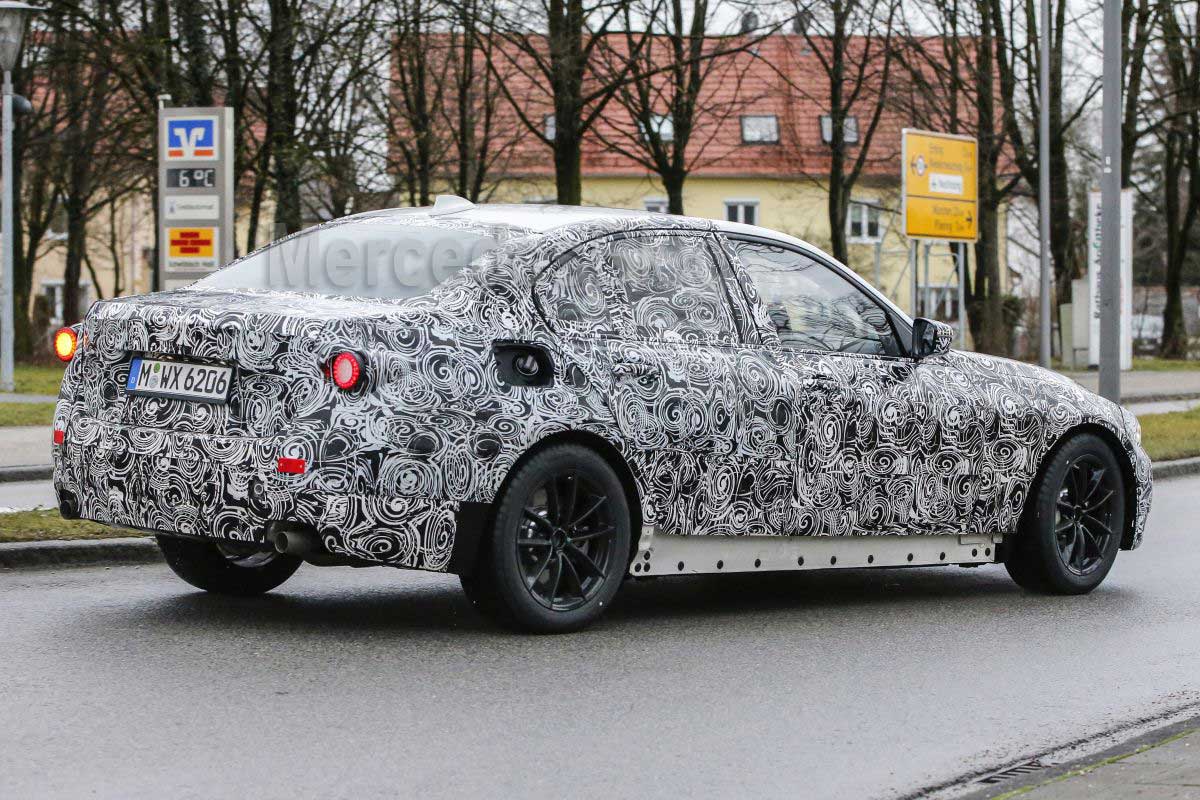 Of course, going up the line-up the 3 Series will only be available alongside the classic in-line six-cylinder engines. Rear-wheel-drive and four-wheel drive variants will both be available. The M3 will likely also retain the bi-turbo L6 formula instead of switching back to a bigger, thirstier V8.

The design is still the best kept secret and the test mule caught by our spy photographers does little to address that. It’s safe to assume, though, that the 3 Series will follow closely its bigger forebears, the new 7 and 5 Series, inheriting the same styling language. The G20 is said to be more adventurous than the current F30 3 Series, a move needed to counter edgier rivals like the Jaguar XE and even Mercedes’ own C-Class.