World Cup 2018 is just around the corner and Carbuyer has selected the Mercedes E-Class T-Model as the best car (based on practicality, performance, economical elements) for an average England fan who would be following their national footbal team by road.

The decision was based on an infographic which is based around the upcoming World Cup and England’s mammoth 5,000 mile journey travelling around Russia. Starting from Trafalgar Square in London, the round trip would sum up 5,163 miles and 94 hours of continuous driving at an average speed of 55mph.

What is the car for this daunting job then? The trip is long so issues of comfort and practicality would be key. We need space for our fans to sit comfortably with enough luggage safely stowed in the boot. A good navigation system is probably worthwhile for picking your way across the Russian plains with their Cyrillic road signs. Reliability and good fuel economy are also vital.

When all the data is compiled a clear winner emerges: Mercedes E 350d T-Model with 4MATIC all-wheel drive. Despite the rather hefty price tag, estimated at £52,500 car, the big Benz offers the needed practicality with its 640-litre boot, performance with its six seconds 0-62mph run and last, but not the least, its impressive consumption figures: 42.8mpg combined. The Mercedes is the best car to choose for the World Cup trip to Russia, winning the original ‘Carbuyer World Cup Car’ title. 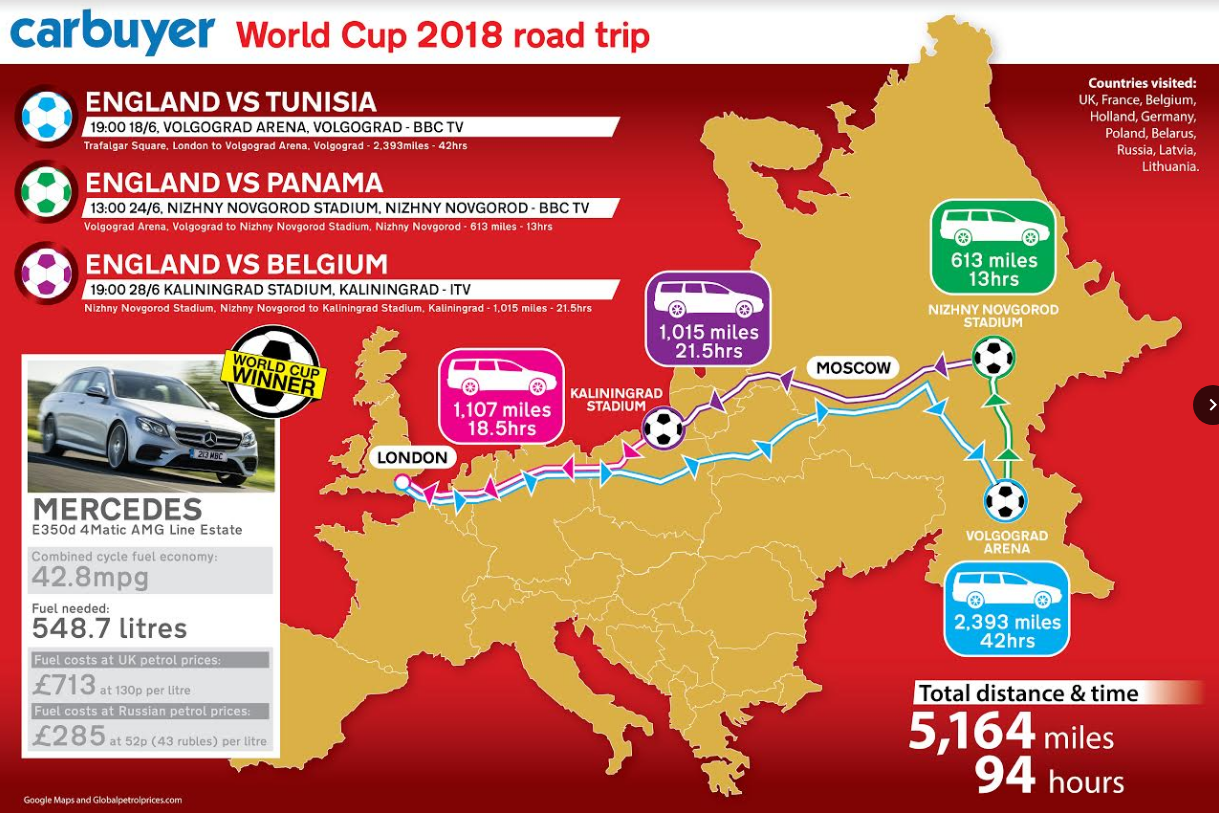