The World Champion: 30 and Fabulous

Lewis Hamitlon has just turned 30 and the two-time world champion told fans: “I am going for number three.” The Mercedes AMG Petronas driver has celebrated his birthday in England, where he returned after spending the New Year in New York, with on-off girlfriend, Nicole Scherzinger.

After traveling the world for driving to his champion title and for some luxurious holidays, Lewis Hamilton celebrated his 30th birthday back home, with his family and with his girlfriend, the pop singer Nicole Scherzinger. 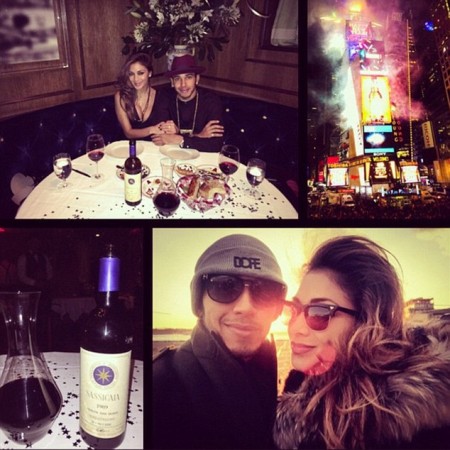 Hamilton posted photos of his special days on Instagram and Twitter and thanked his mother for bringing him into this world. He got wishes from the Mercedes AMG Petronas team, but the most interesting was from his teammate and rival, Nico Rosberg, who thinks Hamilton is not… 30 and fabulous, but 30 and old! The German amusingly made fun of his age: “You are old now. Hopefully it will be easier for me now!” 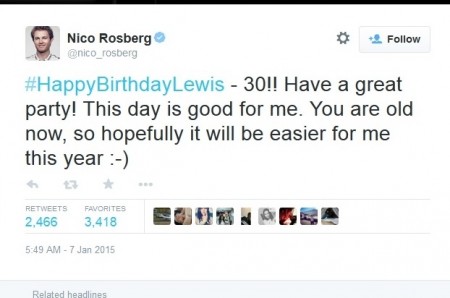 Nico’s teasing is just an irony, as he is only six months younger than Lewis Hamilton. “We’ve known each other for 20 years, we’re not friends”, Nico Rosberg said at the end of the season, after Hamilton had won the title.

For Hamilton’s birthday, it was Rosberg who got the most interesting present. He got Bailey, a blue Great Dane puppy that is currently 2 months old. By the age of one year old, little Bailey will be about 40 kilograms and will continue to grow. 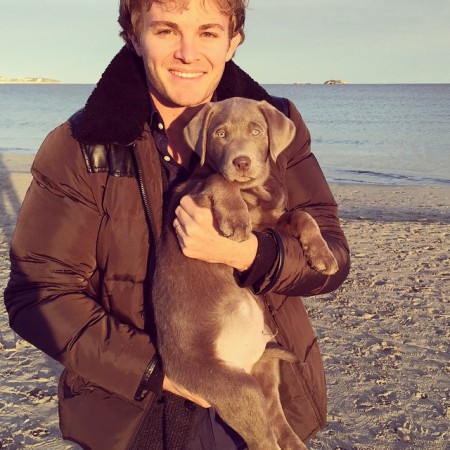 Hamilton also has a dog. A bulldog called Roscoe, that he takes around the world in his 30 million euro private jet. As seen in the pictures, Roscoe is portrayed on his master’s helmet and the dog is the only one Hamilton lends his car to.