Wild and crazy – The coolest AMGs ever made

AMG. Some say it stand for “Ah, my God!”. And why should we contradict this? We all know the “once upon a time story” that started in Affalterbach in 1967. But have we ever thought about the best machineries ever made there? Well, not until today.

If you think we are going to spoil this by telling you the winner from the very start, you got it all wrong. You must scroll down and check for yourself. But we’d dare to recommend you to wait and go through all others, to keep the suspense. AMG is all about that, isn’t it?

The Mercedes-Benz 300 SEL 6.8 was called “The Red Pig”, but it might as well be dubbed “The Flying Pig”, considering its skyrocketing success in the motorsport.

In 1971, the big fat loud AMG luxury sedan made spectators giggle once it took its seat on the starting grid at the 24-Hour of Spa endurance race. It gulped fuel like a drunkard and ate out tyres like fire, but still managed to finish first in its class and second in the overall ranking. That was the moment that AMG arrived in the motorsport. And what an entrance it made.

It was the world’s fastest passenger sedan at that time. AMG had squeezed a massive 5.6 engine under the hood of the prodigious limousine. It was said to be even faster than a Lamborghini Countach from 60 to 120 mph (100 – 200 km).

In the early 90s, the market needed another hot car. And there it was: the spiced up version of the C-Class, the C63 AMG, sporting a six-cylinder engine with quite a decent power: 280 HP.

The AMG got the C racing in the German Touring Car series and got it racking up victories. It was the beginning of a new chapter. 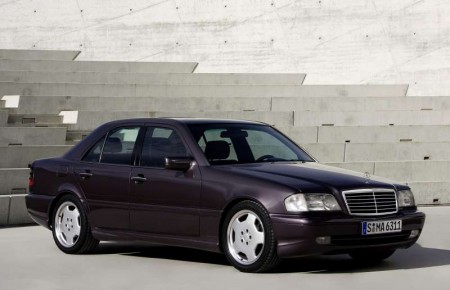 The extremely rare and outstandingly wild SL 73 AMG hosted one of the biggest engines ever produced in Affalterbach. Inspired from the power plant of the SL600 grand tourer, the V12 had the “Abracadabra” treatment to reach a jaw-dropping figure of 518 HP, all coming out of a 7.3-liter engine.

Just 85 such beasts were built. Sooner than desired, the gigantic engine found a home under the bonnet of the 800-horsepower Zonda R. 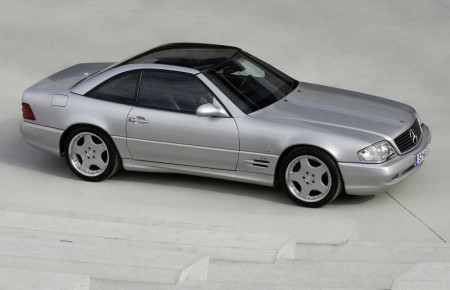 It looked like a dream car and drove like a race car, sporting a rear V12 monster engine. Built for racing in the new FIA GT Championship series in 1997, the CLK GTR was especially designed as a competition car, with the road vehicles necessary for complying with the homologation standards being not quite a top priority when it came to design. With three such racers in the FIA GT Championship that year, Mercedes-Benz won the title, outperforming McLaren. 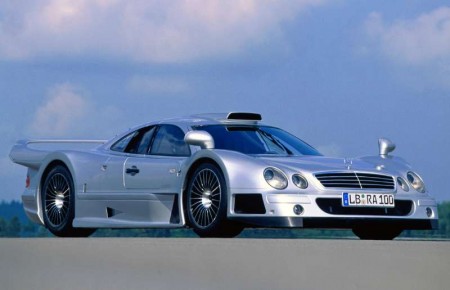