Why Mercedes chose to skip the New York Motor Show?

Mercedes-Benz gives up on being the star of America’s major car shows. After having skipped Detroit, Mercedes will stay away from the New York motor show 2020 as well.

It is now the car makers against the motor shows. The imaginary war is based on what such events provide and the costs for the participation. Shipping all the vehicles to be displayed, assigning people to manage the company’s stand, organizing press conferences and VIP events, taking managers to the location and back are efforts that seem not to have a balance compared to gains. Thus, Mercedes chose to let Detroit, Chicago and now New York happen without the cars with the star. Los Angeles is still on the company’s list of annual events though for the moment, but it is still early for Mercedes to confirm its participation for next year.

The premium car maker chooses other ways to promote its products. The company launches new products through unconventional marketing methods, such as the online reveal of the models, thus reaching a larger range of customers. 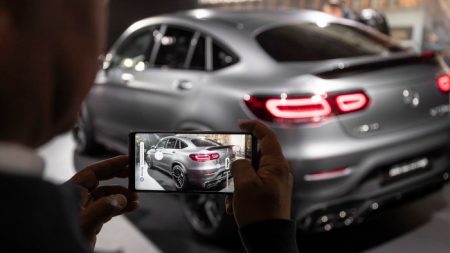 In a statement for Europe Autonews, Mark Scheinberg, the President of the New York International Auto Show, shows optimism hoping that Mercedes’ exit is temporary. “We don’t know what their long-term plans are. Brands change their marketing strategies. Hopefully, next year, we’ll hear back from them.”

Next year is the first for BMW and Mercedes-Benz to walk away from the New York Motor Show, but Audi chose to attend it. In January though, they all joined hands in staying away from the Detroit Motor Show.

Approximately 1 million guests make it to the event in New York every year. According to statistics, 72% of the attendees this year expressed their interest in buying a vehicle in the upcoming year.

Mercedes defends its choice, stating that pop up stores instead have drawn 250,000 visitors and led to 3,000 vehicles sold at local dealerships, figures that car shows cannot guarantee.