Terminator Dark Fate premieres next week in cinemas across the world. The sixth entry in the Terminator franchise reunites the people who made it great in the first place: Arnold Schwarzenegger, Linda Hamilton and James Cameron. And to top it all, a white Mercedes also stars and you won’t guess what model it is.

Unlike many of the semi-sequel, semi-reboot films before it, the new Terminator movie really seems promising with Cameron back on board for the first time in almost 30 years. This film is going to erase all the confusing timelines set by all the sequels that followed and just pick up where “T2” left off.

The setting, 27 years after Judgment Day, plays south of the U.S. border, with a Rev-9 Terminator (Gabriel Luna) emerging naked from thin air (and the future of course) to kill an unsuspecting young woman. This time said young woman is Dani Ramos (Natalia Reyes), a nice-seeming auto factory worker who lives in Mexico with her dad and brother and takes quite some time to grasp the life-and-death situation she’s in.

Thankfully she’s got a protector in Grace (Mackenzie Davis), an augmented super soldier, also from the future, who is part human, part Terminator and has been sent to make sure Dani stays alive for reasons we won’t learn until much later. Riding to the rescue also comes Linda Hamilton’s Sarah Connor. She’s not from the future, but looks and is as fierce as ever.

Without giving too much away, Arnold Schwarzenegger also comes back and adds a dash of life and much-needed comedy when he makes his late-movie entrance. The original Terminator has been leading a surprisingly normal life for the past few decades and it’s this where the aforementioned white Mercedes comes into play. The T-800, now named Carl, has actually worked as a drapes designer who used, you won’t believe this (!), a Mercedes-Benz Vito as his daily driver.

The white van actually plays a significant role and is used both as an escape vehicle and a blunt weapon against the new Rev-9 Terminator. You must see it for yourself next week. Terminator Dark Fate, a Paramount Pictures release, premires on November 1st. 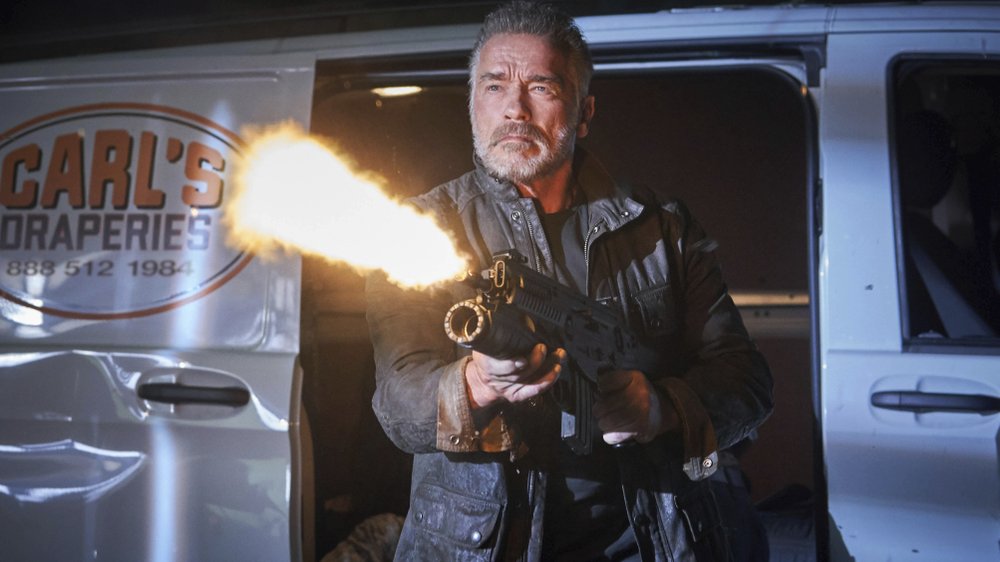