Where will Mercedes-Benz build the new GLB?

The new Mercedes-Benz GLB will be built at two of the company’s plants from America and Asia. The series production is se to start in a few months’ time. The concept was built though, at the Sindelfingen production center in Germany.

The Mercedes-Benz factories in Aquacalientes, Mexico, and Peking, China, will build the premium company’s new SUV. The production will commence once the series production model will be introduced, sometime this upcoming summer, as previously announced by Mercedesblog. The new GLB, without the box and the lights mounted on the roof, will hit the showrooms towards the end of the year. There is a big chance that the car makes its public debut this fall, at the Frankfurt Motor Show.

Mercedes-Benz revealed the GLB concept last week, at the Shanghai Motor Show. The concept is powered by a 2.0-liter engine with 224 horsepower and 350 Nm, connected to an 8-speed 8G-DCT automatic transmission and to an all-wheel drive 4MATIC system. 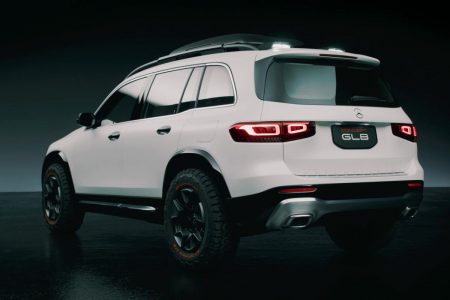 It is the company’s first compact SUV capable of transporting up to seven people and it will slot between Mercedes’ smalles SUV, the GLA, and the GLC.

The German premium car manufacturer is also working on AMG variants. The first to be introduced is set to be the Mercedes-AMG GLB 35, with the 2.0-liter engine taken straight from under the bonnet of the new Mercedes-AMG A 35, with 306 horsepower. The arrival of a more potent GLB 45 is still questionable.