Where it all began – The W115-Based El Camino

The world is still under the impression of the first pick-up truck in the history of Mercedes-Benz, the X-Class. But have we got news for you! Nope, it’s not the first. Not by a long shot.

Mercedes-Benz once built a pick-up version of the indestructible W115-body mid-size sedan, caranddriver.com reports. The vehicle was offered in both a single- and double- cab variants. Both had upright taillights, that split them apart from the luxury sedan of the time. It was built in Argentina, at the Gonzalez Catan plant, between 1972 and 1976, at a time when it was forbidden to import vehicles into the country, yet it was possible to manufacture them locally as CKDs (Completely Knocked Down) with imported mechanical and body parts. 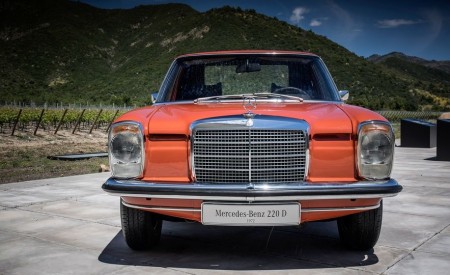 The South Americans used to call that star-branded weird vision La Pickup, as Latino as it could be. The W115-based La Pickup was powered by the OM615 2.2-liter diesel engine, modestly rated at 60 horsepower and fitted with a four-speed automatic transmission, a far cry of today’s 7G- and 9G-Tronic.

CHECK OUT other Mercedes-Benz pickups!

Most Mercedes-Benz pickup trucks held their ground in Argentina, yet a few crossed the Atlantic to set wheels on European soil. The crimson example in the photographs belonged to the Stuttgart’s SSB railway company. The SSB personnel used it on their deployments of lubricating switches. Later on, a private owner converted it into a camper. He was the one who decided to close off the tailgate and replace the vertical taillights with sedan-like horizontal ones. 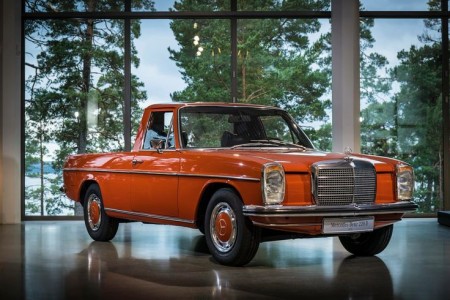 Not vigorous enough to compete against the American monsters, the Mercedes-Benz pick-up truck will keep away from the United States, instead will make a run for its money in the Europe, Africa and the Middle East.

Not vigorous enough to compete against the American monsters, the new Mercedes-Benz X-Class pickup truck will keep away from the United States, instead will take its chance in the Europe, Africa and the Middle East. God forbid if the idea of a modern E-Class La Pickup would cross anyone’s mind. Ever!