What would a really retro Mercedes SL look like?

The legendary Mercedes SL, the Seagull 300 SL, has been resurrected several times with different languages, but now a designer has tried the impossible: wb.artist20 on Instagram has redrawn the icon in a modern robe.

The SLR, already developed in conjunction with McLaren at Merceds, was a kind of a  modern 300 SL, but the real retro sequel was brought by the SLS AMG. The special-shaped, truly seagull-winged car was then followed by a similar but much more accessible car in the same philosophy, the AMG GT.

Graphic designer Oscar V – who is pushing the Instagram with a rethinking of classic cars – admittedly took the Mercedes-AMG GT as a basis, and while there may be some discrepancies in some places, the overall result isn’t so bad.

Mercedes-AMG has been keeping the GT on the market since 2014, so its succession may be due soon, but we still don’t know much about it. For the time being, the sports department is busy with the increasingly problematic Project One with F1 roots. The introduction of the 1,000-horsepower hybrid hypersport car was first promised for the fall of 2019, and then a delay was predicted for a year, but we wouldn’t be surprised if we only saw the fully production-ready car for the first time in 2021. 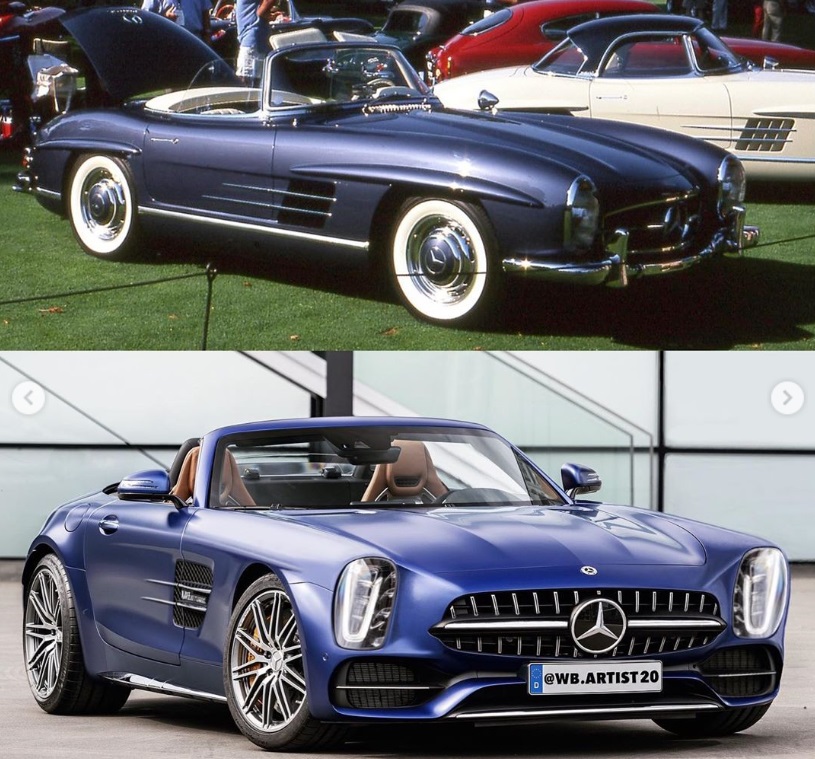 Meanwhile, an all-new Mercedes-Benz SL is also expected to reach showrooms sometimes next year and that car uses many design cues from the legendary 300 SL as revealed in the recent spy pictures we published.