What is the Mercedes-Benz Vision EQXX and when will we get to see it?

Mercedes-Benz has teased the Vision EQXX, partially revealing it in two images. The Vision EQXX will be an electric concept car, that might just be the most efficient ever, as the premium car maker promises.

Never before has an electric car been so efficient. Never before has one been capable of driving so much with a single charge. That is until the Vision EQXX arrives, Mercedes-Benz claims. The car company has shared teaser images and preliminary details of the ultra-special one-off prototype during the 2020 strategy update presentation.

The car would be able to travel from Beijing to Shanghai or from Stuttgart in Germany to Nice in France, without stopping to recharge its battery. There are more than 1,200 kilometers (approximately 750 miles) between the two cities in China. Meanwhile, 815 kilometers set the German and the French city apart. 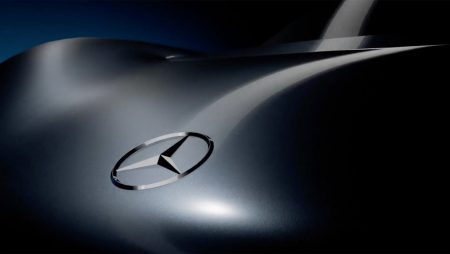 A team based in Stuttgart is working on the development of the vehicle. The AMG High Performance Powertrain group in the United Kingdom is supervising the project. They are thus sharing their expertise in motor racing, as the Mercedes-AMG Petronas is a 7-time Constructors World Championship Winner in Formula One.

The Mercedes-Benz Vision EQXX will follow the ultimate strategy

“The easiest way is to put a bigger battery in the car. But it leads to diminishing returns. The key is efficiency of the vehicle and powertrain”, Mercedes-Benz representatives reveal.

“We have to set up a group of engineers to take on an extraordinary task: to build the longest-range and highest efficiency electric car the world has ever seen”, promises Markus Schafer, head of research and development. “This is a serious project, chasing next-generation technologies. We intend to incorporate the learning into the next generation of series production cars”, he adds.

It is the premium car company’s strategy to take over the world of the luxury electric cars market.