Let the top drop and head to Las Vegas! We’ve got just the right cars for it. Two years after revealing the Mercedes-AMG GT, the Stuttgart grand brand throws yet another beast in the arena of the spectacular cars. It’s the Mercedes-AMG GT C Roadster. Here is the first-ever drive test, carried out by GTSpirit, together with the AMG head, Tobias Moers.

GTSpirit took the convertible Mercedes beast around Las Vegas and put it against the desert landscape around the metropolis, in a demonstration of contrast between the deserted area and the glamour of the AMGs. Bizarre rock formations and grandiose canyons in the Rocky Mountains open winding roads in front of the test cars. 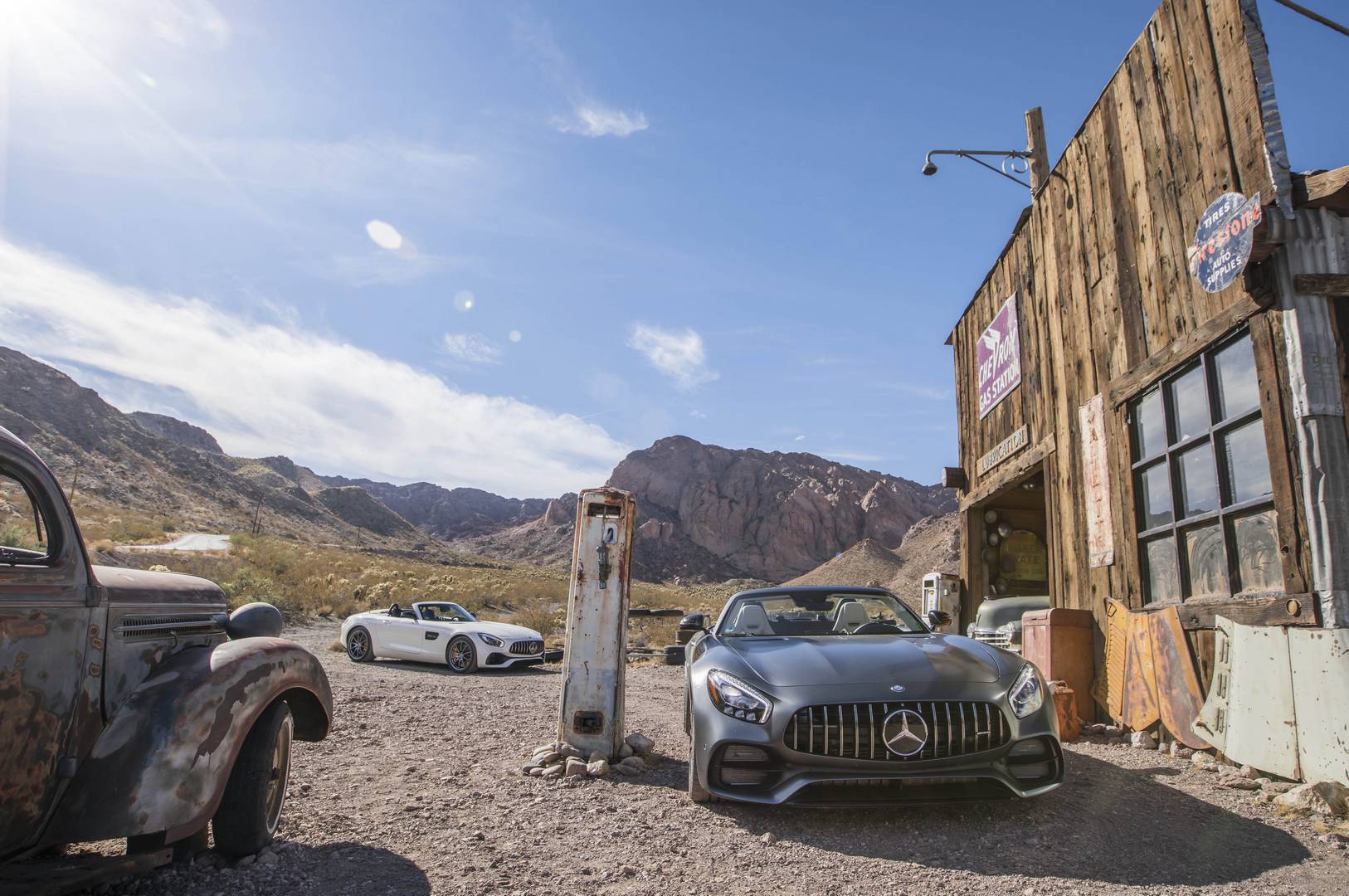 That is what the GTSpirit editors call the perfect setting for these awesome cars: the entry-level 456-horsepower GT Roadster and the fierce 550-horsepower GT C. The Death Valley is the place for some extreme conditions driving, but lately, it has reclaimed by tourists. “We can test everything in Arizona”, says the AMG chief, Tobias Moers. There are no cops watching their every move, no nosy tourists and – which is so important – no spy photographers. 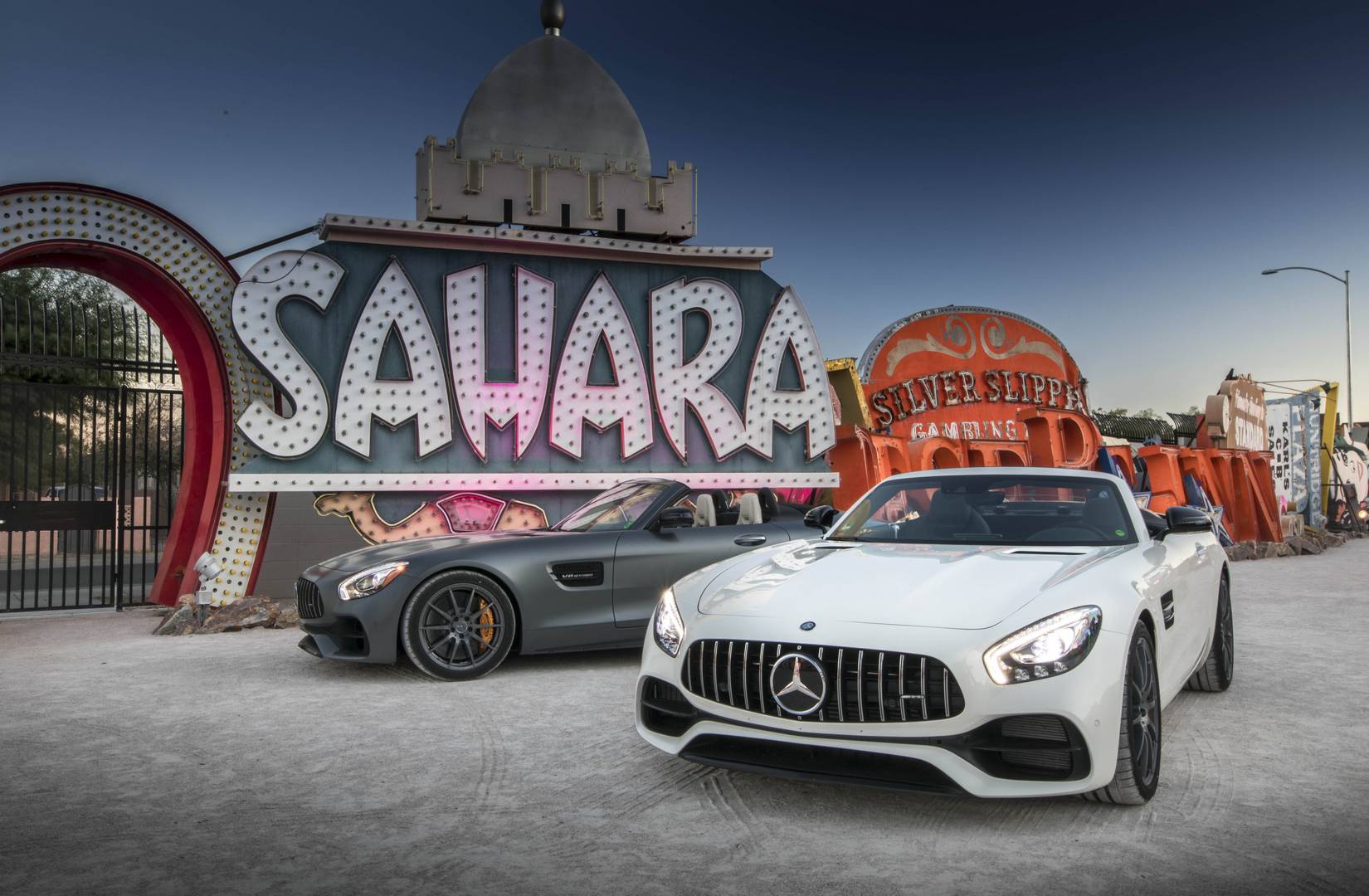 The cars come with all the beauty of the roadsters, but bring some extra aggression and anger, courtesy of the new grille, inspired by the legendary 300 SL Panamericana, a detail that is supposed to make aerodynamics come crashing down and yet, it’s helping it.

The Mercedes-AMG GT C Roadster is, as the names would suggest, more powerful and sportier than the GT Roadster and it’s got all the visual tricks to prove it. It comes with wider tracks, a wider body and various chassis twists. It definitely needs stronger brakes and wider tires, from 255/35 R 19 up front and 295/35 R 19 in the rear to 265/35 R 19 front and 305/30 R 20 abaft. We know where you’re getting to with this. Yes, it’s got a “Race” mode. 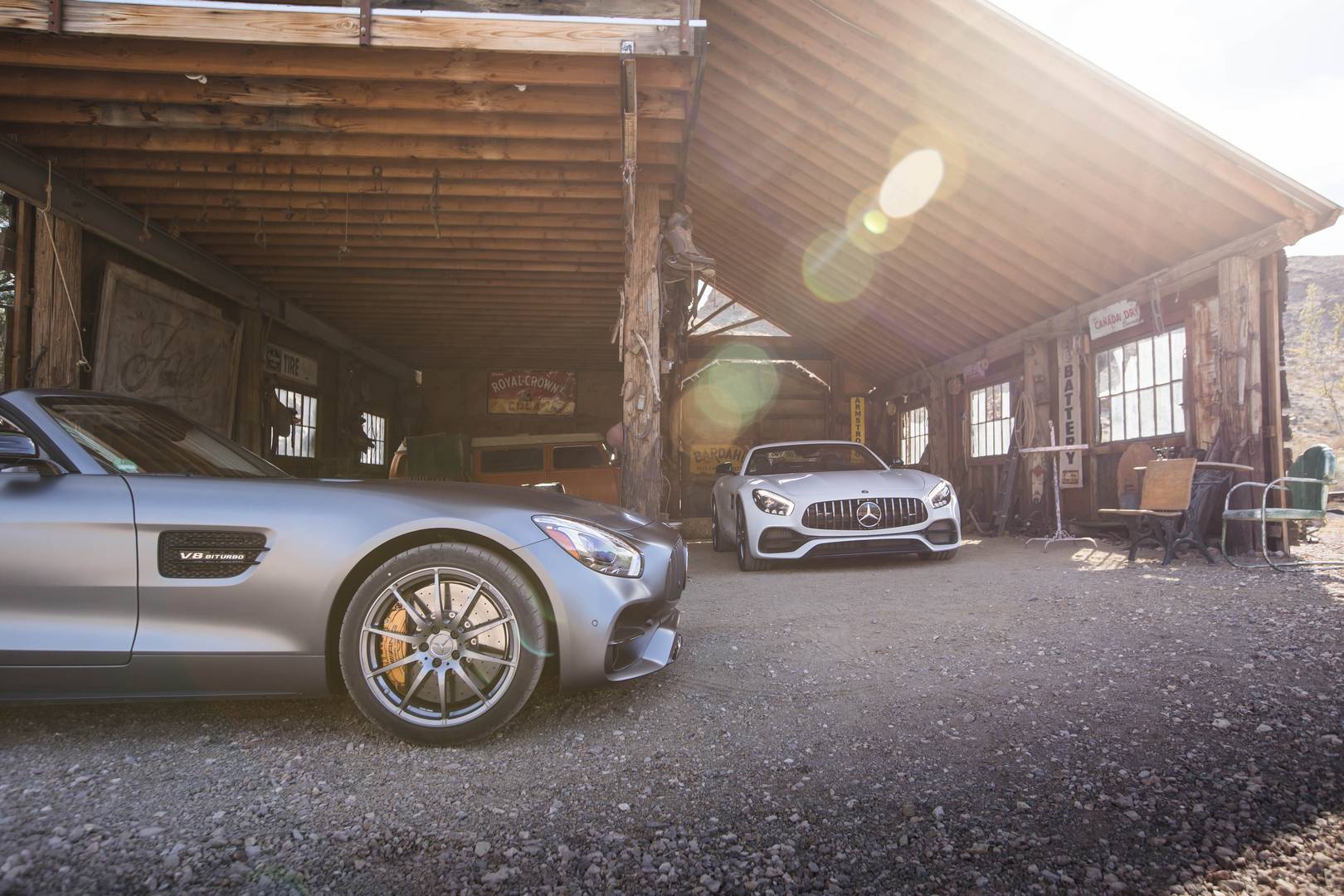 Inside, the buttons on the ceiling have naturally emigrated to the center console in the already familiar AMG-branded cockpit. The low driving position is virtually impeccable. From behind the steering wheel, the driver sees the elongated hood which shelters the exhilaratingly noisy retuned V8 and the road ahead.

The AMG chief is still testing, the car is still in the development stage and it won’t be before spring of 2017 when it will finally hit the road. The trunk lid doesn’t fit well yet, the steering hasn’t been calibrated for series production yet and Tobias Moers notices things that he intends to keep as secrets: “I won’t tell you about them”, he says laughing.

They will surely be cut off before the clients will be able to order it and make things quite uncomfortable for the Porsche 911 Cabriolet.

Head over to GTSpirit for an extensive photo gallery.