Welcome to Detroit! The Final Countdown for the Auto Show

We are welcoming you to Detroit, by the time the Auto Show in Michigan is just kicking off. So join us, not for all the technicality and solemnity, but for what happens backstage and around the city.

The first auto show of 2015 is just starting in Detroit, Michigan, in Cobo Center, a 67,200 square meter (723,000 sq ft) exhibition space that has been, all again, brushed up and ready for a show like only the Americans can display. Sophisticated lighting, concert-like stages, massive video screens, all rated up to $20 million. That is what Boby Whiting, the show’s construction manager says, so we might as well believe him.

It is not sure yet how many new models will be unveiled, but the organizers say that it is likely to top the 47 rolled up in Detroit in 2014. Well, the Mercedes-Benz Plug-In Hybrid C-Class, pictured here in the Detroit low temperature, is surely one of the novelties. Let’s also put, on top of the list, the two AMG Sport Line models – C 450 AMG and GLE 450 AMG. So it definitely sounds like a busy time for Dr. Dieter Zetsche. 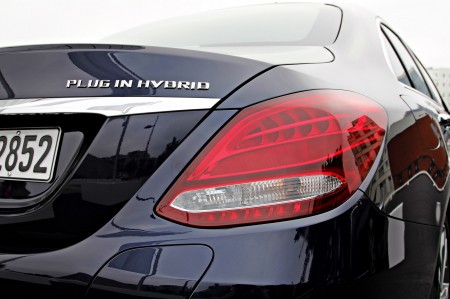 Every model is lined up, brushed up and ready to shine in Cobo Center. Right here, you can see two Mercedes-Benz models, under the tight watch of two security guards, waiting their turn to be escorted on to the show floor. 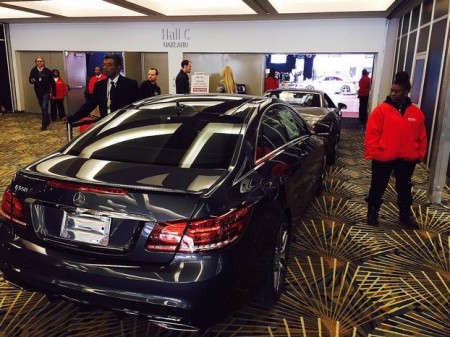 It is quite cold in Detroit. It will be snowing and below zero degrees Celsius (32 F) on the starting day and dropping down to minus 20 °C ( minus 4 °F) throughout the week, the weather forecast says. So the Mercedes models that provide transportation for the team involved in the Detroit Auto Show, will apparently need some massive snow off.

The entire city is covered up in snow and posters designed by the artist Timothy Raines, advertising for the auto event. According to the Michigan Economic Development Corporation’s Automotie Office, 61 of the top 100 automotive suppliers in the world are also headquartered in Michigan. 4000 hotel rooms to accomodate all those who are interested, are within walking distance from the Cobo Center.

This is the whole NAIAS 2015 schedule. We’ll keep you posted, so stay tuned!