We are the champions! Mercedes-AMG DTM driver is the winner!

The curtain falls on the stage of the 2015 motorsport and it falls in style for Mercedes-Benz. After the most successful year in motorsport, the Stuttgart grand brand made the biggest ever celebration at the Mercedes-Benz Arena to show gratitude to fans and to crown the champion of the champions. 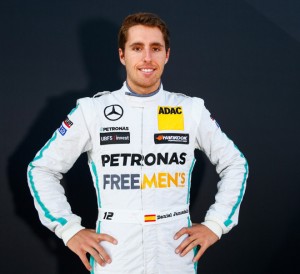 16 drivers raced at the Mercedes-Benz Arenna, including Formula One speed addicts Lewis Hamilton and Nico Rosberg, former Formula One World Champion Mika Hakkinen and Formula One and DTM driver David Coulthard. All were given identical cars and changed the vehicle as they progressed through to the next round.

On the way to victory, Juncadella prevailed over Lucas Auer, Bernd Schneider and Nico Rosberg. His opponent in the final, Pascal Wehrlein, eliminated Jean Alesi in the first round before going on to beat David Coulthard in the quarter-final and Lewis Hamilton in the semis. The winner of the final round under the floodlights of the Mercedes-Benz Arena was Juncadella by a score of 2:0.

In 2015, Mercedes bounced back after a very bumpy 2014. 19 titles in Formula 1, DTM, Formula 3, GP3 Series and the AMG Customer Sports Programme were ticked by the Mercedes racers. 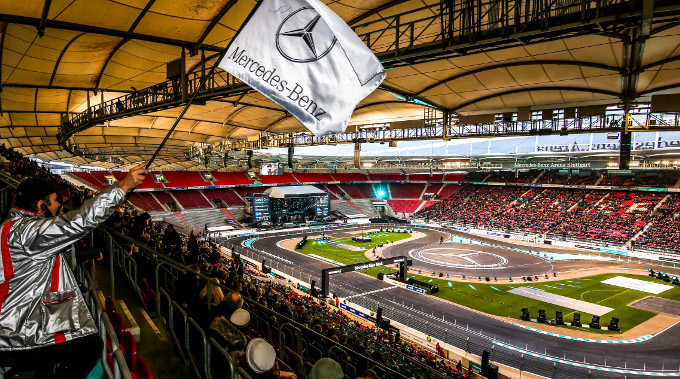 “We’ve had an incredible motor racing year,” stated Ola Källenius, Member of the Board of Management of Daimler AG responsible for Mercedes-Benz Cars Sales & Marketing. “Never in our wildest dreams did we imagine that we would win every series in which we took part this season. Motor racing is incredibly important to Mercedes-Benz. Our brand was born on the racetrack, and this year our star shone brightly as never before in the world of motor racing.”