Vision Mercedes-Maybach 6 – May there be retro-futuristic luxury

Pressing the restart button on the Maybach range in 2015, the Stuttgart grand brand goes one step further, revealing the Vision Mercedes-Maybach 6 at Pebble Beach, as an uber coupe ready to fight the Rolls Royce in the arena of the super luxury. With six meters of jaw-dropping design, bringing the cues of the 1940s „aero coupes” into the 21st century, the Maybach Coupe features gullwing doors and an electric drivetrain.

California stopped breathing and watched in awe as Mercedes-Benz revealed the Vision Mercedes-Maybach 6 at the Concours d’Elegance. Ultra narrow strip headlights, mighty thin side mirrors (are those even street-legal?), an elongated bonnet, prominent fenders and a lengthy sloping roof make up the concept car just shown during the Monterey Car Week.

The vertical struts of the massive grille, the boat-tail rear end and the split rear window make the concept car look as if it bears a central spine and give it the stance of a sheer beast. 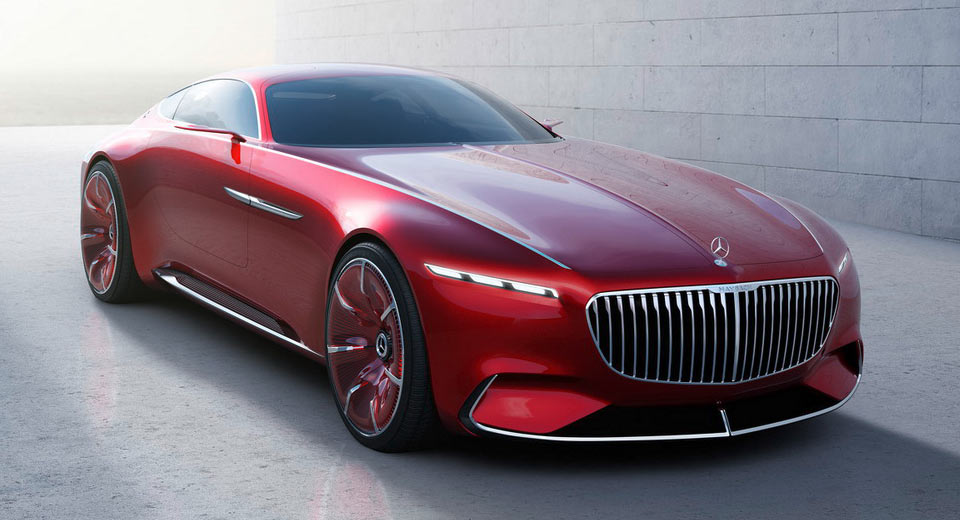 Mercedes-Benz fitted the concept with an electric drivetrain with 750 HP and a range of over 200 miles, provided by an 80 kW lithium-ion battery mounted beneath the car’s floor and four compact motors driving each wheel. Those should take the car running on gigantic 24-inch rims, from a standstill to 62 mph (100 km/h) in approximately 4 seconds. The concept car should hit an electronically limited top speed of 155 mph (250 km/h). 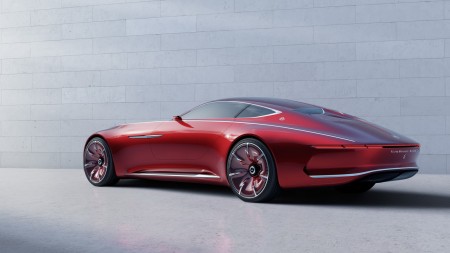 The Mercedes executives claim that the battery can charge for a range of 62 miles in five minutes only, if the strongest charger is used. It also holds autonomous driving capabilities, yet the Mercedes-Benz reps say the occupants should not be deprived of the pleasure of driving such a machinery:

“This is a car you want to drive yourself,” Gorden Wagener, the Daimler AG head of design, told attendees at the cocktail party. “This is something you pass to your children, like a Leica camera or a chronograph watch. Driving has been a pleasure since 130 years and will stay that way another 130 years.”

The media was not allowed to elevate the gullwing doors of the Maybach coupe at the event, yet the official sketches show a high-tech lounge-like interior, that envelopes passengers in illuminated bands of continuous glass trim. The windshield acts as a transparent display, on which relevant data can be projected. 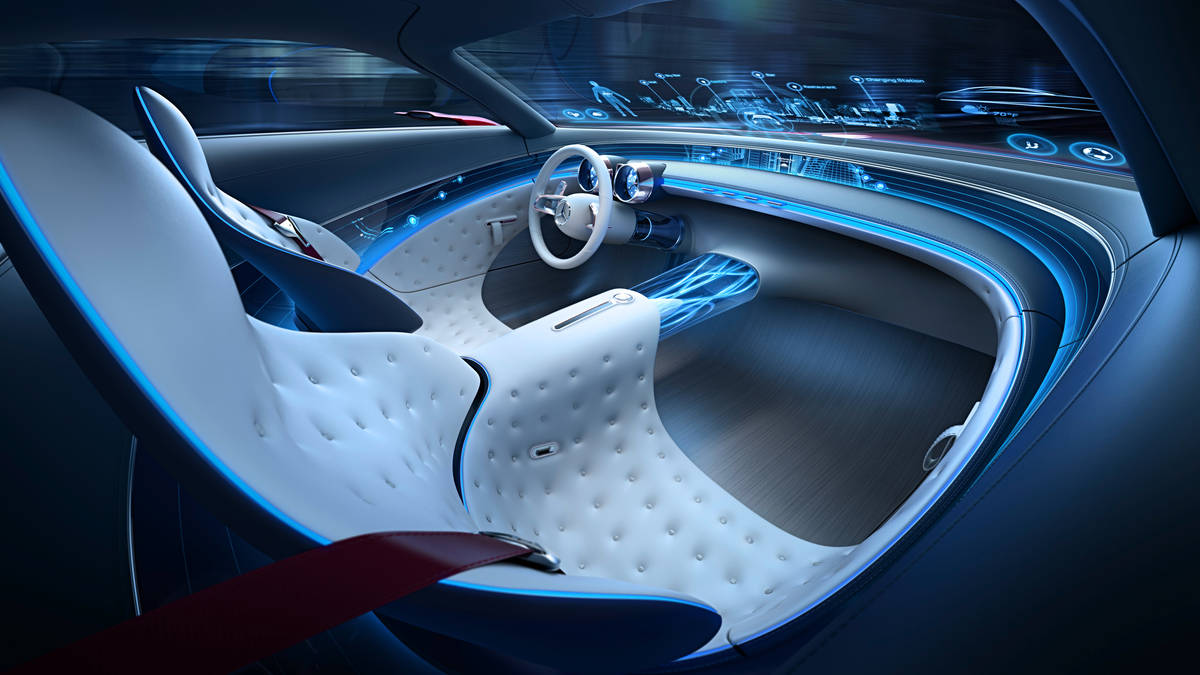 The information can react to gesture control. Furthermore, the body sensors monitor the passengers’ vital functions and decide whether to offer warm or cool seats or even massage. The sensors also determine the color of the occupants’ clothes and trigger “emotional lighting effect” accordingly.

Is it production intent? The statuesque creation surely looks like a tempting prospect of a soon-to-come Maybach coupe, an insight into what the Mercedes super luxurious vehicles will look like in a decade from now.