Not one, but twelve highly-coveted vintage Mercedes models will star at the annual Château Impney’s Christmas Gala Auction on December 9th, hosted by H&H Classics.

Alongside the fine selection of Mercedes cars, rare Bentleys, E-Types, Ferraris will share the spotlight among more than 150 car entries, while a 1935 BMW R12 Military Combination leads the hopes in the motorcycle section.

There are so many highlights among the cars that it is difficult to know where to start, but a stunning 1960 Mercedes-Benz 190 SL expected to fetch £90,000-£110,000, seems like the obvious choice for Benz fans. The example on sale was imported from America by the vendor in 2014 and was immediately subjected to a restoration, the works of which were completed in early 2015. The vendor states that the car has been repainted in very fetching black paint and the interior has been re-trimmed in thick dark red leather. The hard top was restored at the same time and a third rear seat fitted behind the front seats, following in the tradition of the original factory option. 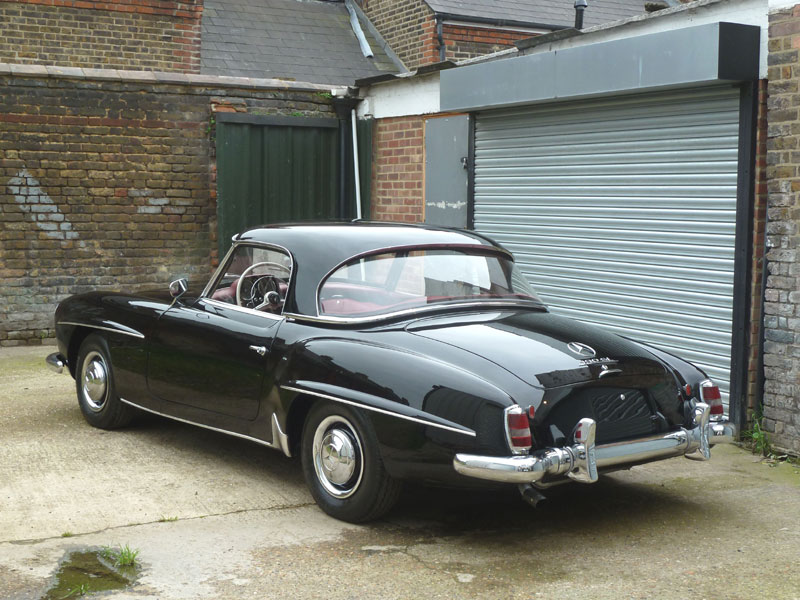 The 190SL was introduced in 1955, the year Mercedes-Benz swept all before it on the Mille Miglia with the 300SLR, and the graceful new two-door convertible grand tourer was sold alongside the road-going version of the SLR, the 300SL, whose styling it strongly resembled. In fact, the underpinnings of the two cars were quite different and, while the 300SL had a purpose-built tubular spaceframe (W198), its smaller sibling was built on a shortened version of the ‘Ponton’ saloon (W121) platform, which was of a monocoque construction.

The 190SL also boasted an all-new engine, an over-square SOHC straight-four unit of 1897cc that produced some 105bhp, which was sufficient to propel the car to a maximum speed of 112mph. The engine was coupled to a four-speed manual gearbox operated by a lever between the seats. The suspension comprised double wishbones and coil springs at the front and a coil-sprung swing axle at the rear. Steering was by recirculating ball and braking by power-assisted drums all round.

Built to the highest standards and among the quickest comparable cars of the time, the 190SL featured a well-appointed cockpit, notable comfort for its occupants and relatively generous luggage space. Under the circumstances, even the steep asking price did nothing to deter purchasers. 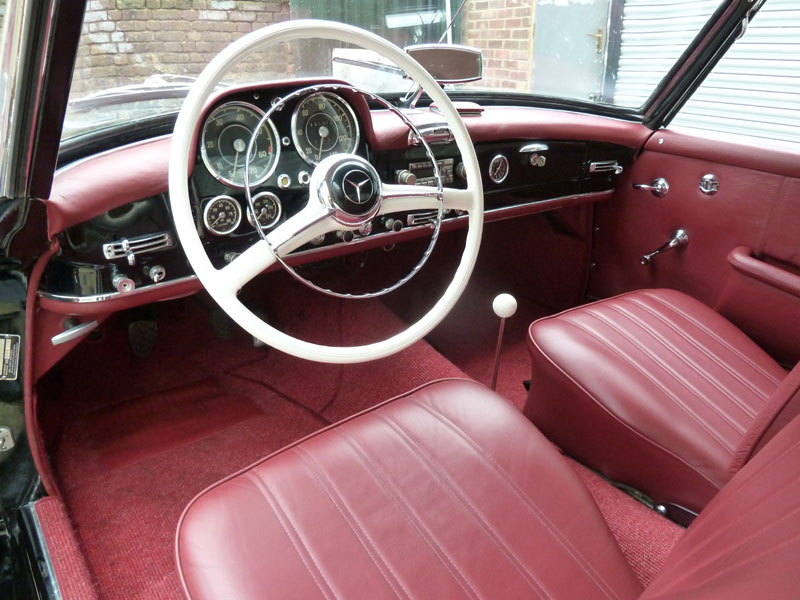 The convertible could be ordered with or without a removable hard top. There was also the option of a third seat that was placed transversely behind the front ones and big enough to carry an adult. The 190SL continued in production until 1963, when both it and the 300SL were replaced by the Pagoda. By this time over 25,000 190SLs had been built.

But the gorgeous 190 SL is not the only Mercedes set to appear at the H&H Classics auction on the 9th of December. The list also includes the following models:

Viewing at Château Impney, Droitwich Spa in Worcestershire is from 12-6 on December 8 and then from 9am on the 9th. The motorcycle sale starts at 12 noon, with the motor car sale following at 1pm. Further details, including those of the Christmas Gala Dinner on December 8, are available on the H&H Classics website at www.classic-auctions.com.