Cars don’t just fly like in the movies. A reckless driver wanted to exit the freeway, but entered a motel instead. And he definitely did not do it the right way. He lost control of his Mercedes-Benz and just flew into the building, with no special effects like in the car-chase Hollywood motion pictures.

This Mercedes-Benz driver is thinking about getting a new car. That’s, of course, if he will ever be allowed to drive again. His Merc is now stuck in the walls of a motel. 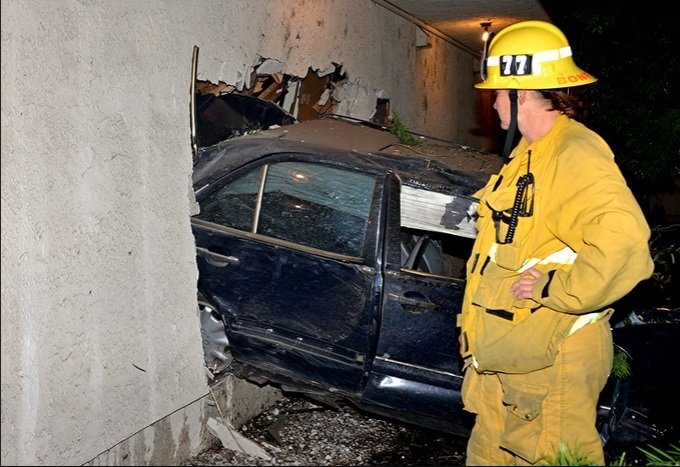 According to the police investigation, he was coming down the exist ramp way too fast, at around 1.30 a.m. on Friday night, spun out and slammed into the rooms 104 and 105 of the Sun Valley motel, located not far from Los Angeles, California. Both rooms were booked, but one tourist was out for the night and the other one was in the restroom. „Otherwise, I wouldn’t stand here alive”, the lucky guy said.

Another guest accommodated in another room told reporters she woke up scared, because she thought it was an earthquake. 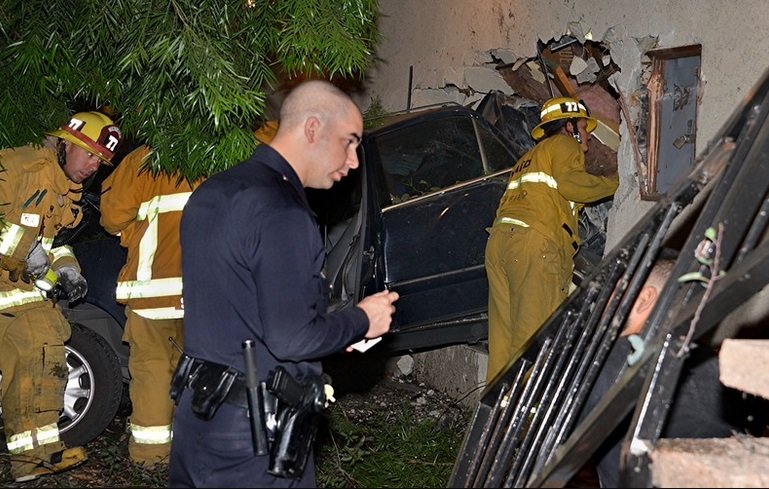 No injuries were reported after the crash. The driver was detained for driving under the influence of alcohol and possible various drugs. He was tested on the spot by the police officers, then handcuffed and admitted into a hospital for further tests. 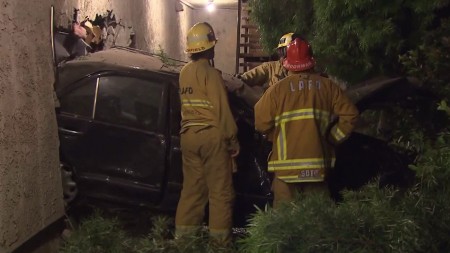 The two rooms that were directly affected, together with the ones above them, are now declared uninhabitale, so the driver’s insurance must surely cover for those, too, now.

Check out how the motel looked like immediately after the midnight crash: