In a new video, Mercedes-Benz is taking Ambassador Lewis Hamilton to its design center. A clay model that the Formula 1 driver seems to be helping with in the video shows a completely new car. Is this the successor of the Mercedes-AMG GT?

In the video posted by Mercedes-Benz on YouTube, we see a clay model of a long, elongated coupé with a rear hatch, just like the current Mercedes-AMG GT Coupe. The Formula 1 driver and champion and none of the designers say a word about the car, but we do not yet know the shape of earlier concepts, for example.

That is why it is possible that the manufacturer subtly gives a preview of what is to come with the video. If we look at the range, we see the Mercedes-AMG GT that has now been available for five years. So, expect an all-new model sooner rather than later.

Given the large wheels that fill the clay wheel arches, it is possible that we will see a model of a new concept car. Many design elements come forward in any case, which shows that the as yet unnamed car borrows many parts of the Mercedes-AMG Project One.

The Mercedes-AMG Project ONE is already out testing

Take the shape of the rear lights or the aero cuts from the front bumper. We also think that Mercedes has also taken elements of the Mazda MX-5, Alpine A110 and Toyota Supra for the new design.

Only time will tell whether or not we thought right and this is the next generation Mercedes-AMG GT. 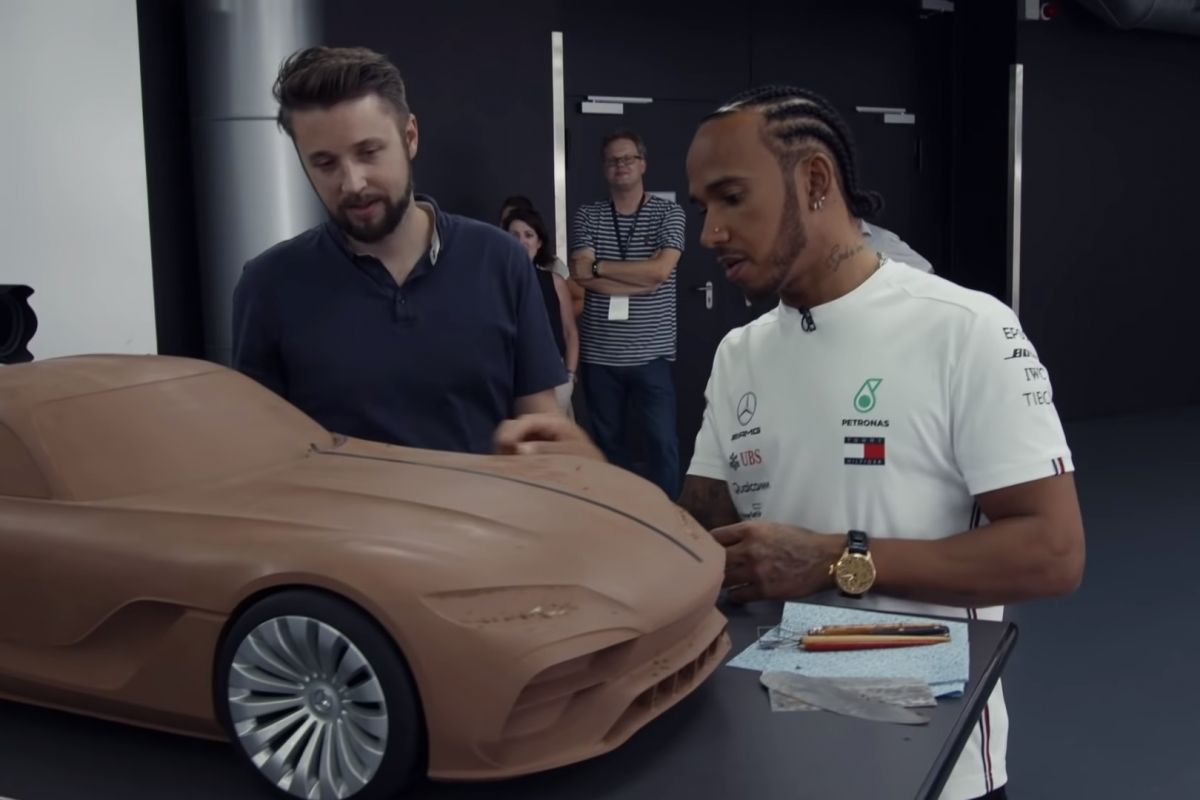