It must really be sweet 19 for the underage Kylie Jenner. The reality show star has just got the all-new Mercedes-Maybach S-Class, as an early birthday gift from boyfriend Tyga. So now she’s getting rid of the velvet wrapped Mercedes G63 AMG.

A report from TMZ shows that the customized vehicle was loaded in a truck and sent to a local dealership in Orange County several weeks ago. The G63 AMG covered in velvet is listed at $145,000 and it’s advertised for as coming with the celebrity factor. The customized monster with red interior upon request is virtually brand-new, as it only ran 4,616 miles. The Maybach and the G63 are just two of the extravagant cars in her luxury fleet. 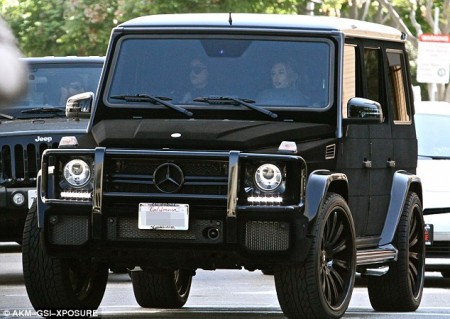 The Kardashian sisters must though have a thing for velvet. Elder step sister Kloe covered her Range Rover SUV in a velvet finish last year.

“It makes me feel cool”, said the fashionista pointing to the velvet fleet, during a TV show broadcast back in April, hinting that it is just a matter of time before the Maybach S-Class gets the exact same coating. 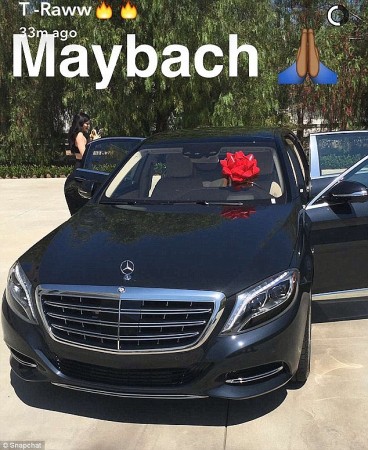 Buying the exclusive Mercedes limousine was just spending some pocket change for boyfriend rapper Tyga, who also paid a half a million dollar settlement with former landlord for rent and repairs to a Malibu mansion, just to avoid going to jail.

Birthday girl Kylie turned 19 on August 10th, but got the Maybach back in July as an early birthday gift and instantly took it to the social media for everyone to know. Not easy to keep a Maybach secret, right?